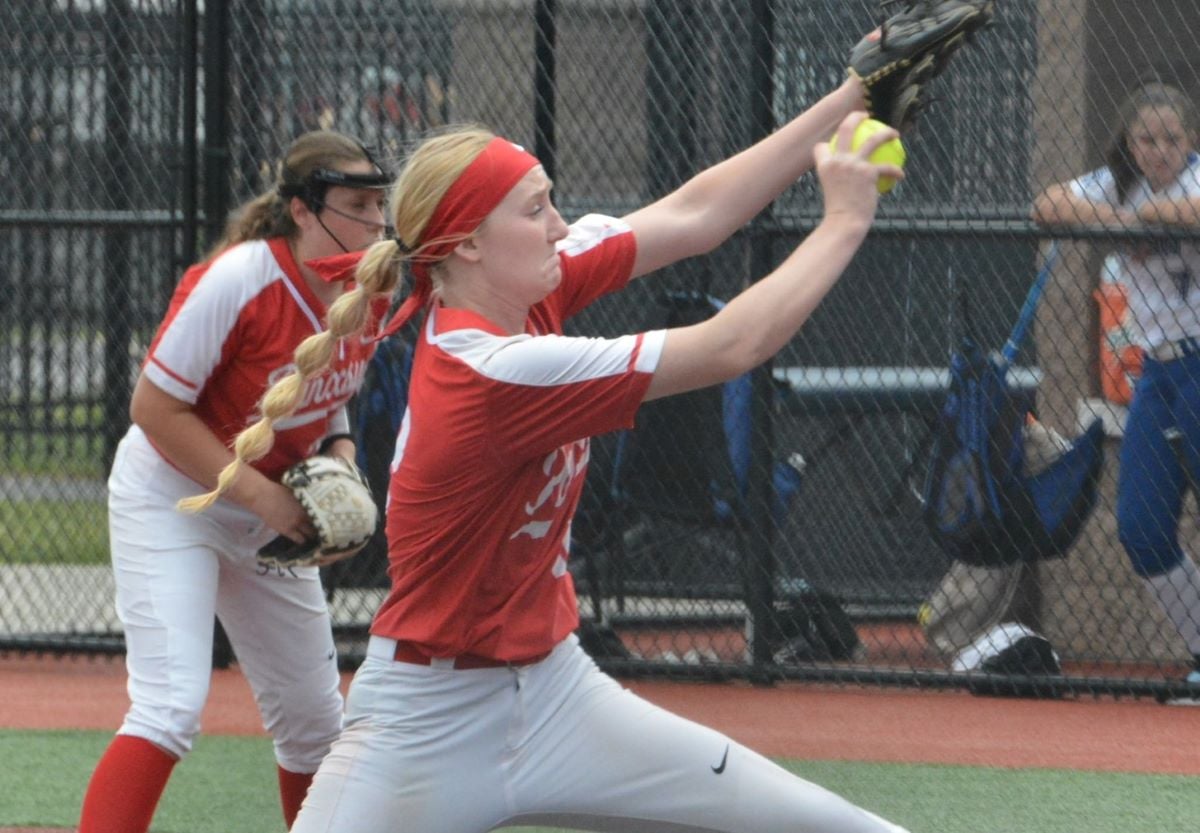 LORETTO, Pa. – Will the magical run by the Punxsutawney Lady Chucks lead to University Park?

We’ll find out on Monday, as Punxsy does battle with Mount Pleasant in the PIAA Class 3A softball semifinals from St. Francis University at 1 p.m., with the winner heading to Penn State and the state championship game.

It’s a run by the Lady Chucks (11-10) that few could have seen coming after finishing the regular season 8-10. What they have done since is play great softball to the tune of a 5-1 over Karns City in the D9 title game, followed by a dramatic 4-3 win over Ellwood City in the opening round of the PIAA playoffs. In the quarterfinals, they powered past Cambria Heights, 6-4 to reach the semifinal round for the first time since their state championship run in 2018.

The Chucks and Vikings (19-3) met back in 2018, in the same round and in the same location, a game won by Punxsy en route to its state title, and they’re hoping for a repeat performance this time around.

Toven belted a pair of home runs in the D9 title game win over Karns City and also doubled.

In the win over Ellwood City, the Lady Chucks were down to their final out in the seventh before Kendal Johnston worked a walk and scored on Ciarra Toven’s RBI double. Kaylee Guidce won the game in the 10th with her RBI fielders’ choice.

Against Cambria Heights, the Chucks built a 6-0 lead on the strength of three unearned runs, as well as a Toven 3-run home run. They held on for the win thanks to the strong pitching of Johnston in the circle.

Johnston comes into the game with an ERA of 2.37. She has walked 18 and struck out 94 in 89 innings pitched. Johnston was a member of that 2018 state championship team but did not pitch in that postseason. So far this postseason, she has pitched 24 innings allowing eight runs (two earned) with 30 strikeouts and three walks.

Shortstop Riley Presloid carries a .408 batting average into the game but has missed the last five games due to injury. She may be available to play on Monday, however. Toven’s .439 average, six home runs and 18 RBIs all lead the Chucks.

Third baseman Elliott Ferrent has driven in 16 runs this season, including a pair in the win over Cambria Heights, while left fielder Sarah Weaver has knocked in 10.

Weaver and Presloid were also part of that 2018 title team.

Catcher Madi Shiok is hitting .238 with eight RBIs for Punxsy, while center fielder Allie Meko is hitting .208 and has also driven in eight runs.

They will be facing a Mount Pleasant team that, quite simply, tears the cover off the ball.

The Vikings are in the PIAA semifinals for the fourth consecutive season (including winning the Class 4A title in 2017), and, while their offense has been great for the duration, their pitching has also gone to another level in the playoffs.

Mary Smithnosky has been nearly unhittable, carrying a scoreless inning streak off 33 into Monday’s semifinal game. In a 3-0 win over Avonworth in the quarterfinal (the team they also beat for the WPIAL title, 8-0), she struck out eight and allowed six hits over seven shutout innings. On the season, she split time with her sister, Sophia, but lately, it’s been all Mary Smithnosky. She has compiled a 14-0 record with a 1.86 ERA and 94 strikeouts in 92 innings pitched, allowing 20 walks.

The game against Avonworth took two days to complete because of inclement weather.

Offensively, it all starts with third baseman Haylie Brunson, who occupies the No. 2 spot in the Vikings’ batting order. The University of Pittsburgh recruit is hitting .595 with 22 doubles, 31 RBIs and five home runs.

It’s much more than just Brunson, however, as the Vikings are a team loaded with offensive talent.

Shortstop Hannah Gnibus is hitting .415 with eight doubles, and 13 RBIs, while first baseman Courtney Poulich is hitting .533 with five home runs and 15 RBIs.

Center fielder Katie Hutter sets the table at the top of the lineup for the Vikings, hitting to a tune of .566 with eight doubles, eight triples and 15 RBIs.

Smithhnosky, meanwhile, also does a lot of damage with the bat. She is hitting .469 with 11 doubles, three home runs and 21 RBIs.

Who Else? DCC/West Greene to Meet in PIAA 1A Softball Semifinals for 4th Time in 5 Seasons Powered by North Washington Rodeo
Union City Aims to Make More History vs. Ligonier Valley in PIAA Semis Class 2A Semis Powered by North Washington Rodeo
This website or its third-party tools process personal data.In case of sale of your personal information, you may opt out by using the link Do not sell my personal information.
×
Manage consent