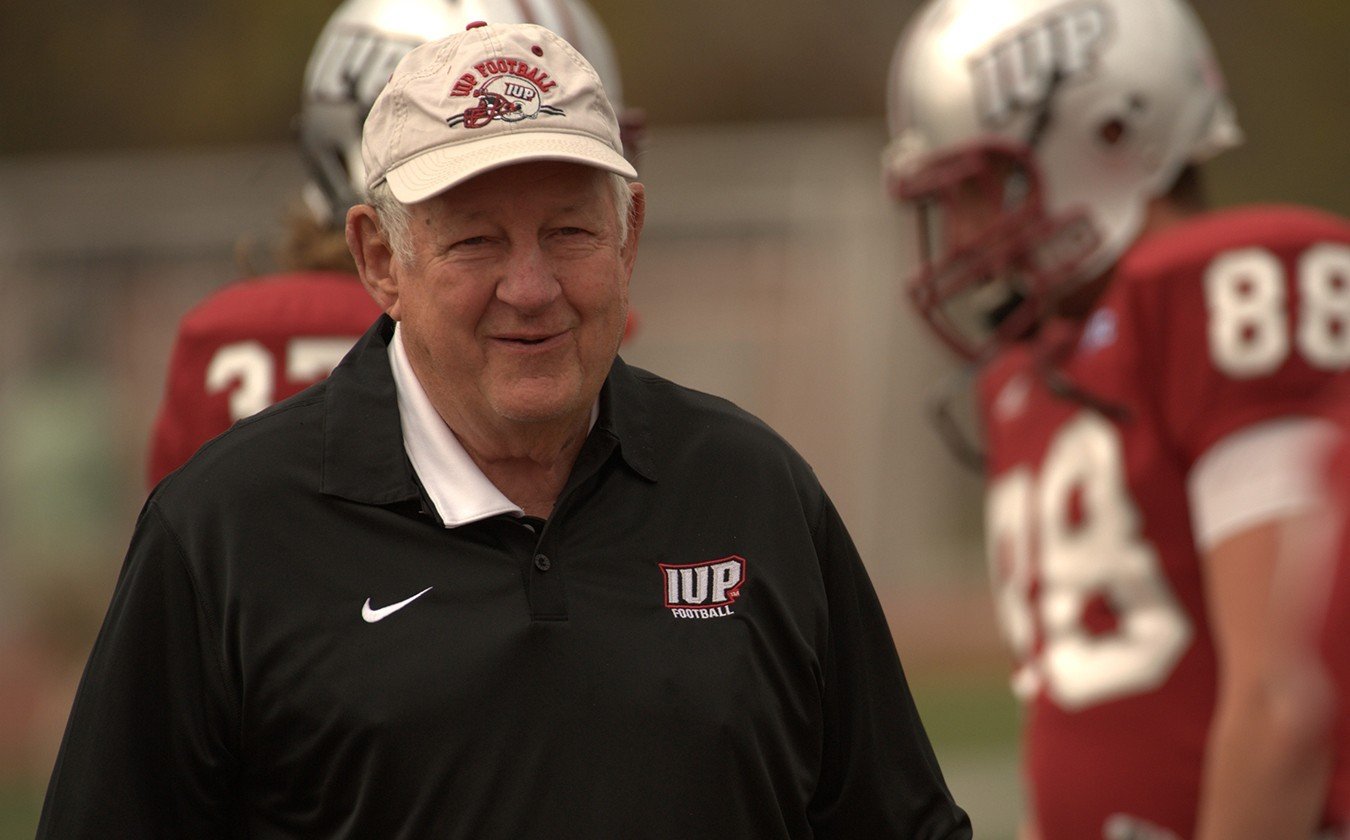 Bernie McQuown, a 1954 Punxsutawney High School graduate who went on to coach high school football at East Brady, Kane, and Indiana High Schools before becoming an assistant coach at IUP has passed away.

McQuown is probably best known for his time as the head football coach at Indiana High School where he spent 21 years coaching the Little Indians (1966-86) compiling a record of 133-56-9 including unbeaten seasons in 1976 and 1985. He led Indiana to three conference titles. McQuown was named the 1980 Pennsylvania AAA Coach of the Year.

A 1993 inductee into the Pennsylvania State High School Coaches Hall of Fame, McQuown started his coaching career as an assistant coach at Punxsutawney in 1958 before becoming the head coach at East Brady from 1959 to 1961, which was shortly after the Bulldogs’ program was restarted in 1954 after a 14-year hiatus. Playing as an independent for two years, East Brady went 1-7 in 1959 and 1-6-1 in 1960 before joining the Little 12 Conference in 1961 going 4-5 overall and 3-4 in conference play.

After stepping down as Indiana’s head coach, McQuown went on to coach at IUP for 28 years with his last season being in 2014. He was the special teams and defensive ends coach during his tenure with the Indians/Crimson Hawks.

After graduating from Punxsutawney High School, McQuown went on to earn his teaching degree from at Juniata College, where he was a Little All-American and All-East selection as a senior. He is also a member of the Indiana County Sports Hall of Fame.

District 9 Releases 2021 Football Playoff Brackets
Oct. 30, 2021 D10 Football: Cathedral Prep Rallies For Win; Lakeview Outlasts Franklin
This website or its third-party tools process personal data.In case of sale of your personal information, you may opt out by using the link Do not sell my personal information.
×
Manage consent