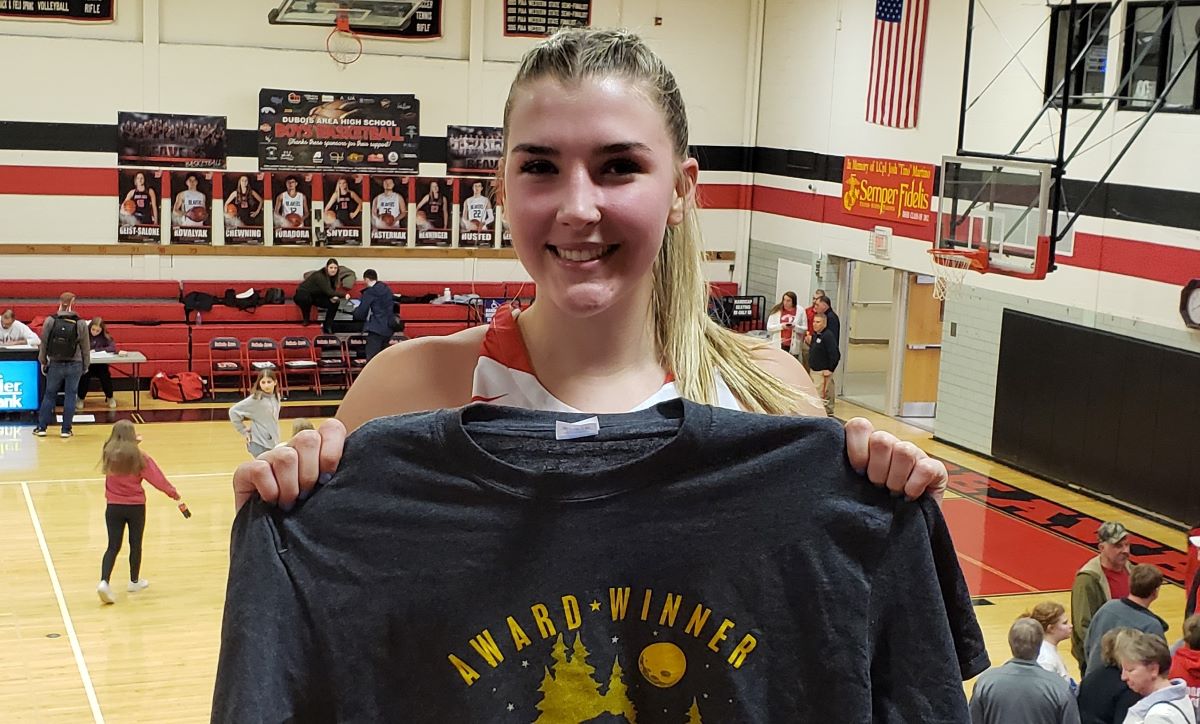 DUBOIS, Pa. – Using a 16-0 run that started midway through the second quarter and lasted into the first two minutes of the second half, Punxsutawney rolled into its 10th straight District 9 title game with a 53-24 win over Moniteau at DuBois High School.

“It’s fun,” Punxsutawney head coach Mike Carlson said. “We are always looking for the opportunity to play for a title, and we always like to get the kids on the court at Clarion (University).”

What was especially fun for the Lady Chucks (16-6) was the final two minutes of the first half.

But it didn’t feel that way at first as neither team scored in the next two-plus minutes.

That’s when Punxsutawney exploded for 10 points in a span of 2:13 starting with a Danielle Greibel bucket and ending with a Maeve Hanley offensive putback just before the first-half horn.

That spurt, which included four points from Kierstin Riley, opened up a 20-point, 30-10, halftime lead.

“We were just attacking the hoop even more than we had been,” Carlson said. “We had been settling (for shots) early then built up confidence as we continued with the half. I thought our defensive pressure started wearing on them late in the half.”

Many of those were forced turnovers with the Lady Chucks recording 20 steals led by five from Presloid and three each from Riley and Avary Powell.

“We worked a lot on getting in the passing lanes and getting our hands on all the balls for passes and tipping them out trying to force turnovers,” Presloid, who also had 14 points, nine rebounds, and four assists, said. “We really worked on that and focused on that this week.”

Punxsutawney kept the pressure on after halftime scoring the first four points of the second half to grow the lead to 24, 34-10, and the advantage went to as many as 28 on a couple of different occasions in the third and fourth quarters.

“We knew it would be a battle from the start,” Presloid, who was named the Allegheny Grille of Foxburg Player of the Game, said. “We knew we had to keep our energy up and work as hard as we could on defense to get those offensive possessions. That was our main goal.”

Punxsutawney will take on second-seeded Redbank Valley in the title game most likely Saturday afternoon at Clarion University’s Tippin Gym.

2022 Class 3A Northwest Regional Wrestling Pairings Released
March 1, 2022 District 9 and District 10 Basketball Schedules Powered by Hunter’s Station Golf Club
This website or its third-party tools process personal data.In case of sale of your personal information, you may opt out by using the link Do not sell my personal information.
×
Manage consent