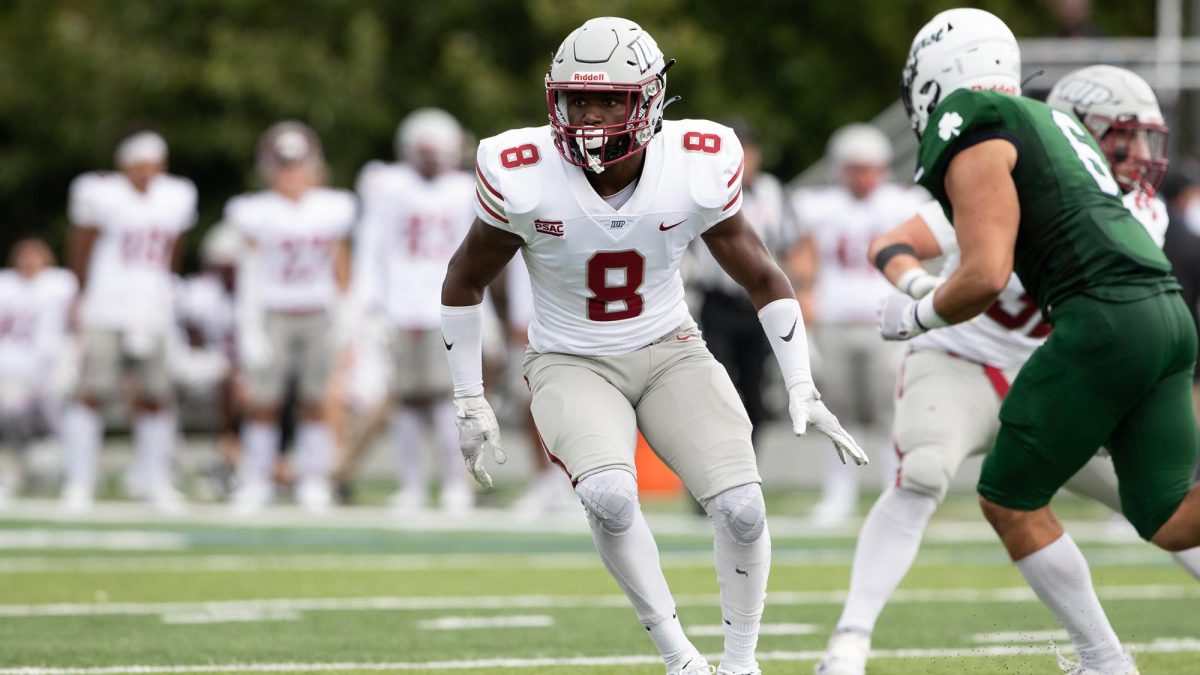 If one was drawing up a formula for winning a game on the road, the Golden Eagle victory would rank as a textbook example. Clarion controlled the clock with another punishing effort in the run game, carrying 51 times for 270 yards and a 5.3 yards per carry average.

SHIPPENSBURG, Pa. – The Shippensburg University football could not get past Pennsylvania State Athletic Conference (PSAC) Western Division foe IUP on Saturday, dropping a 44-21 decision to the Crimson Hawks in a non-conference matchup on a sunny and warm Parents & Family Day at Seth Grove Stadium.

Conneaut Area High School graduate Kyle Sheets had a big game receiving, leading the Rockets with eight receptions for 110 yards and a touchdown.

The Rock improve to 3-0 for the third straight season and will enter PSAC West divisional play next week with an unblemished record. Millersville drops to 0-3 on the season.

In the extra period, Bloomsburg lost two yards on the opening possession, but Brendan McGonigle connected on a 37-yard field goal to give the Huskies a 20-17 advantage

SHEPHERDSTOWN, W.Va. (Sept. 17) – Despite senior quarterback Noah Mitchell (Euclid, Ohio/Euclid) breaking the all-time school record for passing yards, the Vulcans suffered a 26-23 overtime loss at No. 4 Shepherd on Saturday afternoon in Pennsylvania State Athletic Conference (PSAC) Crossover play.With the loss, the California (PA) football team moves to 1-2 this season with both losses by five points or less against teams that appeared in the 2021 NCAA Playoffs. Meanwhile, the Rams improve to 3-0 overall following an appearance in the national semifinals last fall.

ERIE, Pa. – Gannon saw its two-game winning streak to open the 2022 campaign come to an end as West Chester rallied for a 29-23 win at McConnell Family Stadium.

The Golden Knights held a 23-17 lead at the half but the Golden Rams relied on a pounding ground game over the final thirty minutes to come back.

ERIE, Pa. – Mercyhurst saw their home field for the first time in 2022 in a loss to the Kutztown University Golden Bears.

The two teams played a tight first half before the visitors played spoilers as the Golden Bear outscored the Lakers 33-7 in the second half to take the 50-31 win.

Wings Up: The Raymond Monica Show! Episode 3
PAC Football Roundup: Former Sharon Standout Eilam has Big Game in Westminster’s Victory
This website or its third-party tools process personal data.In case of sale of your personal information, you may opt out by using the link Do not sell my personal information.
×
Manage consent