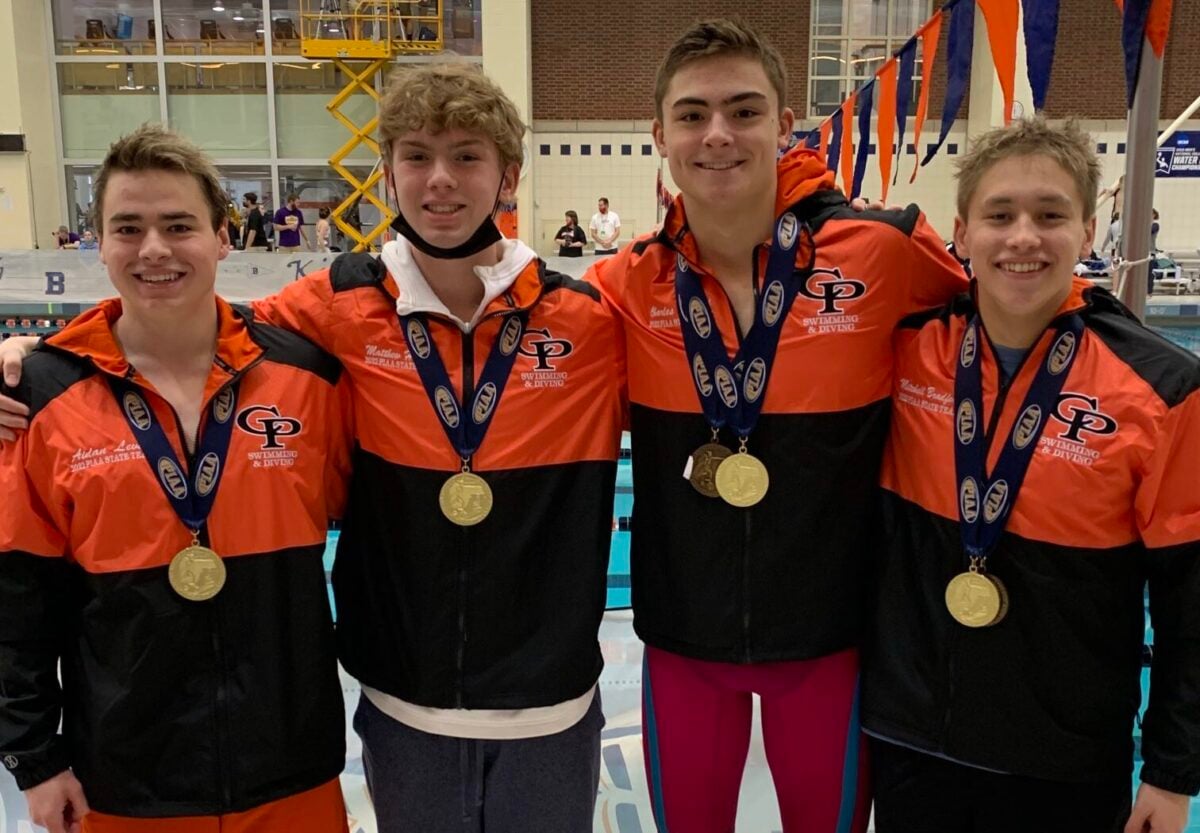 LEWISBURG, Pa. – Cathedral Prep and Villa Maria captured a pair of relay titles on Friday at the PIAA Class 2A swimming and diving championships.

The Cathedral Prep 200 medley relay team of Mitchell Bradford, Matthew Hinman, Aidan Levis, and Charles Agresti captured gold, clocking in with a time of 1:34.88, outdistancing second-place Mt. Pleasant, which had a time of 1:36.18.

Maholic went on to a fourth-place finish in the 100 fly, while Palmer was seventh in the 50 free.

Warren’s Katie Beyer, attempting to repeat as PIAA champion in the 200 free, earned a second-place finish.

Also for the girls, Moniteau’s Katie Reott claimed a fifth-place finish in the 50 free with a time of 24.17, while Union’s Evie Bliss also earned all-state honors in the 200 freestyle.

The Prep 200 free relay team of Agresti, Andrew Kolodychak, Colin Troutman, and Kyle Sargent also medaled, taking fifth with a time of 1:28.98. The Brookville team of Brody Barto, Bay Harper, Calvin Doolittle, and Patrick Young also medaled in the event, taking eighth with a time of 1:29.69. They are believed to be the first Brookville relay team to win a state medal, per Rich Rhoades of the Jeffersonian Democrat

Prep is in first place in the team standings going into Saturday with 127 points. Hampton is in second with 82.5 points.

Action gets underway on Saturday at 10:25 a.m. from Bucknell.

Bishop Canevin Too Much for Elk County Catholic in Boys PIAA 1A Semifinals
March 19, 2022 District 9 and District 10 Basketball Schedules Powered by Hunter’s Station Golf Club
This website or its third-party tools process personal data.In case of sale of your personal information, you may opt out by using the link Do not sell my personal information.
×
Manage consent