Prep Back In State Semifinals For Fifth Time In Last Six Seasons; Will Meet Upper Dublin 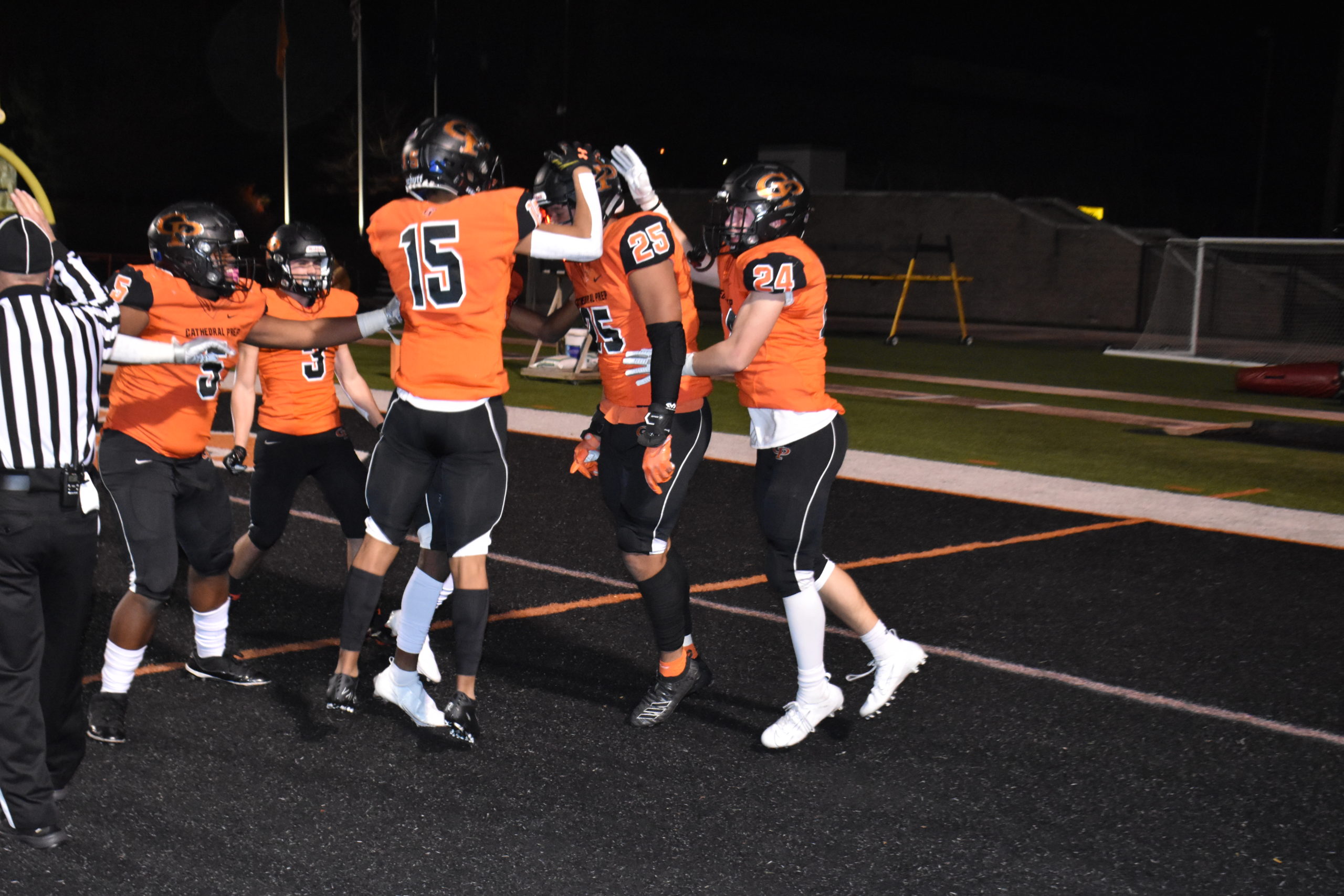 After receiving a forfeit over Wyoming Valley West in the PIAA Class 5A quarterfinals, the Cathedral Prep Ramblers are eager to play some football.

They will get that chance against Upper Dublin in the PIAA Class 5A semifinals from Hollidaysburg High School (Friday, 7 p.m.)

Coincidentally, the Ramblers (6-2) last game was a 33-7 win over Hollidaysburg in the PIAA first round.

This is a familiar position for the Ramblers, having been in the PIAA semifinals in five of the past six seasons.

Prep has played in eight state championship games under Mike Mischler, winning five of them.

They will seek their ninth trip on Friday.

Here’s a look at how the Ramblers and the District 1 champion Cardinals match up.

The Ramblers want to run, run and run some more. A healthy Jaheim Williams, to go along with Mike Parks and quarterback Tamar Sample had a combined 233 yards on the ground in the win over Hollidaysburg.

Sample, a dual-threat, also threw for 131 yards and a pair of scores to Demario Crawford and Patrick Fortin.

Sample has thrown for 585 yards this season

With Williams back in the fold, this is an offense that is firing on all cylinders.

The Cardinals (6-1) are led sophomore quarterback Colin O’Sullivan. He has thrown for 561 yards and four touchdowns. That includes a special performance in last week’s win over West Chester Rustin, a game in which he threw for 218 yards and a score.

On the ground, Jacob Rossman leads the way with 289 yards and four scores.

Prep coach Mike Mischler acknowledged how big it was to have WIlliams back at his linebacker position, saying after the Hollidaysburg win: “Defensively, obviously it’s outstanding having him out there. He’s a force in the middle.”

This is a fantastic defensive unit that the Cardinals will bring to Hollidaysburg.

Rossman leads the way with 39 tackles and Bootman with 29 while also intercepting three passes on defense. Michael Wright also has three interceptions.

The Cardinals have limited their opponents to single-digit point totals four times this season.

Column: Oil City Football – How Winners Think
PIAA Reaffirms Mask Order At Board Meeting
This website or its third-party tools process personal data.In case of sale of your personal information, you may opt out by using the link Do not sell my personal information.
×
Manage consent