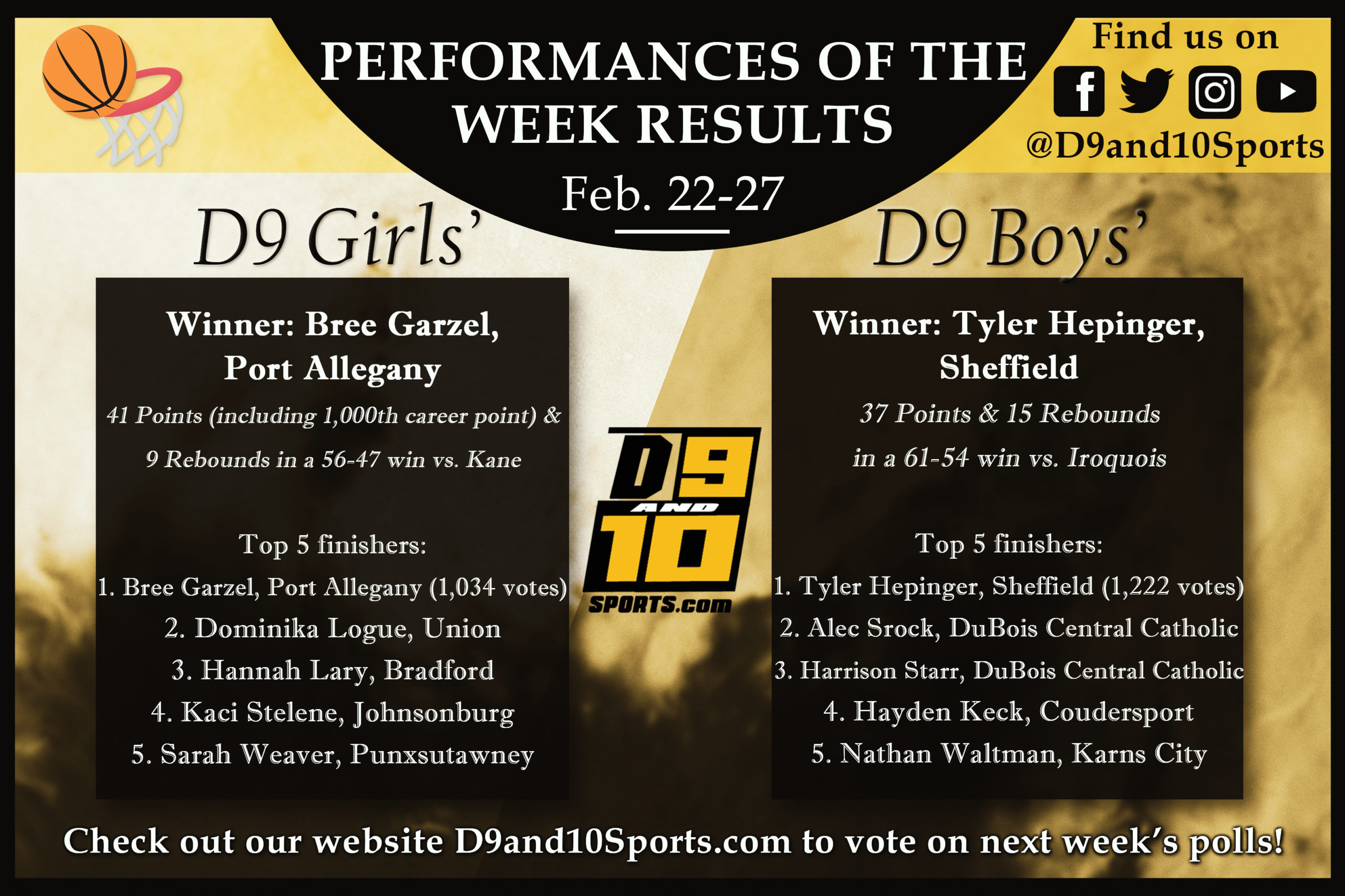 Garzel had a monster game and a milestone moment in a 56-47 win over Kane, scoring 41 points and pulling down nine rebounds. In the process, she surpassed the 1,000-career points mark.

Hepinger, meanwhile, had a big game himself, tallying 37 points and amassing 15 rebounds in a 61-54 win over Iroquois.

Eisenhower’s Chase, Corry’s Joncas Win D10 Gc Town Properties Performances of the Week for Feb. 22-27
2021 District 10 Boys’ Basketball Playoff Primer
We use cookies on our website to give you the most relevant experience by remembering your preferences and repeat visits. By clicking “Accept All”, you consent to the use of ALL the cookies. However, you may visit "Cookie Settings" to provide a controlled consent.
Cookie SettingsAccept All
Manage consent