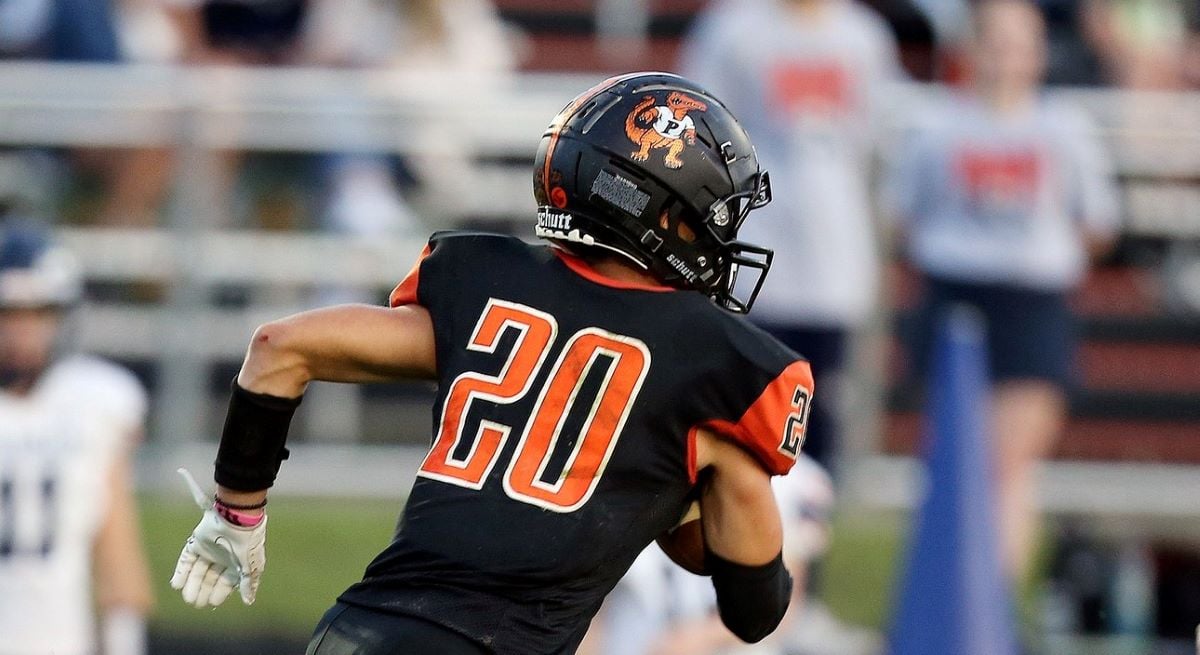 Noah Archer had a big game for Port Allegany in its win at Smethport. Photo by Patrick Crants

SMETHPORT, Pa. – Noah Archer and Blaine Moses both ran for over 100 yards and two touchdowns and Port Allegany’s defense was dominant in a 28-0 Region 2 win over Smethport.

It broke a six-game losing streak to their Route 6 rivals for the Gators, who last beat Smethport in 2015.

It was part of a monster game for Archer, who also had two interceptions on defense on his way to earning Allegheny Grille of Foxburg player of the game honors.

He talked about the win:

“We enjoyed it a lot,” Archer said. “We didn’t come out very hot but we woke up a little bit in the second half. It wasn’t pretty the whole time, but a gritty win like that is better than a loss.”

Things began to open up in the second half for Port Allegany, particularly in the run game. The Gators had 310 of their 342 yards of offense come on the ground.

The Port defense stood tall after the second-half kickoff was returned by JoJo Leet into Gator territory.

After getting the ball back, the Gators marched quickly down the field, with Moses punctuating the drive with a 10-yard touchdown run.

Archer and Moses both found the end zone again, as Smethport’s defense, which had been solid throughout the game, began to tire.

Archer scored on a 3-yard run with 1:51 to go in the third quarter and Moses put the finishing touches on the game with a 5-yard score with 2:26 remaining in the fourth.

Miska Young had a big game on defense for the Gators with three tackles for loss, while Peyton Stiles had two stops behind the line of scrimmage.

For Smethport, Preston Alfieri was 9-of-28 for 68 yards through the air, with 37 of those going to Aiden McKean.