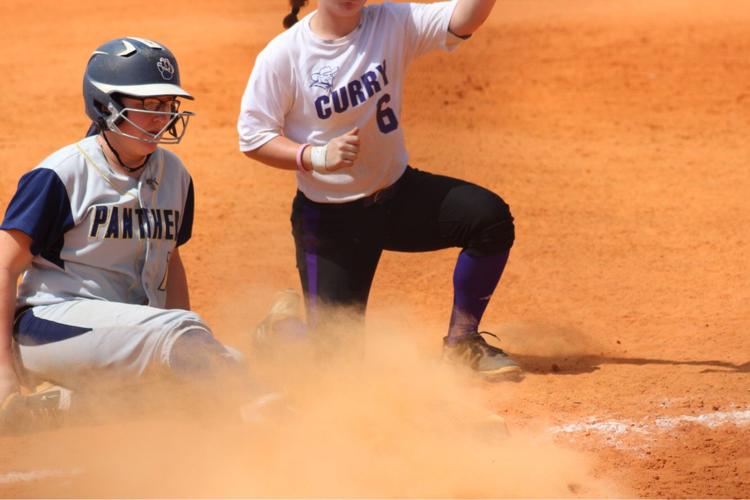 Port Allegany’s Hannah Lathrop slides safely into third base during a softball game for the University of Pittsburgh at Bradford during the 2019 season. Photo courtesy Pitt-Bradford Athletics

BRADFORD, Pa. – University of Pittsburgh at Bradford senior Hannah Lathrop kicked off her season in impressive fashion and was rewarded by the Allegheny Mountain Collegiate Conference for her strong performance.

Lathrop was named AMCC Player of the Week. She hit .500 in a 4-0 week for the Panthers. Lathrop hit one home run,  collected five RBIs, and scored two runs. She also added a stolen base. Lathrop’s best performance was in the AMCC Game of the Week match-up with Mount Aloysius. She went 4-for-6 in the doubleheader, driving in four of the Panthers’ seven runs. She was particularly dangerous in game one, as she finished 3-for-3 with her first career home run and added three RBIs. This is the first time Lathrop has been named AMCC Player of the Week.

“Hannah really stepped up this past week, especially against Mount Aloysius,” said head coach Tina Phillips. “She did all we could ask for as our cleanup hitter. Her home run was crucial in our important win over Mount Aloysius.”

Led by Penn State Champion Starocci, District 10 and District 9 Alums Shine at NCAA Wrestling Championships
D10 Alums DeMedal, Lucas Earn Weekly Northeast Conference Football Honors for Duquesne
We use cookies on our website to give you the most relevant experience by remembering your preferences and repeat visits. By clicking “Accept All”, you consent to the use of ALL the cookies. However, you may visit "Cookie Settings" to provide a controlled consent.
Cookie SettingsAccept All
Manage consent