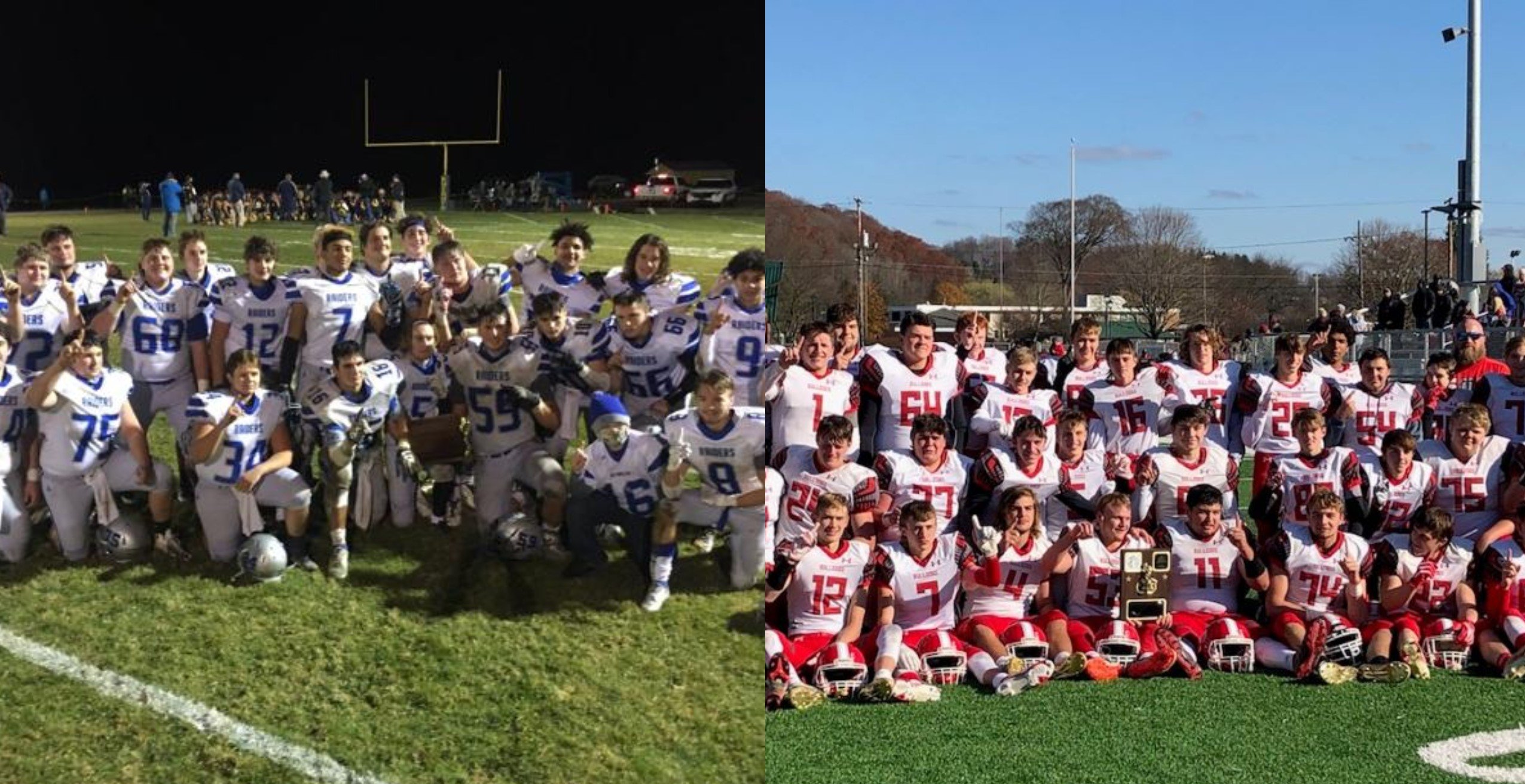 BROCKWAY, Pa. — In what might be a more familiar showdown on the wrestling mat, it’s a PIAA football Class 1A playoff matchup between District 9 champion Redbank Valley and District 10 champion Reynolds Saturday afternoon at Brockway’s Varischetti Field starting at 4 p.m.

For 7-0 Redbank Valley, its first-ever state playoff win came last week in a 28-15 victory over D5 champion Northern Bedford. Reynolds, 8-0, captured its first D10 title since 2005 with a 27-0 shutout of Eisenhower.

This is the first Bulldogs vs. Raiders football game. On the wrestling mat, there’s only been one dual meeting actually, a Reynolds 47-15 win at Brookville’s Ultimate Duals in 2008, although both teams tangle regularly individually during the wrestling postseason.

Plenty of both teams’ key wrestlers are on the football roster aside from John-Daniello and Bonanno who could match up in the trenches as linemen. Reynolds’ returning state placewinner Cole Toy has rushed for 1,105 yards and 22 touchdowns.

Toy plays the lead role on a Raiders offense that relies almost exclusively on the running game — 319 of their 353 yards per game — as they’ve thrown just 47 passes all season. The Bulldogs have yielded just 323 rushing yards all season on 232 attempts, so the anticipated battle of “who wins the trenches?” is very much in play for this one.

And Reynolds has been a stingy defense as well, giving up just 142 yards per game, including only 437 yards rushing all year on 193 opponent carries.

Raiders quarterback Brayden McCloskey, 3-for-8 for 30 yards last week, has completed 19 of 45 passes for 257 yards with three TDs and two interceptions.

For the year, Mansfield leads the team with 7.1 tackles per game and hiked his leading sack total to 9.5. Trenten Rupp, who had a forced fumble, sack and two interceptions against Northern Bedford, now has a team-high three interceptions.

Sophomore Cam Wagner (30-for-56, 313 yards, 6 TDs, 3 interceptions) gets his second straight playoff start at quarterback. He completed 10 of 22 passes for 86 yards with a touchdown and two interceptions last week.

The running game gained 158 yards for the second straight game. Ray Shreckengost (81-416, 1 TD) and Hudson Martz (57-270, 4 TDs). Expect Bonanno to line up under center as he did last week in short-yardage situations. He had five carries last week totaling four yards with two 1-yard TD runs.

How teams match up across districts can be a tricky guess, especially with this year’s smaller schedules. Reynolds has shut out three of their last four foes. It beat West Middlesex twice (27-20 in the opener and 36-14 later) as well as Mercer (47-0 and 41-0) with two wins over re-started program Kennedy Catholic (75-14 and 34-18) as well. The other win was a 40-0 rout of Cambridge Springs.

Cambridge Springs is 6-2 while Mercer (3-5), West Middlesex (4-3) and Kennedy Catholic (0-7) were the other records of foes Reynolds beat.

Saturday’s winner gets the WPIAL champion — either Jeanette or Clairton — in next week’s semifinals. Those two meet at North Hills High School’s Martorelli Stadium on Saturday at 11 a.m.

Survive And Advance: Oil City Meets Upper Moreland In Class 4A Quarterfinals
D9and10Sports/High Top Sports to Video Broadcast Clarion vs. West Shamokin PIAA Volleyball Saturday
This website or its third-party tools process personal data.In case of sale of your personal information, you may opt out by using the link Do not sell my personal information.
×
Manage consent