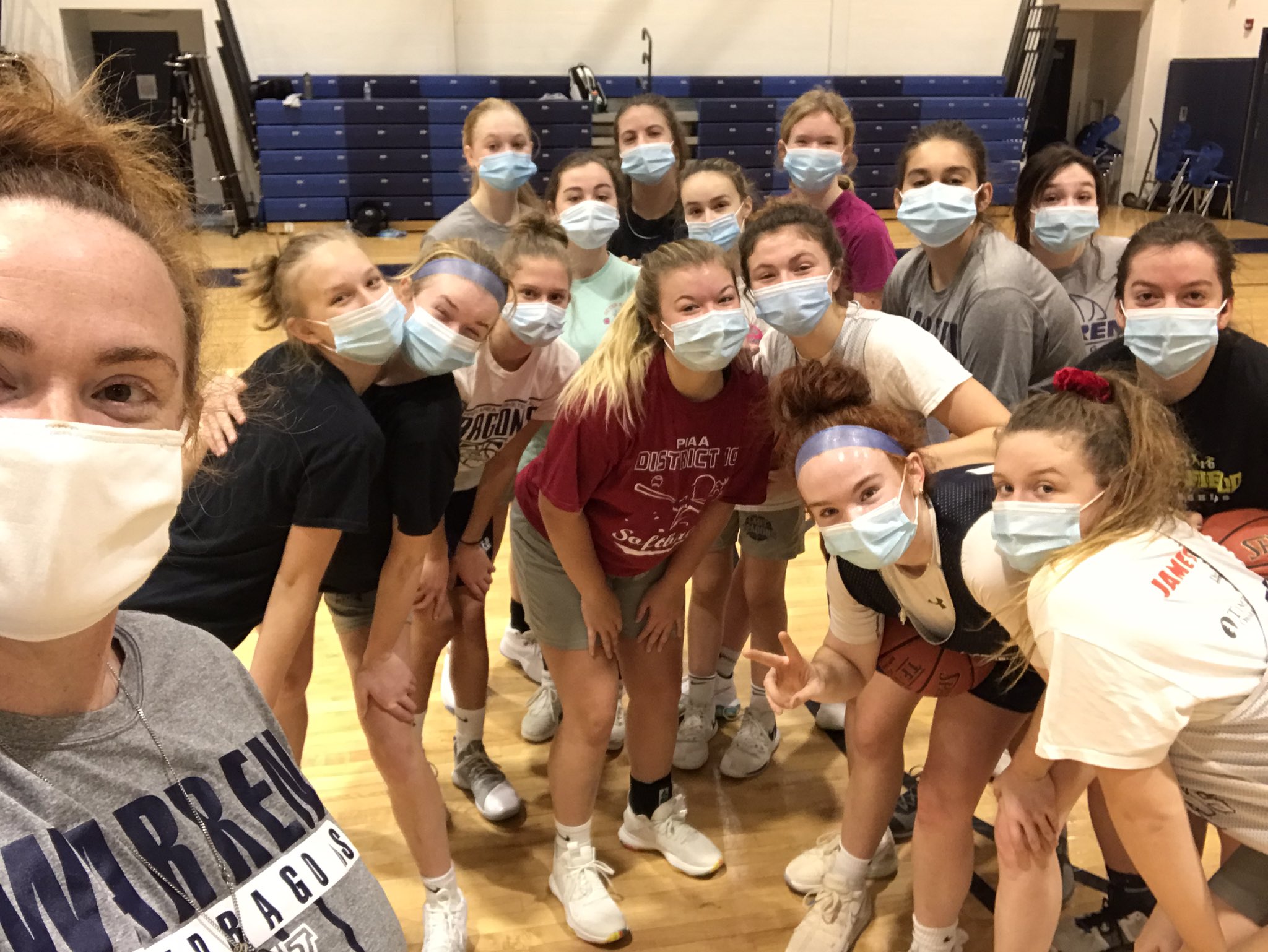 The Warren girls' basketball team at practice earlier this year. The team has its required number of preseason practices in and will need just four days of practice before competing once practice resumes

MECHANICSBURG, Pa. – The PIAA made two significant adjustments to winter sports as a result of the on-going COVID-19 pandemic and the shutdown of all sports until at least Jan. 4 by Pennsylvania Governor Tom Wolf.

On a virtual meeting Tuesday, Dec. 22, the PIAA adjusted the number of days teams will have to practice once practice can resume before playing contests, including reducing the mandatory 15 days of preseason practice to 10 days for teams that hadn’t practiced prior to the shutdown.

The practice day change is significant because teams now have a sliding scale for the number of practices they need to have before competing in contests.

“The board felt it was important to establish a common theme for practices where some schools started, some did not, and some had a partial start,” PIAA President Frank Majikes said. “This will give member schools direction to return to competition on Jan. 4, 2021, per the Governor’s order.”

If Governor Wolf doesn’t change the date for resumption of youth/high school sports – something he has not indicated he will do but based on history from last spring is a possibility – the first “play” date for teams who have had at least six preseason practices would be Friday, Jan. 8, while teams who have not practiced could theoretically start by Friday, Jan. 15, as long as they practiced six days, took a day off, and then practiced four more days.

For spots where the school is required to utilize off-campus (community or private facilities) for their hosting of a sport, specifically the sports of swimming, bowling, rifle, and girls’ gymnastics, the requirement would be five days instead of 10.

All changes to the number of preseason practices are only for the Winter 2020-21 season.

As for the team wrestling championships, a date will be set at a later point in time and will follow the individual championship. This will allow schools to expand the number of weeks for regular-season competition.

Iacino said no different than the PIAA changing its championship format to only include district champions in basketball and team wrestling, the change in team wrestling will potentially allow for teams to now have more competitions before the championships.

“Right now, we are playing it by ear,” Iacino said. “We will know more when we are back to practice. That will be the first step.”

“It is going to be difficult to run a team championship after individual championships are over because of a lack of interest,” Cathcart said.