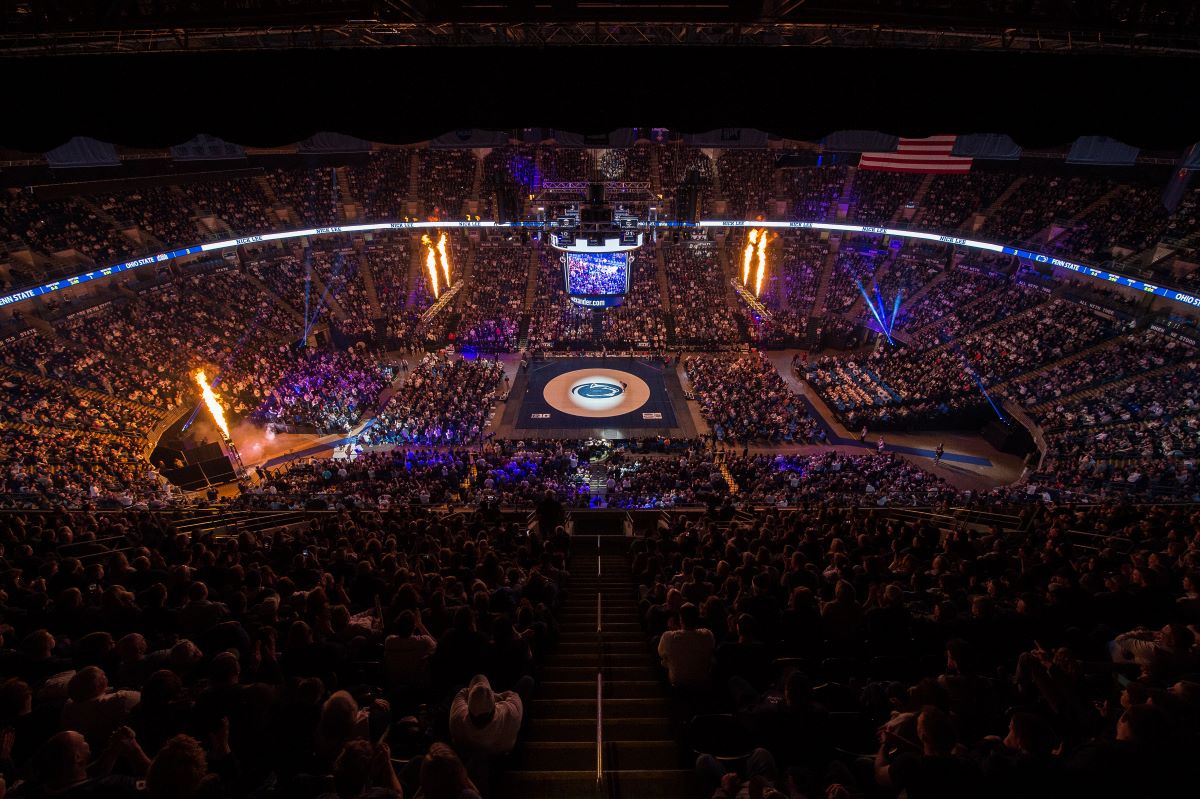 The Nittany Lions host seven home duals this season, including two in the Bryce Jordan Center. Please note that all dates and times are subject to change and television and/or streaming will be announced soon.

Penn State opens its season in Rec Hall, hosting local rival Lock Haven at 7 p.m. on Friday, Nov. 11. The next weekend, the Nittany Lions will venture to West Point, N.Y., for the Black Knight Open at Army-West Point on Sunday, Nov. 20. The Nittany Lions begin December with a two-dual road trip. Penn State will travel to Rider to face the Broncs on Friday, Dec. 2. The dual will be hosted in Trenton, N.J.’s, CURE Insurance Arena and is set for 7:30 p.m. Two days later, Penn State treks to Lehigh University to face the Mountain Hawks on Sunday, Dec. 4, at 2 p.m. in Stabler Arena.

The Nittany Lions return home after a month away to host the Oregon State Beavers on Sunday, Dec. 11, in Rec Hall. The dual meet starts at 2 p.m. Penn State will once again take part in the Collegiate Wrestling Duals in late December. This year’s event takes place in New Orleans, La., at the Morial Convention Center on Monday and Tuesday, Dec. 19-20. The dual tournament once again features 12 teams in two preselected pools. The events full schedule, including Penn State’s opponents, will be announced.

Penn State hits the road for two duals the following weekend. The Nittany Lions visit Ohio State on Friday, Feb. 3, at 7 p.m. The team then heads to Bloomington, Ind., to visit the Indiana Hoosiers on Sunday, Feb. 5 (time TBA). The next weekend, Penn State travel to Rutgers for a dual meet on Friday, Feb. 10 (time TBA) and then returns home to host Maryland two days later, on Sunday, Feb. 12. The Lions and Terrapins tangle at 1 p.m. in Rec Hall. Penn State closes out its regular season schedule by hosting intra-state foe Clarion on Sunday, February 19 at 1 p.m. in Rec Hall.

The 2022-23 post-season begins in Ann Arbor, Mich., with the 2023 Big Ten Championship. The two-day event, both the conference crowning event and the national qualifier for the Big Ten’s 14 wrestling teams, will take place on Saturday and Sunday, March 4-5, 2023. The 2023 NCAA Championships will take place two weekends later, on March 16-18, at the BOK Center in Tulsa, Okla.