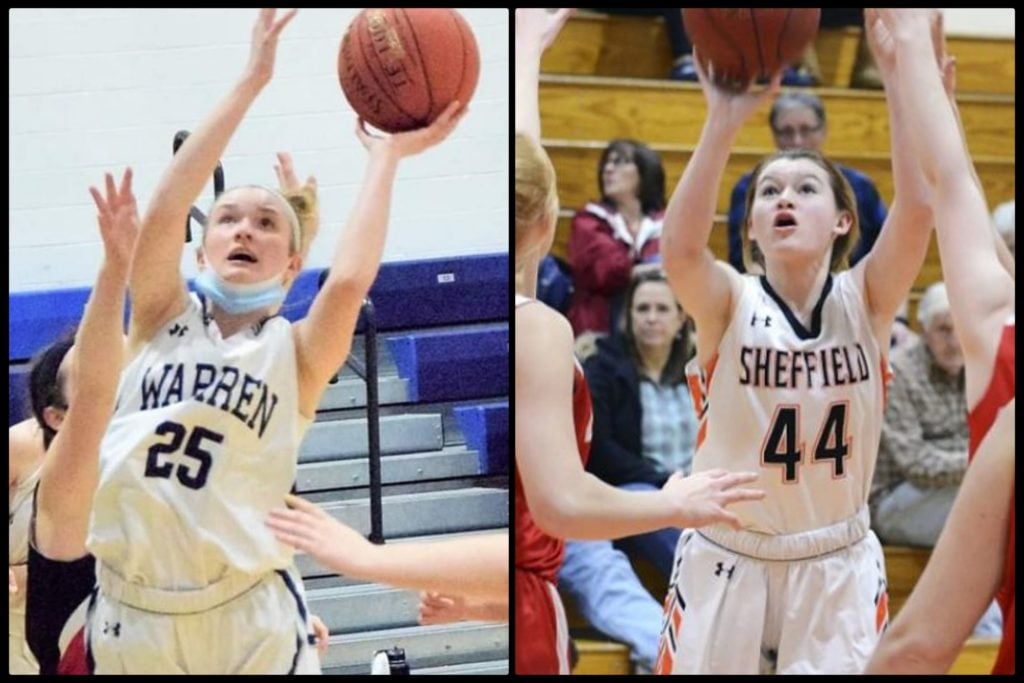 RUSSELL, Pa. – Pending approval by the District 9 and District 10 committees and the PIAA Executive Committee, the Sheffield and Warren girls’ basketball programs will co-op with Warren as the host school.

The measure was approved by the Warren County School District Board of Directors meeting Monday, Nov. 8.

In addition, the Sheffield girls’ basketball co-op with Taylor Diversion Lighthouse Island Academy in Tionesta, which started in 2020, was voted to be dissolved.

The decision to co-op Warren and Sheffield for the 2021-22 season came after the Lady Wolverines had only five players register for the season.

“We had five girls from Sheffield registered to play basketball,” Warren County School District Director of Administrative Support Services Gary Weber said. “That was it.”

All practices and home games will be held at Warren Area High School with Warren uniforms and the Dragons team name, according to the agreement.

The new co-op will need to be approved by both District 9 and District 10, as well as the PIAA before it can become official. Both the D9 and D10 Committees are scheduled to meet Wednesday, Nov. 10. According to the agreement, the projected start date is Nov. 19.

Board President Donna Zariczny asked for clarification about whether this would be a one-year agreement similar to the one Warren and Sheffield had for football in 2020 after Abraxas opted not to play due to COVID.

“The Abraxas situation that we were in last year that we were able to put in a one-year request is not on the table,” WCSD Superintendent Amy Stewart said.

That means that this co-op will most likely be in place for the next sports cycle, which starts next year, meaning Sheffield won’t have a girls’ basketball team for most likely the next three seasons.

Weber said two of the five girls who had signed up to play at Sheffield have already registered to play at Warren.

The Warren girls are set to begin defense of their District 10 title during their annual Tip-Off Tournament Dec. 10 and 11. Maplewood, Jamestown (Pa.) and Keystone are scheduled to participate in the two-day tournament.

The Dragons are a Class 4A school that voluntarily plays up to Class 5A, so the addition of Sheffield won’t affect Warren’s classification. If it had, the Dragons would not have been eligible for the District 10 or PIAA playoffs this year.

Former C-L Girls’ Basketball Coach Jim McCracken Recently Celebrated by Former Players
Moniteau, McDowell Competitive Spirit Earn Bids to National Championship
This website or its third-party tools process personal data.In case of sale of your personal information, you may opt out by using the link Do not sell my personal information.
×
Manage consent