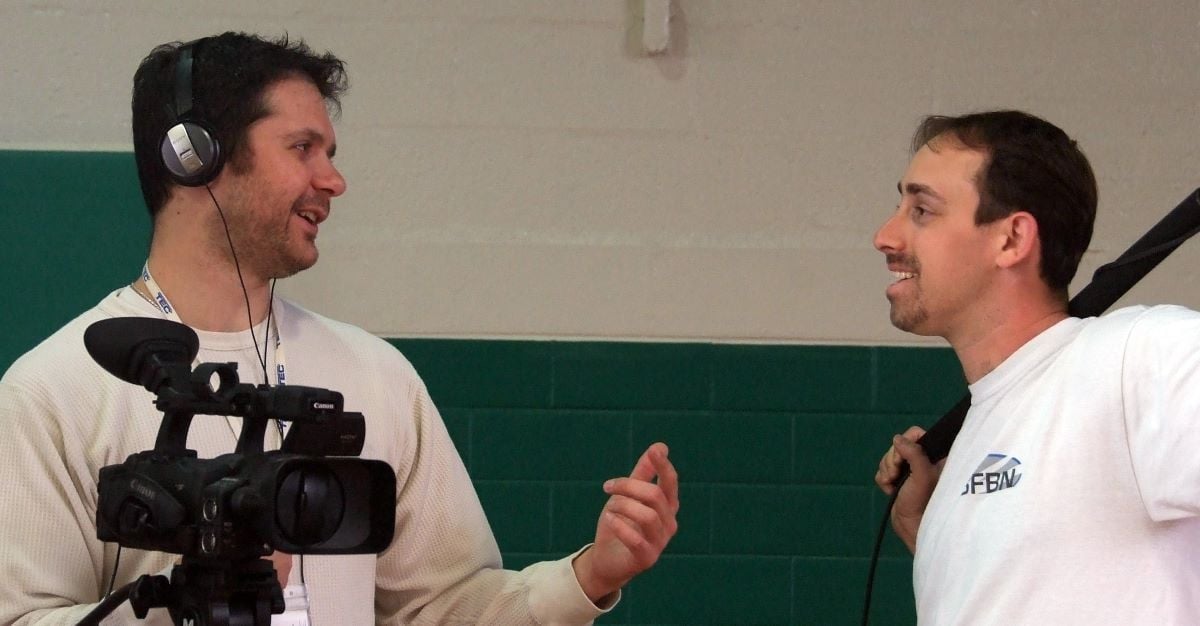 Photo of Ari Bluestein and Josh Bellman working a game

Are you looking for an easy way to get your games and other athletic events live-streamed this year?

Many schools are, especially considering fans are not currently allowed into any PIAA-sponsored event.

But where do you start? What equipment do you need? Do you even have the personnel to do it?

Those are just some of the questions facing high school athletic departments with the start of the regular season just three weeks away for many schools.

The Sports Fan Base Network (SFBN) is here to help.

SFBN has been doing live video streaming of high school sports for nearly a decade.

Starting in the eastern half of Pennsylvania, SFBN started live video streaming in Philadelphia in August of 2012. The network began covering the Philadelphia Public and Catholic leagues and eventually progressed to private and suburban schools, as well as small colleges in the first couple of years.

In August 2014, SFBN signed a contract with Comcast Spectacor to produce a high school sports talk show for The Comcast Network and Comcast SportsNet in the Philadelphia area.

‘Varsity Voice presented by SFBN’ ran for 3 seasons until March of 2017 and featured dozens of high school athletes and coaches.

SFBN has expanded greatly over the last three years and now can produce live broadcasts in multiple locations simultaneously. SFBN has a variety of broadcast options ranging from a simple single-camera broadcast to a four-camera broadcast with instant replay.

“SFBN’s goal in 2020-2021 is to help live stream as many games as possible,” SFBN CEO Ari Bluestein said. “With the COVID-19 pandemic likely limiting spectators this year, we want to help schools and organizations provide a live video stream for all the parents, fellow students, extended family, faculty and administrators, and Alumni and fans who want to watch!”

Bluestein said moving into Western Pennsylvania this fall is the perfect fit at the perfect time.

“The goal of SFBN has always been to expand into various parts of the country,” Bluestein said. “We started just in the city of Philadelphia and then expanded to Suburbs of Philly, then went Northeast to the Lehigh Valley and then over the bridge into New Jersey. We’ve also covered games in Maryland, Delaware, and Rhode Island and are in discussions to start expanding as far west as Colorado.

Bluestein is the CEO and co-founder of SFBN. He has been in the sports broadcast industry since 2007, starting his career in sports talk radio with ESPN Radio in the Delmarva area. In 2009, Ari became the play-by-play commentator for Drexel University women’s basketball. Since then, Ari has done play-by-play for many of Drexel‘s athletic events on NBC Sports Philadelphia as well as Rider University athletics on ESPN3, and PIAA high school sports championships on the Pennsylvania Cable Network (PCN).

Ari started SFBN in 2012 with his two partners, Josh Bellman and Julian Bellman, and the trio have helped grow the company to what it is today.

“Ari & Sports Fan Base Network provides a great professional feel to a high school broadcast and allows fans an opportunity to catch the big PCL game of the week or the season where they might have otherwise had to miss out,” Paul Romanczuk, head boys’ basketball coach at Archbishop Carroll High School in Philadelphia said. “I’ve had friends and family from all around the country be able to see a couple of our big games and I couldn’t be more thankful to Ari and Sports Fan Base.”

In addition to all its sports coverage, SFBN has provided live video streaming services for other events like high school graduations, recitals, and company meetings.

SFBN is also a great place for high school and college students looking for experience in the sports and live-productions industries with many great internship opportunities.

For more information on how to get SFBN broadcasting your event, e-mail them today at TheSFBN@gmail.com.

More information on SFBN can also be found on its website (https://www.thesportsfanbasenetwork.com/)

This story is part of a paid sponsorship partnership between D9and10Sports.com and SFBN.