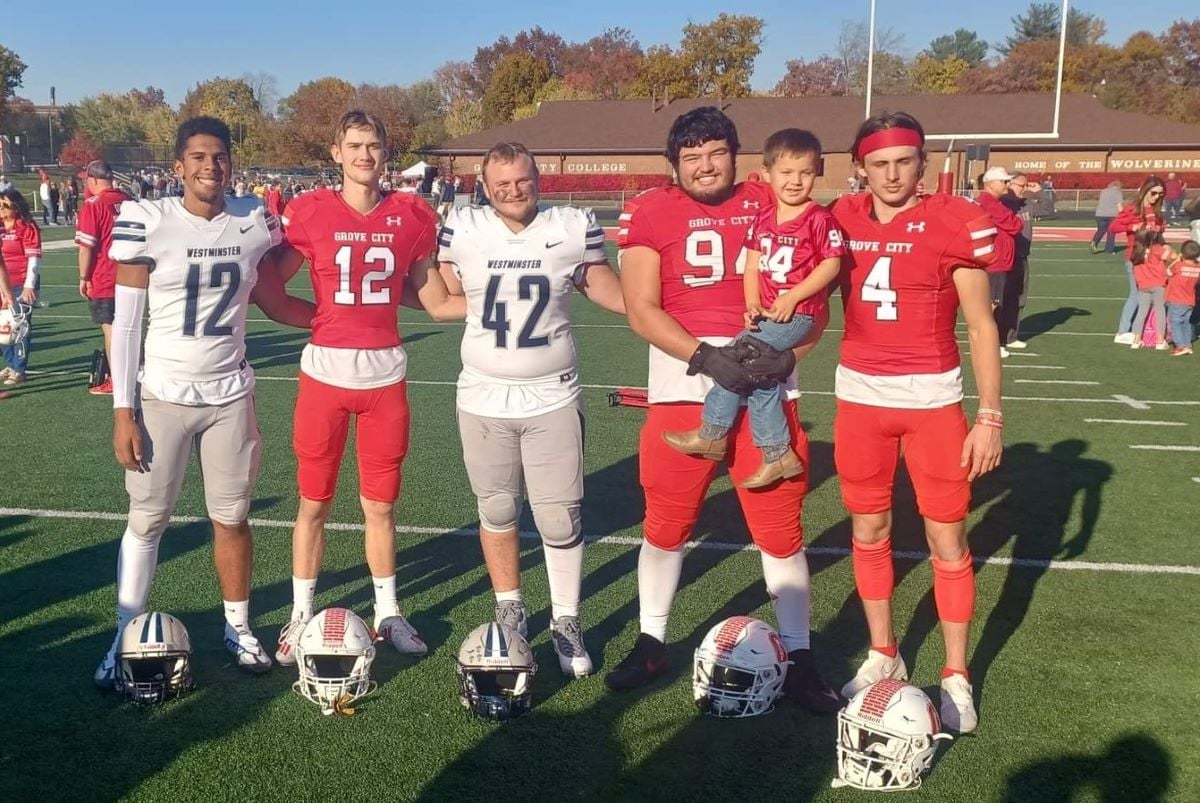 Former Bulldogs Joe Mansfield and Coltin Bartley had one tackle each for Westminster, while Kobe Bonanno (3 tackles), Dalton Bish and Trenten Rupp were in action for Grove City.

With their second straight victory, the Bearcats improved to 3-2 in the Presidents’ Athletic Conference and 3-4 overall, while the Gators dropped to 1-4 in the PAC and 2-5 overall.

GREENVILLE, Pa. (Oct. 22) – The Waynesburg University football team traveled north to Thiel for its only night game of the 2022 season. The Yellow Jackets had an enjoyable trip home after downing the Tomcats 34-8.

Behind a four-touchdown performance from senior quarterback Drew Saxton and another smothering performance by its defense, the Case Western Reserve University football team rolled to a 45-7 win over Bethany College on Saturday afternoon at DiSanto Field.

The Spartans have now won five of their last six games to improve to 5-2 overall, including a 4-1 mark in Presidents’ Athletic Conference play.

Pick-a-Paolooza: Led by Stritzinger Edinboro Picks Off Clarion 4 Times in 47-17 Win
College POW Roundup: Fairview Grad White Nabs PAC Women’s Soccer Honors for Grove City College
This website or its third-party tools process personal data.In case of sale of your personal information, you may opt out by using the link Do not sell my personal information.
×
Manage consent