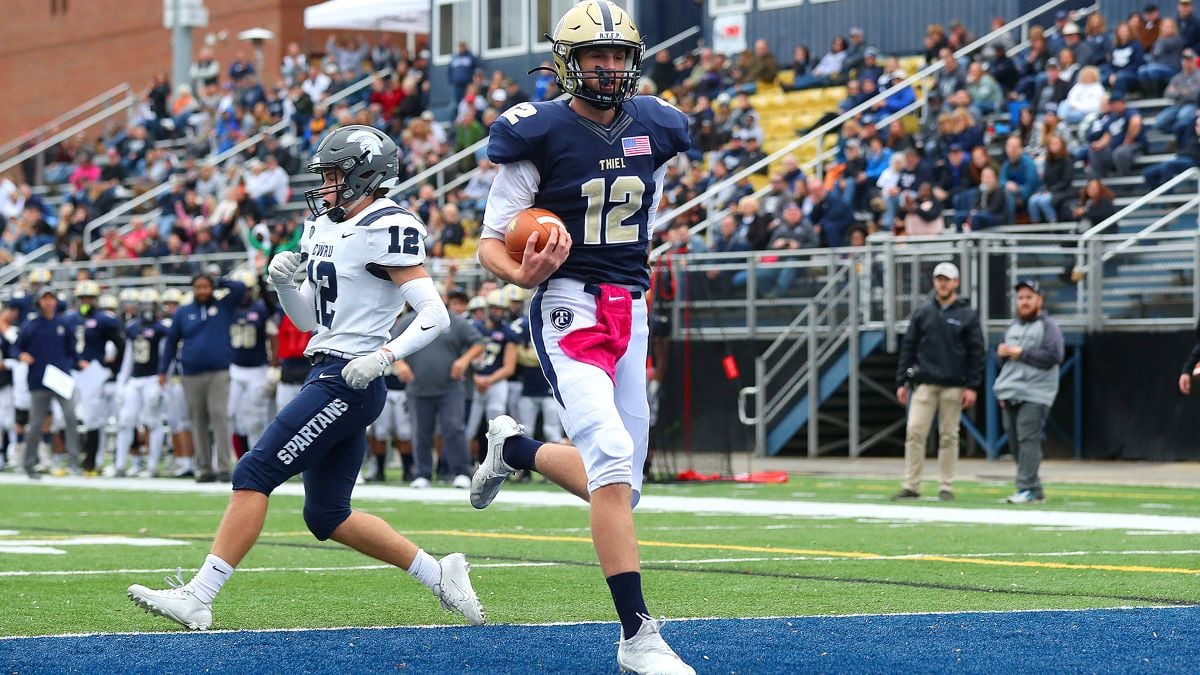 The 41-game skid was the longest current streak in college football at any level and their first victory since 2017, a 28-13 win over Bethany.

Jordan Collier tied the game on an 11-yard touchdown run with 6:18 to play in the fourth quarter, and Livingston’s extra point proved to be the game-winner.

Trumbull finished 8-of-12 for 111 yards and a touchdown in the win, while fellow D10 alum Jordan Volpe (Sharon) had six tackles (1 for loss) and Reynolds graduate Luke Faber had four tackles, including one for loss.

GROVE CITY, Pa. – West Middlesex grad Clayton Parrish scored both of Grove City’s touchdowns on runs of 2 and 36 yards as the Wolverines knocked off Case Western, 14-13 in a thrilling homecoming win.

Parrish finished with 113 yards on the ground.

Case Western Reserve drove to the Grove City 16 with six minutes remaining but senior linebacker Curtis Freyermuth (Meadville, Pa./Cochranton) intercepted a pass at the 5 and returned it 37 yards to the 42.

The Presidents have now scored at least 60 points in each of the past three homecoming games. W&J beat Bethany 69-21 in 2019 before beating Saint Vincent by a 63-22 last fall.

The Nittany Lions’ defense set the tone in the victory with five three-and-outs on Northwestern’s first five possessions, a feat which has not occurred against a Big Ten opponent since 2011.

PITTSBURGH (AP) — Jeff Sims passed for a touchdown and ran for another, Hassan Hall piled up 157 yards rushing and Georgia Tech made interim head coach Brent Key a winner in his debut, stunning No. 24 Pitt 26-21 on Saturday night at Acrisure Stadium.

Five days after Key was promoted to replace Geoff Collins — fired four games into his fourth season with the Yellow Jackets — Georgia Tech took advantage of some sloppy play by the defending ACC champions to beat an FBS opponent for the first time in nearly a year.