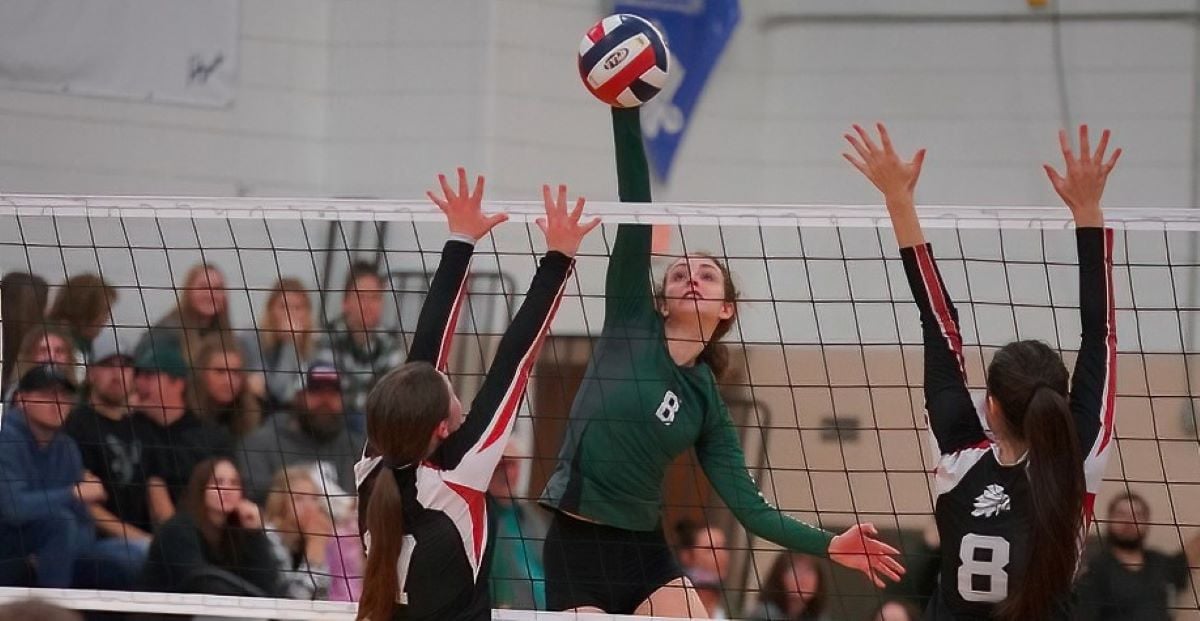 WARREN, Pa. – Avaree Kellert helped lead Oswayo Valley to heights unseen before in Green Wave program history, and that is the reason the senior is the 2022 YDL Sports Network/D9and10Sports.com District 9 Volleyball MVP powered by All American Awards & Engraving.

Kellert averaged 4.5 kills and 3.6 digs per set in helping Oswayo Valley to the first-ever District 9 title in program history and a spot in the PIAA Class 1A semifinals for the first time in school history.

Her level of play actually rose in the postseason when she averaged five kills and 4.5 digs per set. That included 18 kills and 16 digs in a 3-1 victory over two-time defending PIAA and four-time defending D9 champion Clarion and 17 kills and eight digs in the D9 title-game win over Elk County Catholic.

Ken Kellert led Oswayo Valley to the aforementioned first-ever D9 title in program history in his first year as the head coach. His team finished the season 24-1 with the lone loss coming in the PIAA 1A semifinals to eventual PIAA 1A champion Maplewood. During the season, the Green Wave dropped just 11 sets going 72-11 in sets.

Campbell, who played sparingly in Clarion’s run to the 2021 PIAA Class 1A title, stepped into a key starting role of the Lady Cats and quickly became the No. 2 hitter for the D9 semifinal squad.

She averaged 2.2 kills and 2.6 digs per set during the season.

In addition to the major award winners, first- and second-team All-District 9 teams were also named. Those teams are listed below.

Editor’s Note: The All-District 10 team will be released either Sunday night, Nov. 27, or Monday morning, Nov. 28.

Gators Roll Reynolds, Head to PIAA Class 1A Semifinals
Maplewood’s Thomas Named YDL Sports Network/D9and10Sports D10 Volleyball MVP; All-District Team Named
This website or its third-party tools process personal data.In case of sale of your personal information, you may opt out by using the link Do not sell my personal information.
×
Manage consent