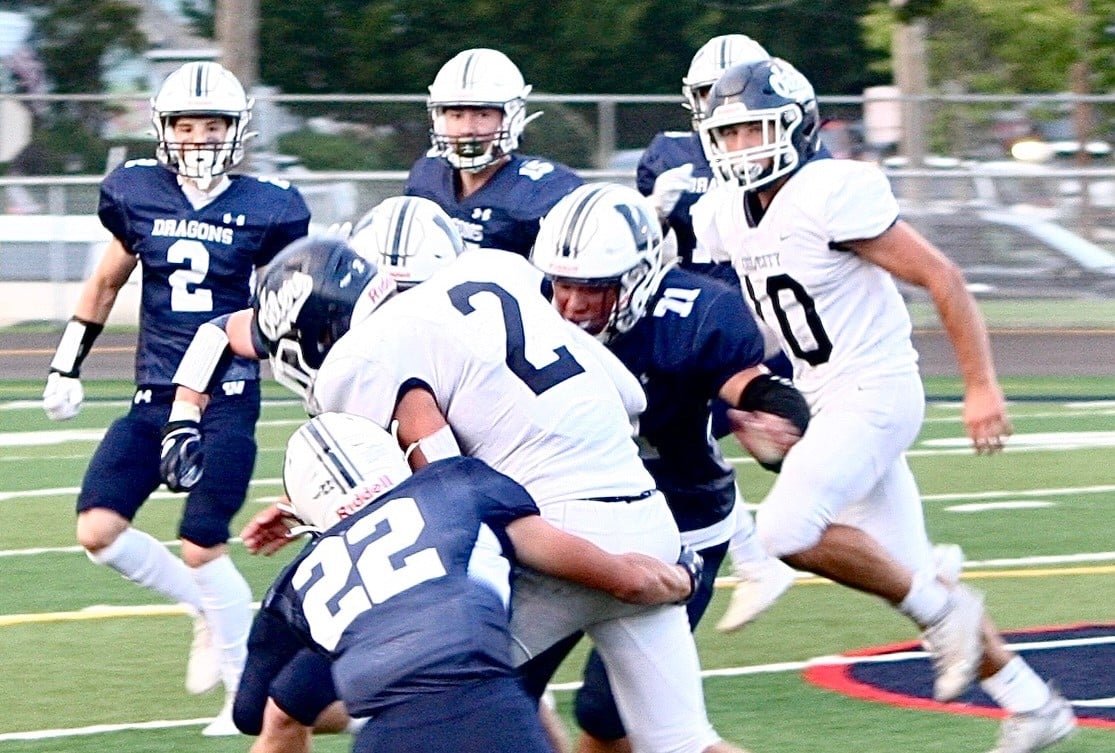 He did so again in a victory against Route 8 rival Franklin, rushing for 425 yards and five touchdowns – his third straight game of 400 yards, which is believed to be the first time that feat has ever been accomplished in Pennsylvania.

As a result, Knox is the Week 4 YDL Sports Network D9and10Sports.com District 10 Jim Kelly Football Player of the Week powered by the Allegheny Grille in Foxburg – the third straight week he has received the award.

Knox has now rushed for 1,575 yards and 21 touchdowns and also has a receiving touchdown and three interceptions on defense.

His teammate, Brayden McFetridge, had a monster game on defense with eight tackles for loss and five sacks, joining him on the weekly honor roll, which also includes a pair of kickers. Warren’s Gavin Rex booted a game-winning 23-yard field goal as time expired in a 10-7 win over Conneaut, while Cathedral Prep’s Cole Constable hit a school-record 51-yarder, as well as a 47-yarder.

Redbank Valley’s Wagner Named Week Four 2022 District 9 Jim Kelly POW Powered by the Allegheny Grille
JB Graphics Fan Pic(k) of the Week – You Pick the Winners in Week Five 2022
This website or its third-party tools process personal data.In case of sale of your personal information, you may opt out by using the link Do not sell my personal information.
×
Manage consent