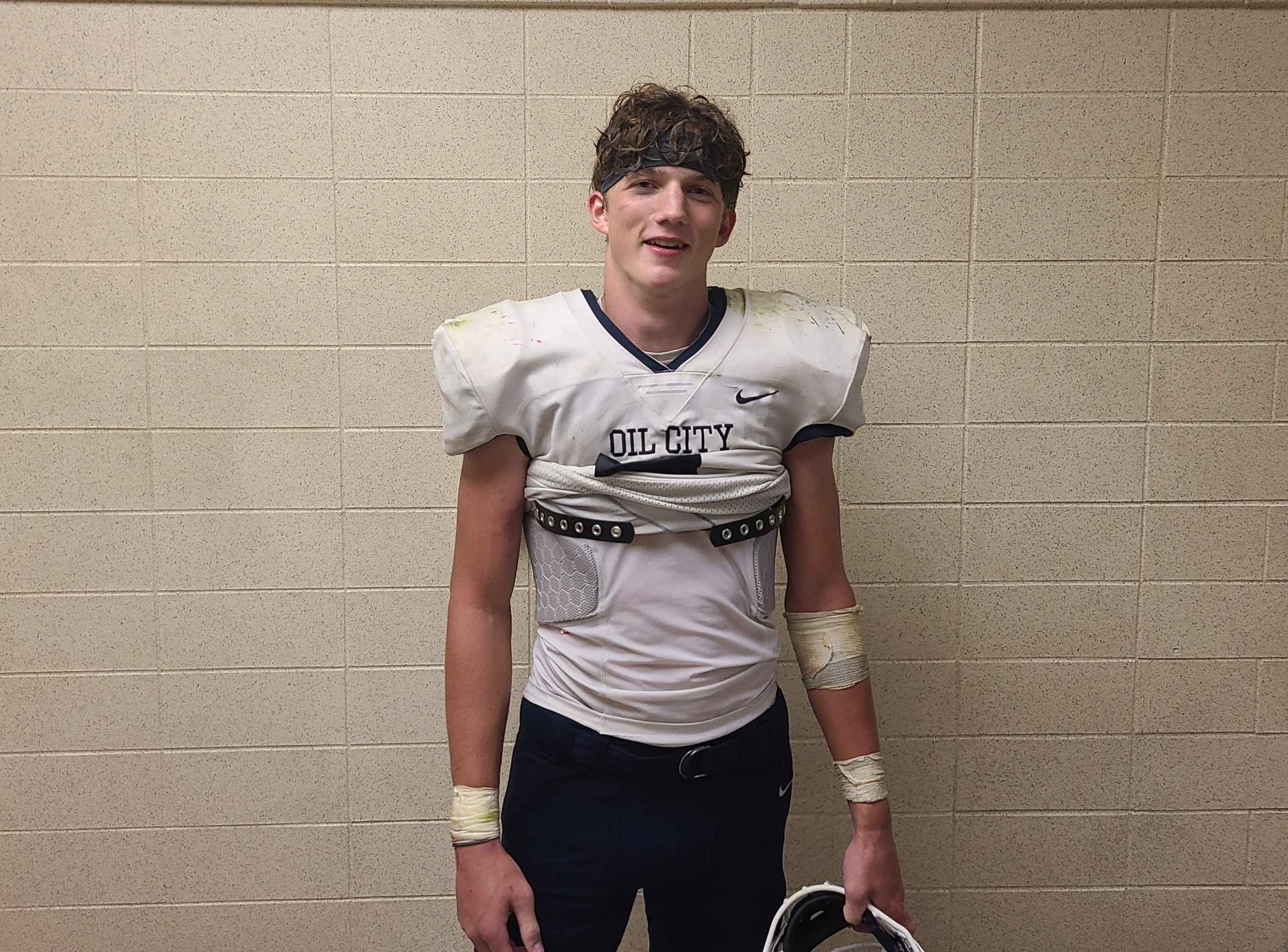 WARREN, Pa. – When your putting up the best rushing numbers not just in District 10 but the entire country, people are going to take notice.

After rushing 44 times for 445 yards in a 52-20 win for the 3-0 Oilers over North East, Knox is the Week 3 2022 YDL Sports Network D9and10Sports.com District 10 Jim Kelly Football Player of the Week powered by the Allegheny Grille in Foxburg, the second week in a row he has earned the honor.

Knox’s numbers rank among the nation’s best. In fact, his 383.7 yards per game rank tops in the nation among teams that keep stats on MaxPreps, while his total of 1,151 yards ranks third.

He also intercepted a pass on defense in the win over North East and took the next offensive snap 63 yards for a touchdown.

St. Marys’ Lukaschunis Named Week Three 2022 District 9 Jim Kelly POW Powered by the Allegheny Grille
Oil City RB Knox in Rare Air as Possibly Only 3-time 400-yard Rusher in PA History
This website or its third-party tools process personal data.In case of sale of your personal information, you may opt out by using the link Do not sell my personal information.
×
Manage consent