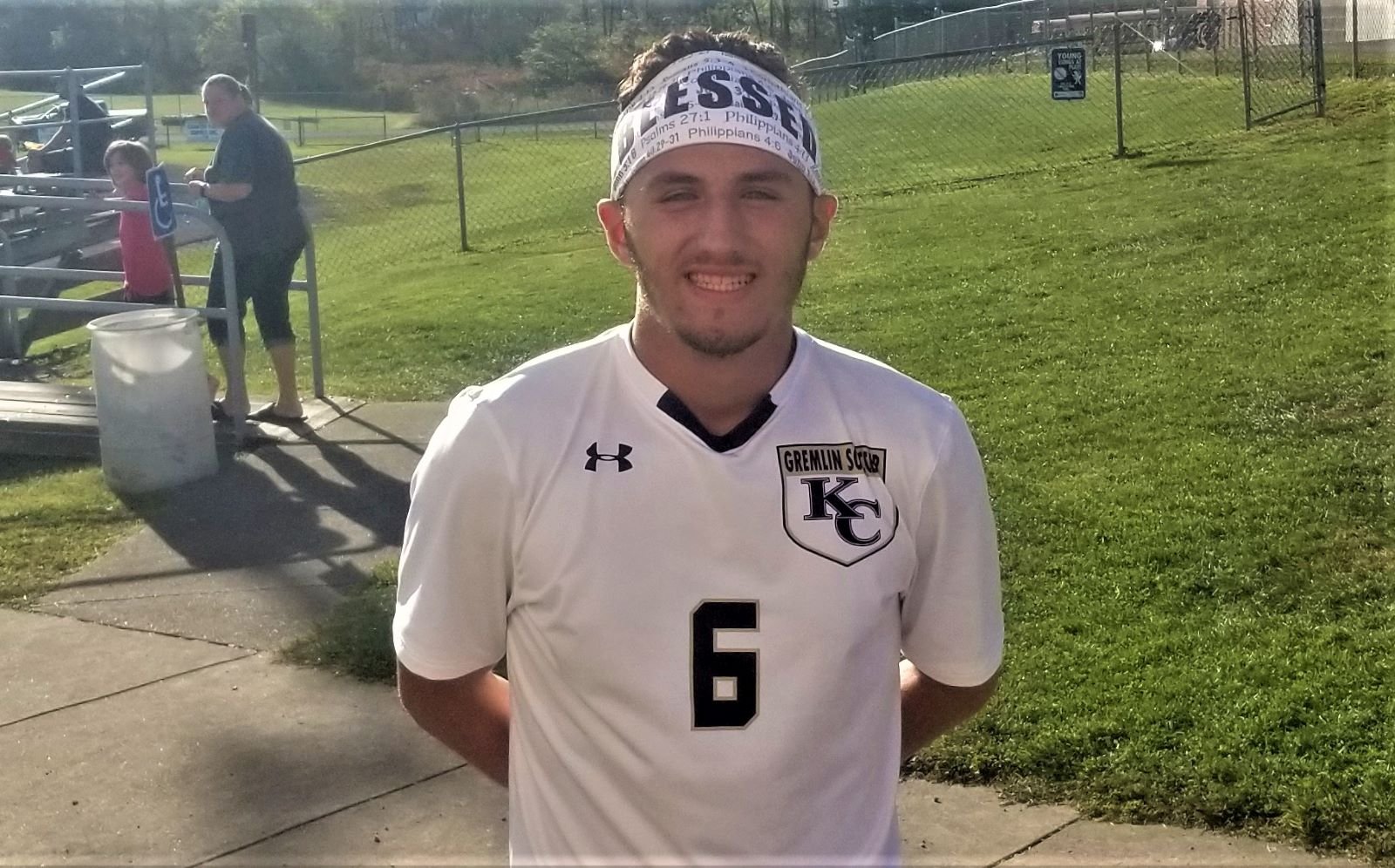 Mallick Metcalfe got his ninth victory in goal and fifth shutout for the 9-0-1 Gremlins.

COUDERSPORT, Pa. – Bradford rallied from a 2-goal deficit in the final 15 minutes to beat Coudersport, 3-2, and remain unbeaten.

With 15 minutes left to play, Gavin McGee scored from about 30 yards out to draw Bradford to within 2-1. He was assisted by Andrew Kane.

Mitchell Straus tied the game and with about five minutes to go in regulation, Jake Franz scored on free kick and the comeback was complete.

Christian Furman scored in the first half for the Falcons and Nash Delp on a penalty kick in the second half to make it 2-0.

Zach Williams made nine saves in goal for Bradford and Rosalyn Page 20 for Coudersport.

Kane led 2-0 on a pair of goals from Josh Greville and John Feikls.

Hunter Green scored with 15 minutes left in the first half and Kaleb Green with eight to go to tie the game 2-2 going into halftime.

Ty Guilds was solid in net for the Gators with 13 saves, while Owen Hillard had three stops for the Wolves.

Jared Marchiori, Garrett Park, Ryan Lin and Nolan Swanson also found the back of the net for the Rovers.

BROOKVILLE, Pa. — Visiting Punxsutawney scored both goals in the first half and blanked Brookville for a 2-0 win.

Jacob Ebel scored just under 24 minutes left in the first half off an assist from Ethan Presloid and Garrett Eddy found the net just over five minutes later with an assist from Ben Gigliotti.

BROCKWAY, Pa. – Emma Rebar and Breanne Spencer scored for Curwensville to send them past Brockway.

Rebar’s goal came in the first half and Spencer’s goal in the second half made it 2-0.

HERMITAGE, Pa. – Santina Masters scored the lone goal of the game to give Hickory the win over Sharon.

Daisy Rust got the shutout in net.

She scored goals 3, 4 and 5 in the span of four minutes in the second half.

ERIE, Pa. – Ella Raimondi scored on a penalty kick late in the first overtime to send Villa Maria to a dramatic 2-1 win over Mercyhurst Prep.

GUYS MILLS, Pa. – Maya Marshall and Jordyn Ploski scored in the second half to help Maplewood rally past Franklin.

Rylee Mattocks scored in the first half to give Franklin the lead.

GIRARD, Pa. – Brooklyn Respecki had another big game, scoring a pair of goals to send General McLane past Girard.

BROOKVILLE, Pa. — Alayna Haight’s goal off a direct kick with 28:53 left in the second half was the lone scoring in Brookville’s 1-0 win over visiting Punxsutawney.

NORTH EAST, Pa. – Ava Kreep scored a pair of goals for Wilmington as they knocked off North East 4-1 in non-region action.