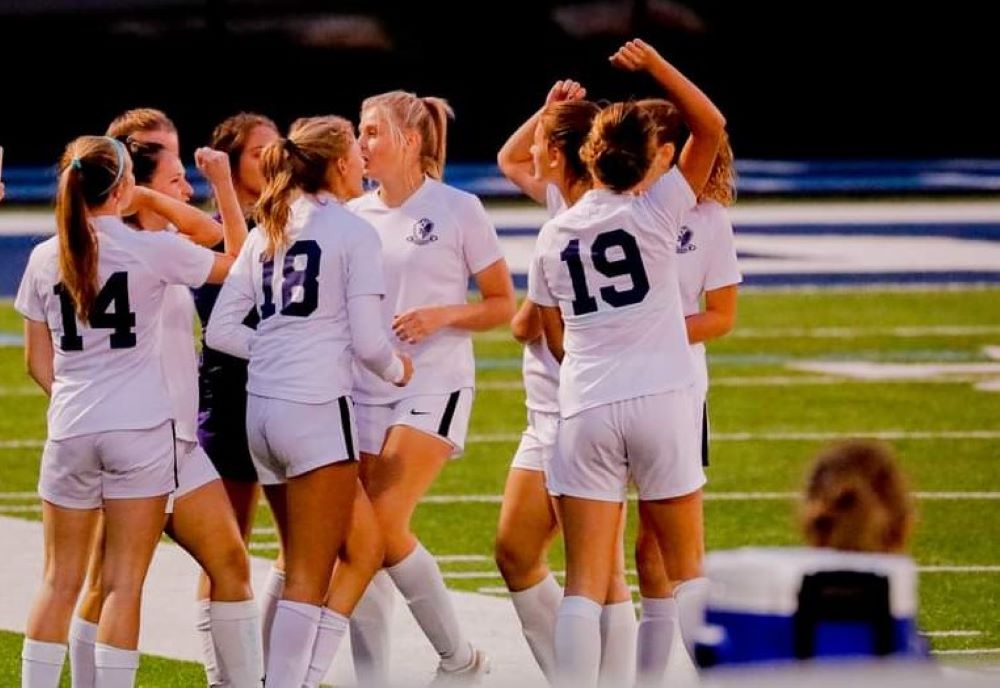 PORT ALLEGANY, Pa. – Alex Schott scored off an assist from Aidan Emerick with 3:32 left in the second overtime to send Port Allegany to a 1-0 win over Kane.

Aidan Clark had nine stops in net for Port, which improves to 11-1 with the win.

DUBOIS, Pa. – Bailee Verdill scored a pair of goals as Clarion-Limestone earned a 3-2 win over DuBois.

Thomas Uckert also had a big game for the Lions with one goal and two assists.

The Hornets also had an own goal off of a corner kick, while Logan Gordon had an assist.

Matt Maitland had three saves for the Hornets in net.

Brian Nguyen scored off a feed from Kenny Winiecki for Sharon. Lex Dobosh made six stops in net for the Tigers.

Cole Cunningham had two goals for the Mustangs, while Max Glaros had one.

Max Ellis had three assists and Glaros, Luke Childers and Donte Aloisio had one each. JR Schepp had the clean sheet in net.

Nash Delp and Mason Roessner also scored for the Falcons, while Andy Chen, Delp, Hooftallen, and Baston had assists.

Kingerski, Berry, and Cole Kovacik all had assists.

Connor Wallce had the clean sheet in net.

Abby Lutz also scored for Port, while Lily Madison and Olivia Schott had one assist each.

Brielle Budd had three saves for Port, while Charlotte Hillard had 12 stops for Kane.

Lyrik Reed and Emma Dailey had one goal apiece for the Lady Gremlins.

Jenna Ellsworth had one assist for McDowell.

Olivia Dixon scored for Prep on a Hayley Stadler assist.

ALTOONA, Pa. – Hannah Vancas scored with 32 seconds left in regulation to lift Altoona to a 3-2 win over Clearfield.

Elle Smith had a pair of goals for Clearfield, including with just under five minutes to go in regulation to tie the game.

Vancas had two goals for Altoona, while Hailey Kravetz had the other.

Megan Heim added an assist for Clearfield, while Cayleigh Walker had seven stops in net.

NEW BETHLEHEM, Pa. – Ember Hetrick had the lone goal for Redbank Valley in their 2-1 loss to Armstrong.

Punxsutawney’s Presloid Wins D9 Class 2A Girls’ Tennis Title
Sharpsville’s Fry Wins Sept. 26-29 Volleyball Performance of the Week in a Landslide
This website or its third-party tools process personal data.In case of sale of your personal information, you may opt out by using the link Do not sell my personal information.
×
Manage consent