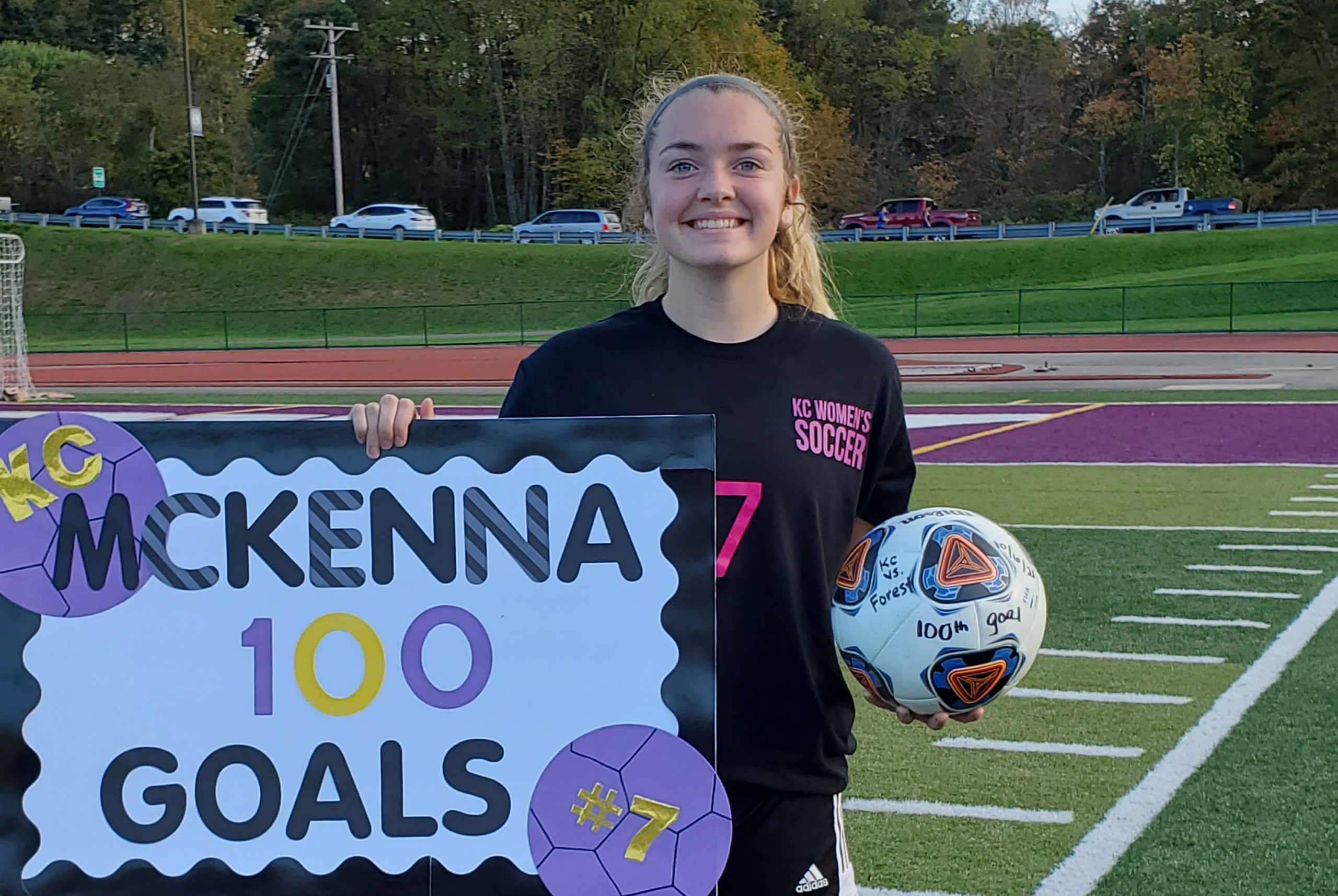 KARNS CITY, Pa. – Karns City’s McKenna Martin is now a member of the prestigious 100-goal club, this after a five-goal performance in a 7-0 win over Forest Area.

Martin came into the contest with 95 career goals.

Lyrik Reed and Rossi McMillen had the other goals for Karns City. Emma Dailey had three assists, while Reed, Paige Dodd and Ally Fennell had one helper each.

Emly Samluk had the other goal for the Bison, while Maggie Morrison was credited with an assist.

Riley Ryen scored just 12 seconds into the game, while Elle Smith, Lydia Brown (penalty kick) and Emma Hipps also had goals in the opening spurt. Hipps also added a second-half goal. Ryen had two assists and Smith and Alayna Winters once each.

Allison Shipley had three stops in net for Clearfield. Angelina Grieb had 17 stops for BEA.

ERIE, Pa. – Ella Raimondi scored all four goals for Villa, including the game-winner in overtime in a 4-3 win over General McLane.

Sydney Rotko had a pair of goals for GM.

Amanda Lewis, Eve Miller, Emma Hays, Hillary Burtner, Olivia Rock and Hannah Plunkgard all found the back of the net for the Rockets.

Lily Sanders had the other marker for the Tigers.

SHARON, Pa. – Hannah Brady had a pair of goals as Conneaut raced past Sharon, 7-1.

Ethan Fennell scored two goals and Tyler Gilmore and Caleb Watt one each.

Braylon Thayer and Cam’rin Lazar had two assists each and Logan Smith, Mason Artz and Jones one apiece.

Myles McCully and Colson Ritzert had an assist for the Gremlins. Luke Yasika had two saves in net to record his sixth shutout of the season as Karns City improved to 9-1.