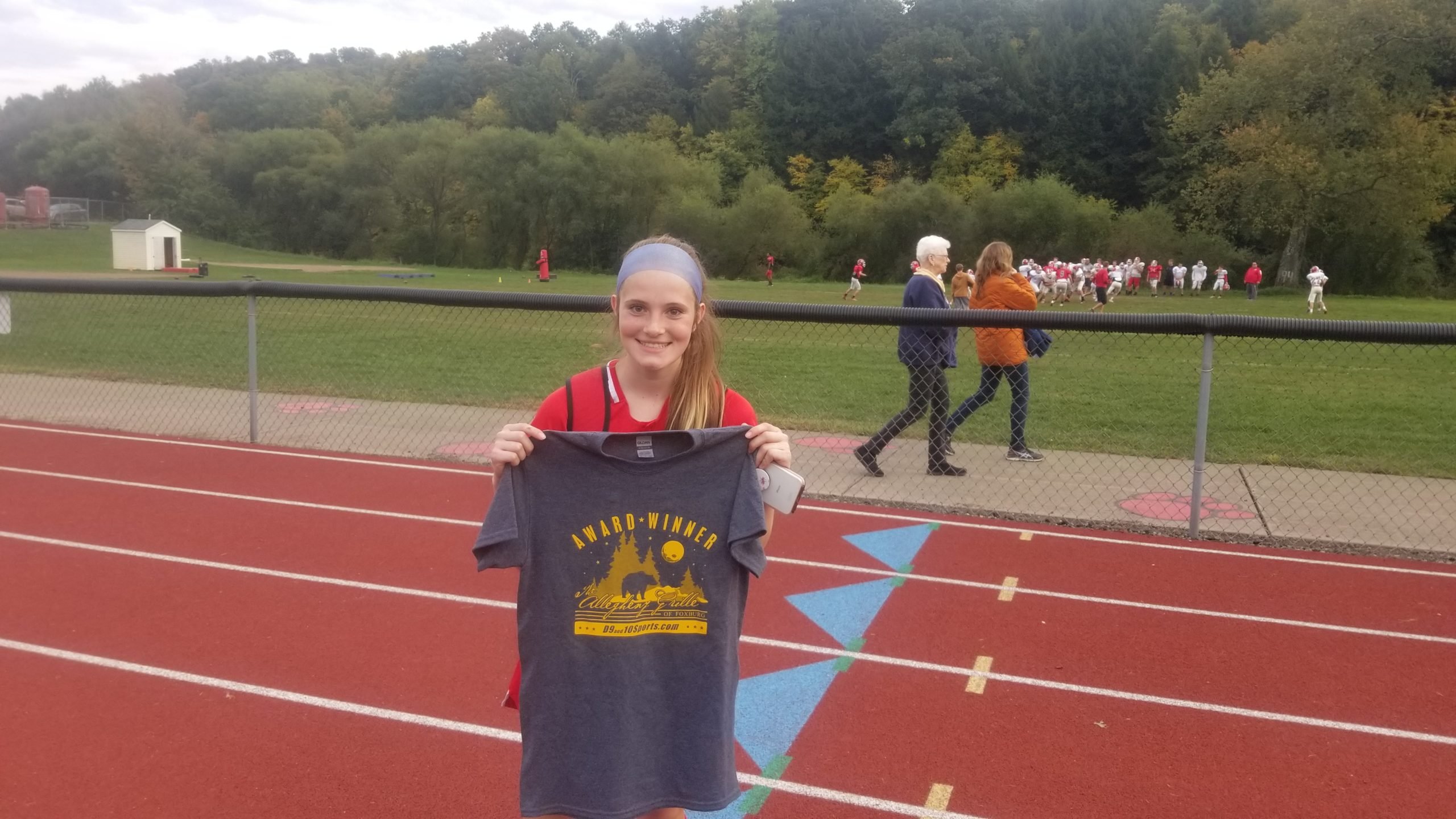 NEW BETHLEHEM, Pa. – Alexandra Shoemaker led the way as Redbank Valley scored three unanswered goals in the second half to rally past Clarion, 4-2 on Tuesday.

With the game tied 2-2, Shoemaker scored a pair of unassisted goals in the 67th and 74th minutes, respectively, to send the Bulldogs to victory.

Shoemaker was named the Allegheny Grille of Foxburg Player of the Game for her efforts.

Redbank Valley scored in the first half just over 12 minutes in as Rhiannon Laughlin played a perfect free kick to Raegan Beamer, who scored to make it 1-0.

With just 57 seconds left in the first half, Clarion’s Eveyln Lerch played a perfect free kick past the outstretched arms of Redbank keeper Gabby Dinger to tie the game.

In the 57th minute, it was Lerch again, scoring to give Clarion the lead, but Beamer responded less than three minutes later to tie the game, setting up the late dramatics from Shoemaker.

MEADVILLE, Pa. – In a rematch of last season’s District 10 title game, it was all Warren, as Kyra Wotorson, Paige Johnson and Kyleigh Wilson all scored hat tricks to lift Warren to a 10-0 win at Meadville.

Georgie Bickling added a goal and three assists as well.

The trio of Wotorson, Johnson and Wilson each scored two of their three goals in the first half. Ella Ordiway dished out a pair of assists in the half, and Bickling, Wilson and Eliza Brook had helpers as well.

EDINBORO, Pa. – It’s hard to have a better game than General McLane’s Brooklyn Respecki had against Iroquois.

Respecki scored a whopping six goals and helped on all three others as the Lancers rolled to victory.

BROOKVILLE, Pa. – Brookville’s Jordan Cook delivered in the waning moments to give the Lady Raiders their first win of the season, 2-1 over Keystone.

Cook put in a centering pass from Morgan Monnoyer within the goalie box to break a 1-1 tie with just 74 seconds left in regulation.

Cook also scored with 22 seconds left in the first half on a hustling breakaway goal to even the score at 1-1.

Keystone had taken the early lead when Kaylynn Fulmer scored with 16:49 left in the first half.

Eastman opened and closed the scoring, all of which was in the first half, and the Knights scored three goals in a five-minute span to break the game open against the Rockets.

Megan Strausser scored two goals for EHS, while Leah Peterson, Cassie Smelko and Eastman all had assists, and Lilee Renninger earned the shutout in net.

PORT ALLEGANY, Pa. – Port Allegany’s River Cramer scored with eight minutes left in regulation to send Tuesday’s game with Coudersport to OT at 2-2, which turned out to be the final score.

Cramer had both goals for the Gators, with Scott Fuller and Hunter Whitney assisting.

Christian Furman and Ethan Ross found the back of the net for the Falcons.

Ty Guilds has 12 stops in net for the Gators and Roz Page six for the Falcons.

PUNXSUTAWNEY, Pa. – Jared Marchiori and Dom Inzana scored for Brockway to lift them past Punxsutawney.

Marcus Bennett and Marchiori had the assists.

Donnie Cunningham and Bailee Verdill assisted on two of the goals, and the other two were unassisted.

Thomas Bowser scored once and set up two other goals while Hayden Kramer and Steven Plyler each scoring a goal with an assist. Caleb Burkett scored a goal and Garner McMaster assisted on two goals.