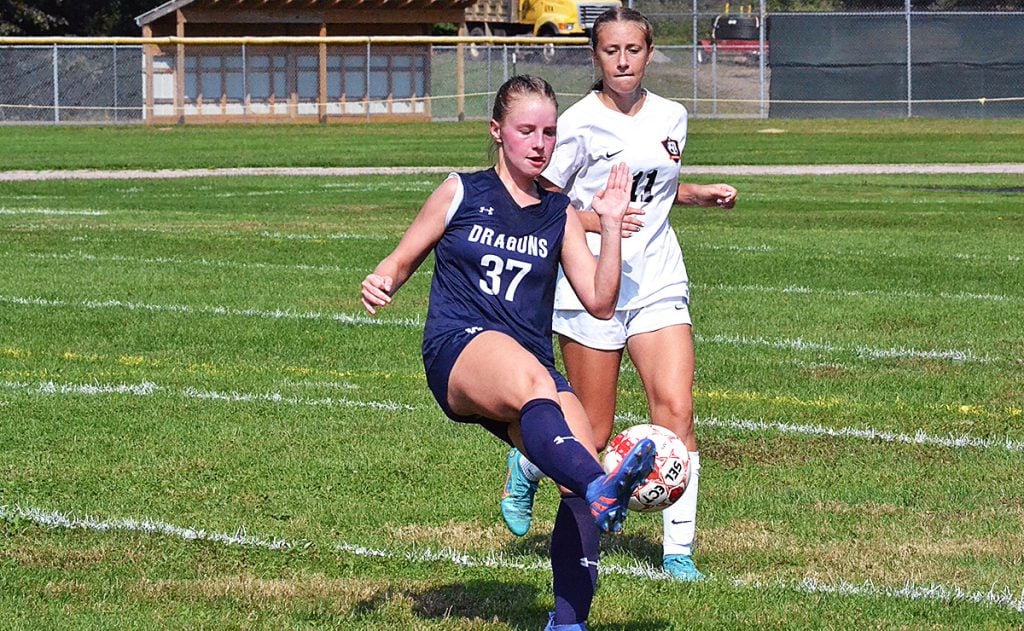 MEADVILLE, Pa. – Georgie Bickling tied, set, and added to the Warren girls’ soccer career goals record with a hat trick in the Dragons’ 6-0 win at Meadville.

Bickling sits at 84 career goals after Wednesday’s match. She broke the previous record of 82 goals set by Kyra Wotorson. Bickling also tallied a pair of assists in the win.

Meea Irwin had two goals and Lauren Andersen had one. Audrey Smith and Eliza Brook each registered an assist.

Alexa Tojaga and Callie Cacchione also found the back of the net for the Ramblers.

Shoemaker and Hetrick also had assists for Redbank Valley.

Taylor and Rose Potalivo had two assists each.

LINESVILLE, Pa. – Hannah Brady scored a pair of goals as Conneaut earned a 2-0 win over Franklin.

Laurynn Pelc had an assist for Conneaut, while Savannah Burns and Haylee Morris combined on the clean sheet in net.

ST. MARYS, Pa. – Aaron Meyer scored a pair of goals for Ridgway, including the game-winner in double-overtime as Ridgway beat St. Marys, 2-1.

KANE, Pa. – Micah Baston scored a pair of goals as Coudersport earned a 5-0 win over Kane.

Lorenzo Salamone had five saves to earn the clean sheet in net.

Hughes, Vinny Cavalline, and Bash had assists for Brockway.

Owen Harmon and Kieran Fricko added two goals apiece for Redbank, while Ty Carrier and Nick Moore had one each.

Thomas Leads Maplewood Past Fort LeBoeuf; Meadville Beats Cochranton
Oct. 6, 2022 Volleyball and Soccer Schedule
This website or its third-party tools process personal data.In case of sale of your personal information, you may opt out by using the link Do not sell my personal information.
×
Manage consent