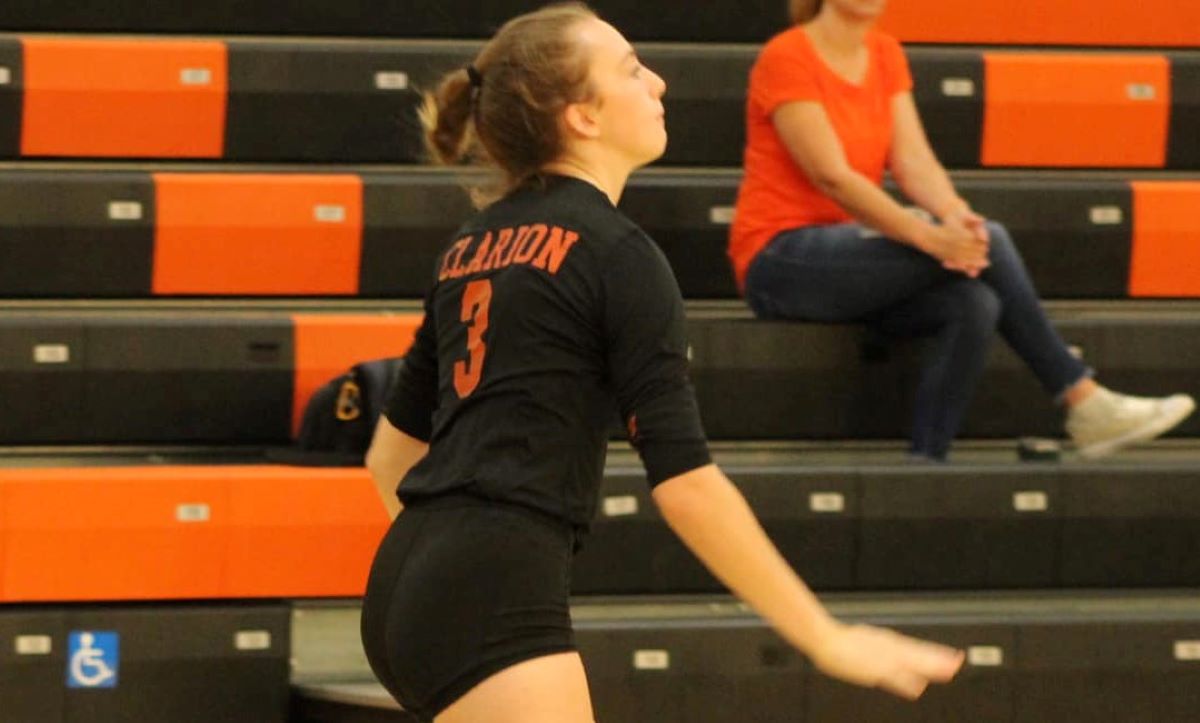 Burns led the Lady Cats, who played without outside hitter Aryana Girvan, with 22 kills while adding six digs and two aces, while Simko had 10 kills and two digs.

Lilly Shaffer ran the offense for the Lady Bulldogs with 10 set assists.

Myka Costanzo was spot on from the service line going a perfect 24 of 24 with six aces, and Kane was 87 of 89 serving as a team with 15 aces. Costanzo also had 19 digs.

Kadence Steffance ran the offense for Sheffield with 35 set assists and also had 22 digs.

Sarah Aaron helped run the offense for the She-Wolves with seven set assists.

Izzy Flick had three aces and three kills for Forest Area with Olivia Thompson adding two kills and an ace.

Lucy Higley added six kills and nine digs for the Bears with Cathryn Reynolds coming up with 12 digs and Abby Tingley 30 digs.

Avery Ollinger had eight kills and 14 digs for Mercyhurst Prep with Addica Sperry adding seven kills and 14 digs. Olivia Kulyk and Anan Tranum each chipped in five kills for the Lakers with Kulyk also having 20 digs and five blocks.

Silvis had six kills, 18 digs, and a block with Sheeler adding nine kills and 10 digs.

Also for the Lady Terrors, Carrie Drummond had six kills and four digs, and Brooke Close chipped in 13 digs and four aces.

Lillian Smyth had seven blocks in the win for the Knights, while Rayna Hultman and Carly Christianson ran the offense. Hultman also had three aces.

Wahlers led the Lady Falcons with 12 kills while adding three digs and two blocks, while VanWhy had 11 kills and an ace while getting to 22 balls on defense.

Also for the Lady Hubbers, Kaylee Fitzsimmons got to 46 balls on defense and added three aces, and Madi Faes had three aces, five digs, a kill, and 19 set assists.

Kiran Bugbee ran the offense with 20 set assists while adding eight digs, and Tayler Elchynski paced the defense with 15 digs.

Jade Williams had five kills for Austin, which was without its starting setter and Right Side Hitter, while Ella Brewer had 15 digs. Isabella Reese had nine set assists and six digs.

Summer Lucks paced the Dragons defense with 19 digs, and Halee Mineweaser ran the offense with 24 set assists and chipped in six digs and two blocks.

Hannah Glunt ran the offense for the Lady Bison with 16 set assists.

Janessa Snyder added eight kills for the Lady Tide who also got four blocks from Lizzy Palmer and four aces from Rylee Wiggins.

Kaitlyn Hoover ran the offense for Curwensville with 16 set assists and also had three aces.

Madison Marzullo and Maddie Bierley each added six kills for the Lady Crusaders, while Moira Stanish ran the offense with 17 set assists.

Kyla Hart had six kills for Franklin with Gabby LaJeunesse coming up with 31 digs, Sydney May with five set assists, and Jamie Blum two blocks.