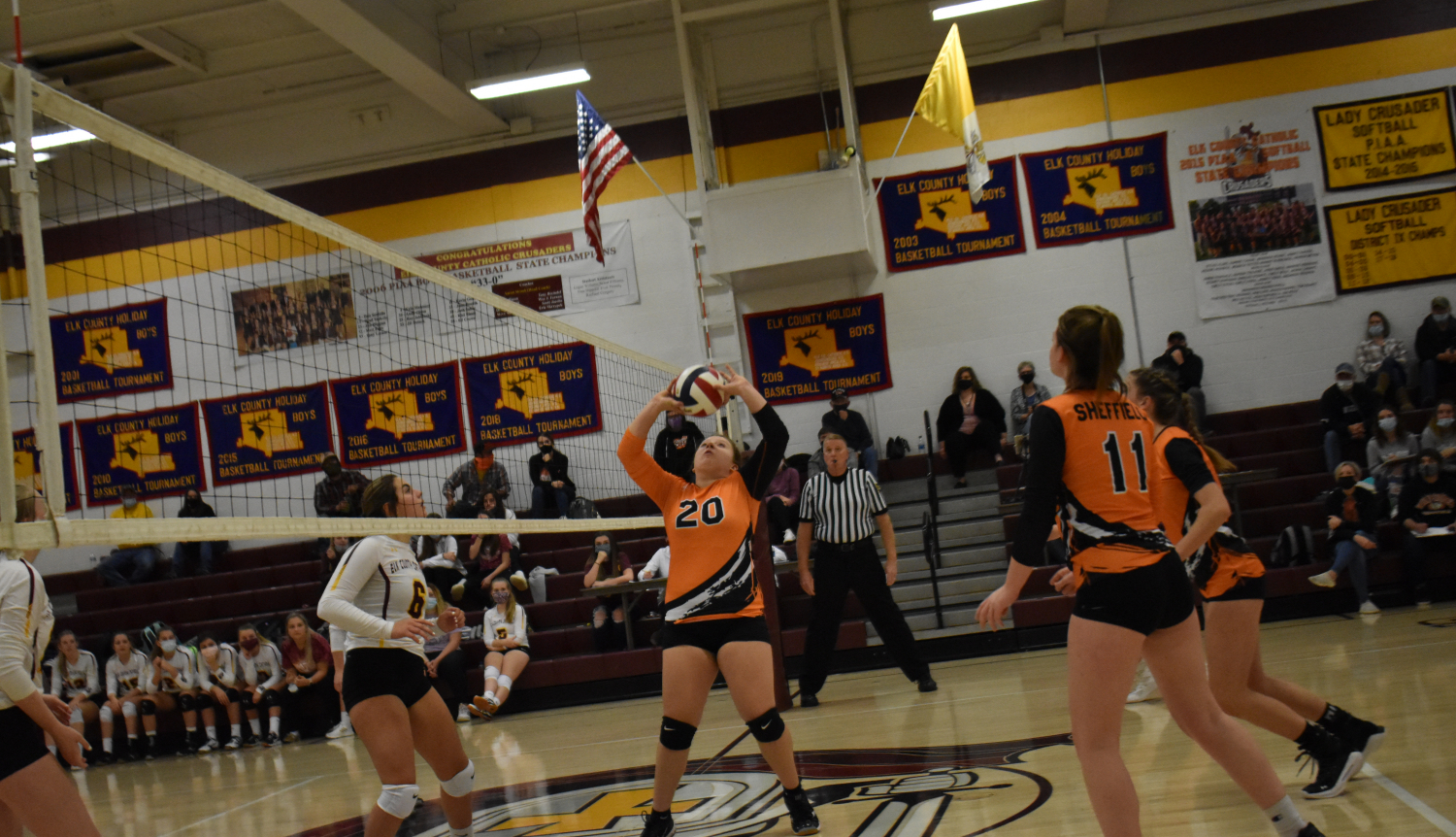 DCC volleyball coverage is powered by Pizza Hut in DuBois.

Da’Zhana Jordan also helped out of defense for Mercyhurst Prep with nine digs, and Julia Seth ran the offense with 23 set assists.

Ferringer had a match-high 19 kills to go with three aces and three blocks, while Hart added 17 kills and five aces.

Rosalie Carden ran the Lady Gremlins’ offense with 17 set assists and also had five digs, a kill, and an ace.

Brooklyn Needler and Eve Pfeiffer each had eight kills for the Cardinals with Devyn Sokol adding seven kills and Dani Huffman five kills.

Dana Jackson ran the offense for Cochranton with 26 set assists, and Tatum Jackson paced the defense with 10 digs while also serving six aces.

Jenna Stefanacci ran the offense for the Lady Falcons with 14 set assists and added nine digs.

Abby King ran the offense with 22 set assists and added two aces in the victory.

Brockway volleyball coverage is brought to you by Fran Morelli Sales & Service.

Kennedy Kaye had 15 digs and four aces for the Lady Panthers who also got 14 set assists from Natalie Bowser, nine set assists and two aces from Bryanna Mong, and eight kills from Sydney Bell.

Becca Solida had two kills for Union while Magen Walzak added a pair of aces.

Maddie Dougherty and Emma Swanson each had four digs for Bradford.

Emma Parks led Meadville with 47 kills and 11 digs with Kendall Mealy (23 digs) and Chae Kennedy (21 digs) each helping on defense.

Elliott Schleicher had 49 set assists for the Bulldogs.

Also for the Green Wave, Praylan Perkins had nine kills and seven digs.

Danielle Griebel ran the offense for Punxsutawney with 23 set assists and completed a
double-double with 10 digs.

Dunn, who injured her knee in early September, decided to rehab it instead of getting surgery right away and ran the offense for the Lady Lions with 28 set assists.

Ansley Burke was the beneficiary of a lot of those sets with 13 kills to go with seven digs and three aces, while Jenna Dunn added six kills and 10 digs and Alyssa Wiant seven kills, six digs, and seven aces. Abby Knapp also had 16 digs.

Caylen Rearick paced the Lady Bulldogs’ defense with 25 digs, and Mylee Harmon ran the offense with 20 set assists and completed a double-double with 11 digs.

Savannah Carfley also had four set assists and an ace for the Lady Tide with Jorja Fleming adding two aces and two digs.

Lindsey Greco ran the offense for the Panthers with 27 set assists, and Rylie Braymer paced the defense with 11 digs.

Kyleee Hasan had 11 kills for Sharon with Victorya Byler added 10 kills and Kylie Weirick had 17 set assists. Jamoria Crumby also had 10 set assists for the Tigers.