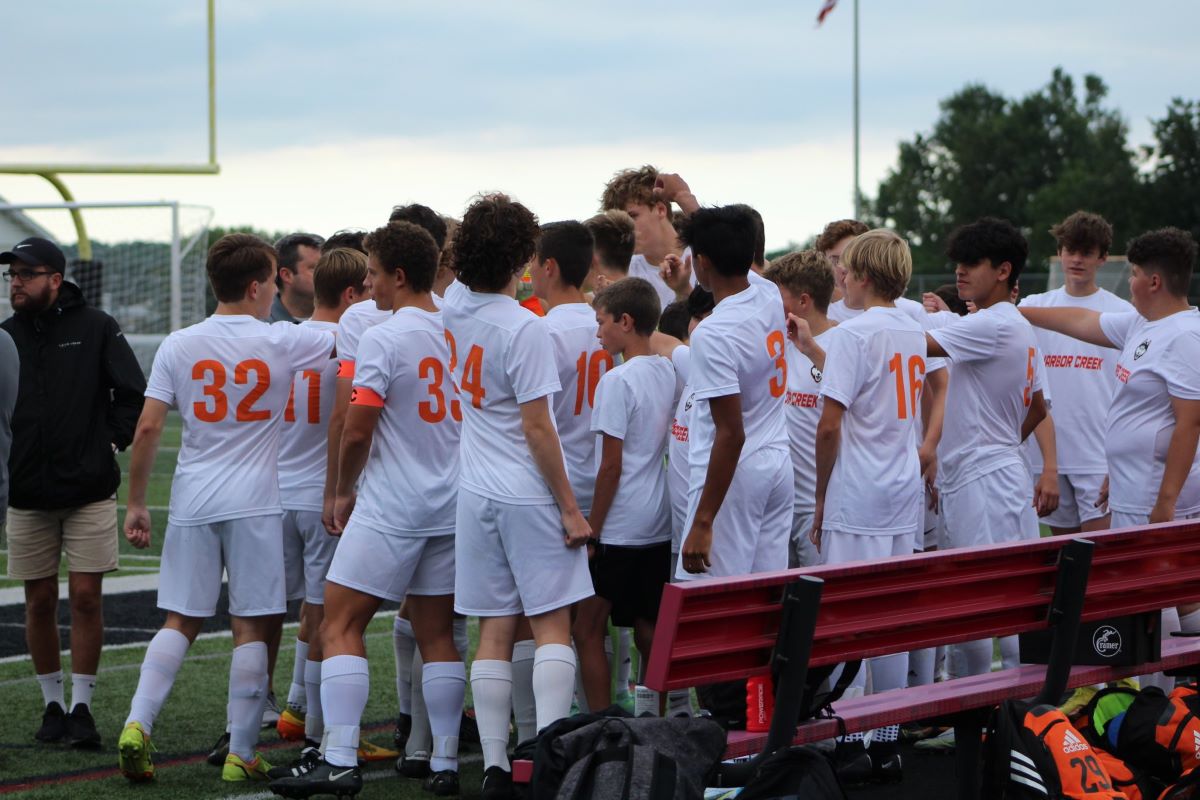 LAWRENCE PARK, Pa. – All it took was one.

Ben Wolfe’s goal in the second overtime period lifted No. 5 Harbor Creek past top-seed Fairview, 1-0 in the District 10 Class 2A boys’ soccer semifinals.

Ryan Humpreys was stellar in net, earning the shutout for the Huskies.

With the win, Harbor Creek advances to play No. 2 Mercyhurst Prep for the D10 title on Thursday (Nov. 3) at a site and time to be determined.

It was the second consecutive double-overtime match for Fairview, which beat Grove City 2-1 in the quarterfinals.

MEADVILLE, Pa. – Adam Dahl scored in the first half and Eric Gamboa in the second half to lift Mercyhurst Prep past Slippery Rock, 2-0.

Landon Spero had the shutout in net for the Lakers, with Shea Weislogel notching an assist.

Connor Wallace was strong in net in defeat for Slippery Rock.

Respecki scored a pair of goals in the first half and notched her third – and the team’s fifth – with 12 minutes remaining in the game.

The No. 3 seed Lancers will now face top-seed Fort LeBoeuf for the D10 title on Thursday (site/time TBA).

MEADVILLE, Pa. – Fort LeBoeuf scored five second-half on its way to a 7-0 win over Hickory in the D10 semifinals.

Ashley Froess and Lydia Kowalczyk scored in the first half for the Bison, and the floodgates opened in the second.

Emily Samluk, Jenna Popowski, Abby Kightlinger, and Denali Miller all found the back of the net in the final 40 minutes for the Lady Bison.

Pizza Hut Scoreboard: Oct. 31, 2022 Volleyball/Soccer
Clearfield Lights up the Scoreboard, Beats St. Marys For D9 Class 2A Girls Soccer Title
This website or its third-party tools process personal data.In case of sale of your personal information, you may opt out by using the link Do not sell my personal information.
×
Manage consent