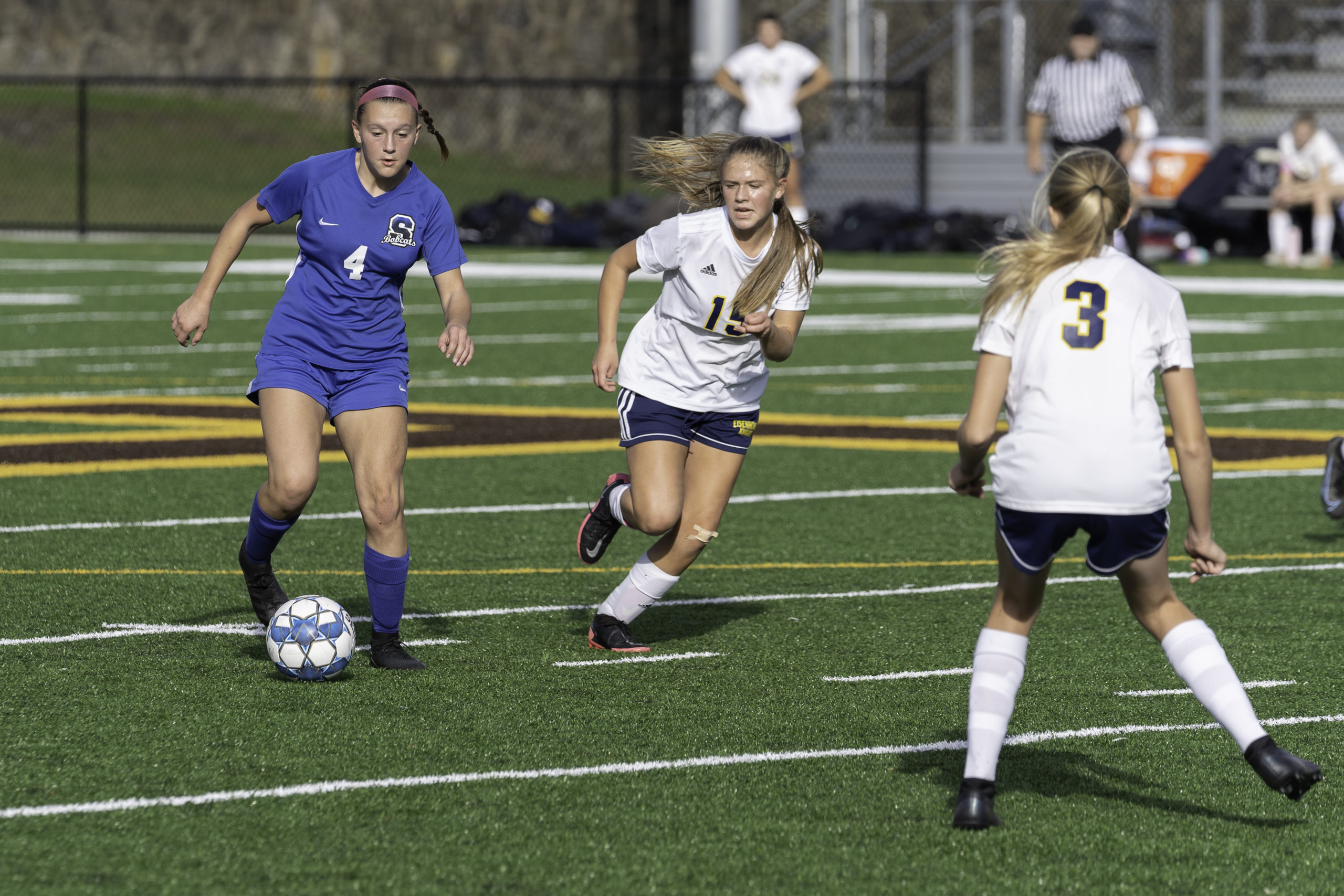 SENECA 2, EISENHOWER 0
TITUSVILLE, Pa. – Kendall Joint scored twice and Rorri Mueller stood tall in net as Seneca punched its ticket to the District 10 championship with a 2-0 win over Eisenhower.

Rewatch the game here – 1st half

Joint scored her first goal off a corner kick near the midpoint of the first half. She intercepted a goal kick in the early going of the second half and just beat keeper Tracey Jakubczak to the near post for the final tally.

Mueller had to fend off strong Eisenhower pressure in the second half, including a pair of late corner kicks. The senior squared-up nearly every shot and kept the Knights off the board.

The win was Seneca’s third this season over Eisenhower, all three were by identical 2-0 scores.

Seneca will face Mercer for the District 10 Class 1A championship at a time, date and location to be determined.

HARBOR CREEK 2, WARREN 1
TITUSVILLE, Pa. – Brandon Konieczki’s goal with 5:20 remaining broke a 1-1 tie and propelled Harbor Creek to a 2-1 win over Warren and a trip to the District 10 Class 3A championship game.

Konieczki had several chances earlier in the half but finally broke through late in the contest for the game-winner.

He spoke with D9and10Sports after the game:

The Huskies controlled possession early in the contest and earned a pair of corner kicks, but were unable to solve Warren keeper Will Nebinski until the 15th minute.

Konieczki brought the ball up the right side and passed to Luke Stanyard. Stanyard fought through the defense and passed to Caiden Taft who was able to get the ball past Nebinski for the 1-0 lead.

Roman Sheets got the Dragons on the board with 12:44 left in the first half.

Harbor Creek will take on Cathedral Prep for the Class 3A title at a time, date and location to be determined. The Ramblers swept the regular-season series, outscoring the Huskies 10-0 between the two matches.

With the win, the Mustangs advance to play top-seed Wilmington for the championship.

Scoring one goal each for Mercer were Garrett Thumm, Jonah Dadich, Owen Cappelli and Max Ellis.

GROVE CITY, Pa. – Julia Balaski’s goal midway through the second half lifted Mercer to a 2-1 win over Wilmington in the semifinals.

With the win, the Mustangs advance to play top-seed Seneca, a 2-0 winner over Eisenhower.

Reese Walker got Wilmington on the board first with a goal in the first half.

Mercer tied the game at 1-1 on Ryan Dubiel’s goal later in the first half.