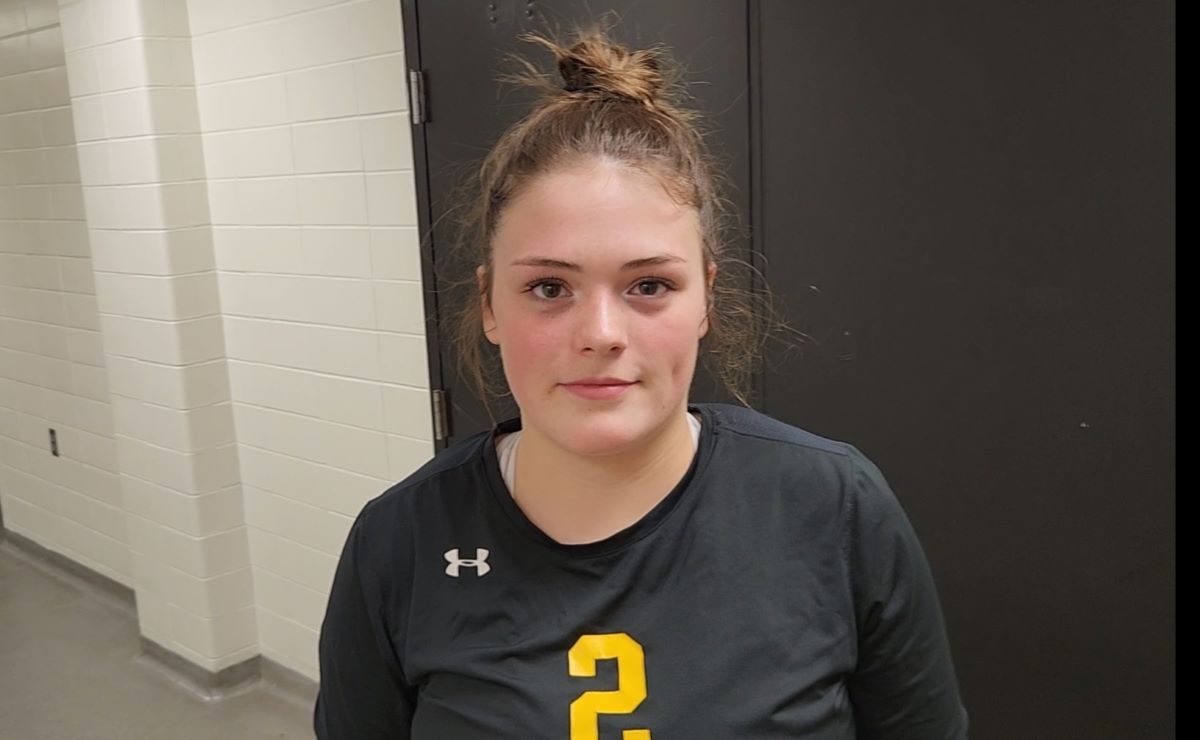 It was a great start for the Tigers, especially considering how things ended for them last season with a quarterfinal loss to North East.

“Obviously we lost in the quarterfinals (last season), so it’s kind of more redemption than anything,” said setter Bailey Varndell. “We really want to take it to a District 10 championship. As seniors we really want it and so does the rest of the team.”

Varndell had 33 set assists, with Sadie Thomas on the attack all night to the tune of 20 kills.

“We’re advancing, we’re in the semifinals and that’s how we look at it,” said Maplewood coach Sheila Bancroft. “We can’t look ahead. It’s just going to get tougher as we go.”

Mapewood jumped out to big leads in all three sets – 6-0 in the first, 10-0 in the second, and 7-0 in the third. In the first, Kennedy pushed back, getting as close as two at 11-9 before the Tigers, the No. 6 ranked team in Class A in the latest Pennsylvania Volleyball Coaches Association poll, went on a run.

“You have to play your game,” Bancroft said.”I thought we came out a little tentative. But hopefully playing here (Meadville) tonight, we get relaxed on this court. We needed to get in here, The depth perception is totally different in serving. It’s a big adjustment.”

Elizabeth Hunter had nine kills for Maplewood, while Savannah O’Hara and Megan Woge had four each.

With the win, Maplewood will take on Lakeview, a 4-set winner over Cambridge Springs, in the semifinals.

“It makes them a little hungrier,” Bancroft said regarding her team’s early exit last season. Any time we went to a tournament this year, it would be get past the quarterfinals. We didn’t take North East lightly last year. They were a very good team, but it was one of those where we couldn’t wait to go back and play. I think they’re ready to go. We have another week in the gym in practice. They’ll be ready.”

The Lady Cardinals, who reached the PIAA quarterfinals a season ago, actually trailed early in the second set, 5-4, but went on a 21-5 run the remainder of the set.

“That’s what we wanted to do, come in and play our game, passing and serving,” said Cochranton coach Marci Malliard. “I felt like we did both of those things well tonight.”

The Cardinals went up 7-0 in the first set and had early trouble in the second before pulling away.

Dana Jackson set a balanced offensive attack with 25 set assists as well as eight aces. She had four aces in a 10-0 run in the third set that broke up what was an early 3-3 deadlock.

“I don’t want (the mindset) it to change because it’s the playoffs,” Malliard said. “I feel like we should be up and ready to go all the time. It’s kind of hard to play like that in our region, but we don’t put extra emphasis on it being the playoffs. We just want to keep doing the same things we’ve been doing.”

The kills were evenly spread out for Cochranton, with Devyn Sokol notching a team-high eight (to go along with five aces), Dani Hoffman six, and Eve Pfeiffer five. Taytum Jackson also had six digs and three aces.

With the win, third-seeded Cochranton advances to play No. 2 seed West Middlesex, a 3-set winner over Eisenhower, in the semifinals.

“Things will pretty much stay the same,” Malliard said about her team’s practice routine. “We might have a few new drills just to keep things fun and interesting, but other than that, things will stay the same.”

West Middlesex will take on third-seeded Cochranton in the semifinal Tuesday, Nov. 1, at a site and time to be determined.

Riley Sample and Delaney Kepner each chipled in five kills for the Sailors, while Priscilla Cole ran the offense with 14 set assists and addedsix aces.

It is believed to be the first-ever postseason win for Lakeview, who will battle top-seeded Mapleeood Tuesday, Nov. 1, at a time and location to be announced.