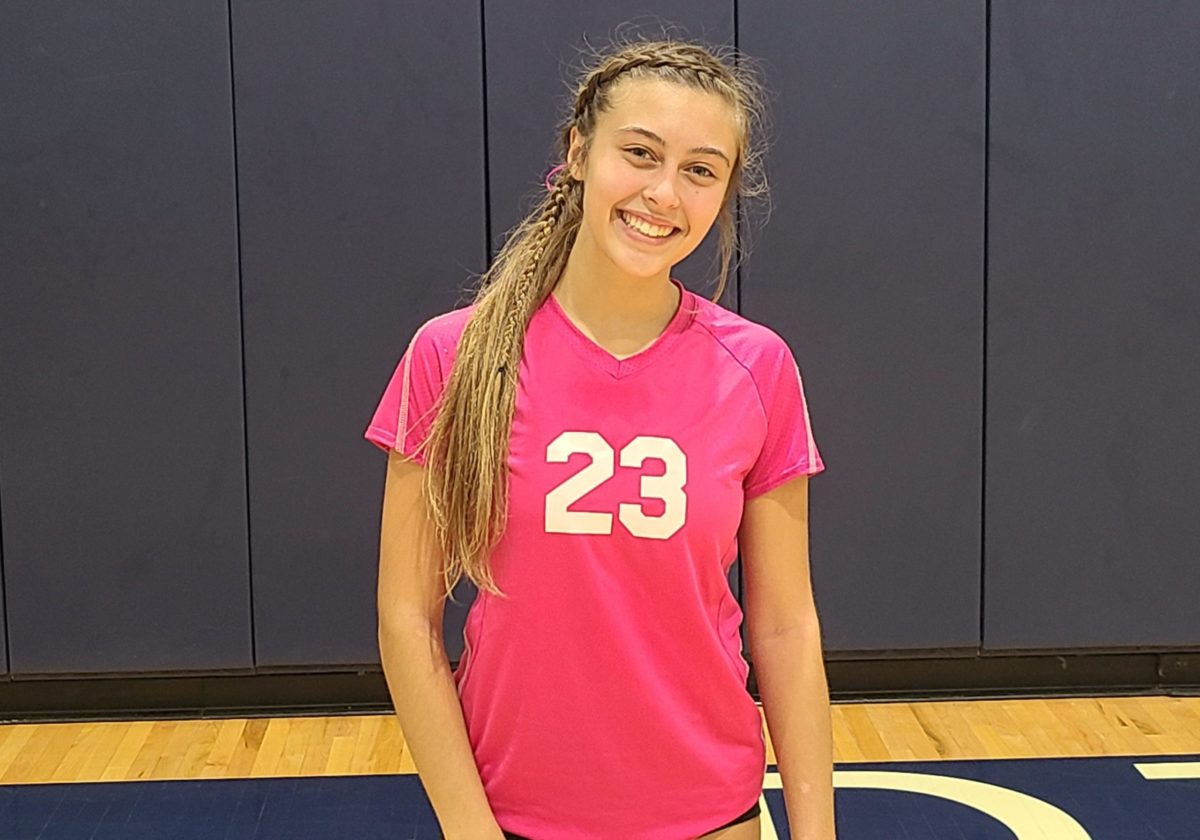 Warren, which captured a share of the Region 5 title with a win over Conneaut (Pa.) on Tuesday, went on big runs in each set, including in the third when they jumped out to an 18-6 lead.

Halee Mineweaser set the offensive tone with 28 set assists to go along with three blocks and eight digs. Mineweaser was named the Allegheny Grille of Foxburg Player of the Match and talked about the win afterward.

Katie Madigan had 18 kills and 17 digs for the Dragons, who have won five straight.

Bailey Varndell ran the offense for the Tigers with 23 set assists.

According to assistant coach Nicole Fox, the Lady Gremlins needed to win in order for the district to allow Karns City to enter the postseason – District 9 has an open tournament in all classifications for volleyball but individual schools have different policies governing when and how a team can enter.

Ayanna Ferringer added seven kills, two digs, and a block in the win, the ninth straight for th Berries, while Ashlynn Collins had 16 set assists.

Delaney Cowger ran the offense for Jamestown with 20 set assists.

Chloe Rossi and Lauren Dahn each added seven kills for the Bison with Rossi also picking up 11 digs and Dahn 10.

Smith led the Lady Gators with 14 kills while adding 10 digs and two aces, while Moses added 10 kills and three blocks.

Leigha Nelson ran the offense for the Lady Gators with 24 set assists.

Maya Smith also chipped in four kills, 12 digs, and two aces in the win, while Elizabeth Yasurek had 10 digs, and Myka Costanzo 13 digs and five aces.

Jayna Johnson ran the offense with 21 set assists with help from Aubri Haight, who had seven set assists.

Also for the Eagles, Lilly Clough added five kills while Kenzie Olewine got to 21 balls on defense.

Macensky led the Tigers with 13 kills while adding 11 digs, three aces, and two blocks, while Rohrabugh had 10 kills, 16 digs, two blocks, and an ace.

Kalie Dixon had a strong night for Bradford with 16 set assists, two kills, and a block, while Jessica Fox added four blocks and four kills.

Stats were first reported by the Bradford Era

Ciara Toven led Punxsutawney with eight kills, while Danielle Griebel had 14 set assists, and Emma Galando got to 36 balls on defense.

Kadence Steffan ran the offense for the Lady Wolverines with 21 set assists.

SMETHPORT, Pa. – The Austin at Smethport game was suspended before the start of the fourth set because of a power failure at Smethport High School.

According to Smethport’s Kristin Fitzsimmons, the resolution of the match won’t be known until the athletic directors can talk Friday.

Some stats at the time of the suspension included Jade Williams with eight kills for Austin, while Ella Brewer had gotten to 26 balls on defense, and Marah Fowler had 18 set assists, four kills, and six digs.

Smethport was being led by five kills and nine digs from Kaylee Swanson, while Baylee Fitzsimmons had gotten to 28 balls on defense and Dani Nelson had four kills, eight digs, and four aces.

Clarion Tops Keystone in Battle of Potential D9 Top Seeds, as Lady Cats Complete Unbeaten Regular Season
Oct. 23, 2021 Soccer: Greenville, Fairview Girls Get Opening Round Wins
This website or its third-party tools process personal data.In case of sale of your personal information, you may opt out by using the link Do not sell my personal information.
×
Manage consent