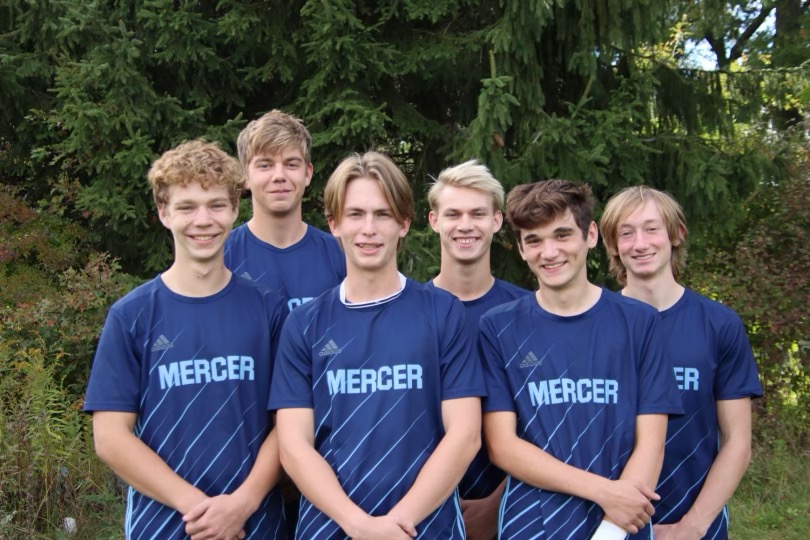 Owen Cappelli had the other goal for the Mustangs, while Ellis and Mattew Knopp had two assists each and Cole Cunningham and Thumm one each.

JR Schepp had two stops in net in the shutout.

Max Kovacik had an assist for Slippery Rock

Alex Carlson also had one goal and one assist for the Rovers, while Bradey Hughes had the other Brockway goal.

Jimmy Fremer and Evan Botwright had assists for the Rovers.

LINESVILLE, Pa. – Lukas Jones scored the lone goal of the game to lift Hickory to a 1-0 win over Conneaut.

Matt Maitland had five stops to earn the shutout.

WARREN, Pa. – Playing without its top scorer, Warren got goals from five different players to earn a 7-1 win over visiting Titusville in the regular-season finale.

The Dragons were without the services of Parks Ordiway (undisclosed) Thursday, but Mark Lynds and Quinn Norris stepped up to score two goals each. Norris added an assist as well.

Logan Crissy, Ethan Best, and Corban Reinard all found the back of the net in the win.

Casey Rich had two assists, while Gavin Rex and Jack Chapman each had one helper.

NORTH EAST, Pa. – Mike McGuigan scored the lone goal of the game to send North East to a 1-0 win over Harbor Creek.

RIDGWAY, Pa. – Sara Zameroski had nine saves in goal to help Ridgway to a 1-0 victory over Port Allegany.

Brielle Budd had five saves in net for Port.

Pizza Hut Scoreboard Oct. 20, 2022: Volleyball/Soccer/Football
Oct. 20, ’22 VB Recaps: Maplewood Tops Cochranton in Battle of State-Ranked Teams; Brockway Outlasts Brookville
This website or its third-party tools process personal data.In case of sale of your personal information, you may opt out by using the link Do not sell my personal information.
×
Manage consent