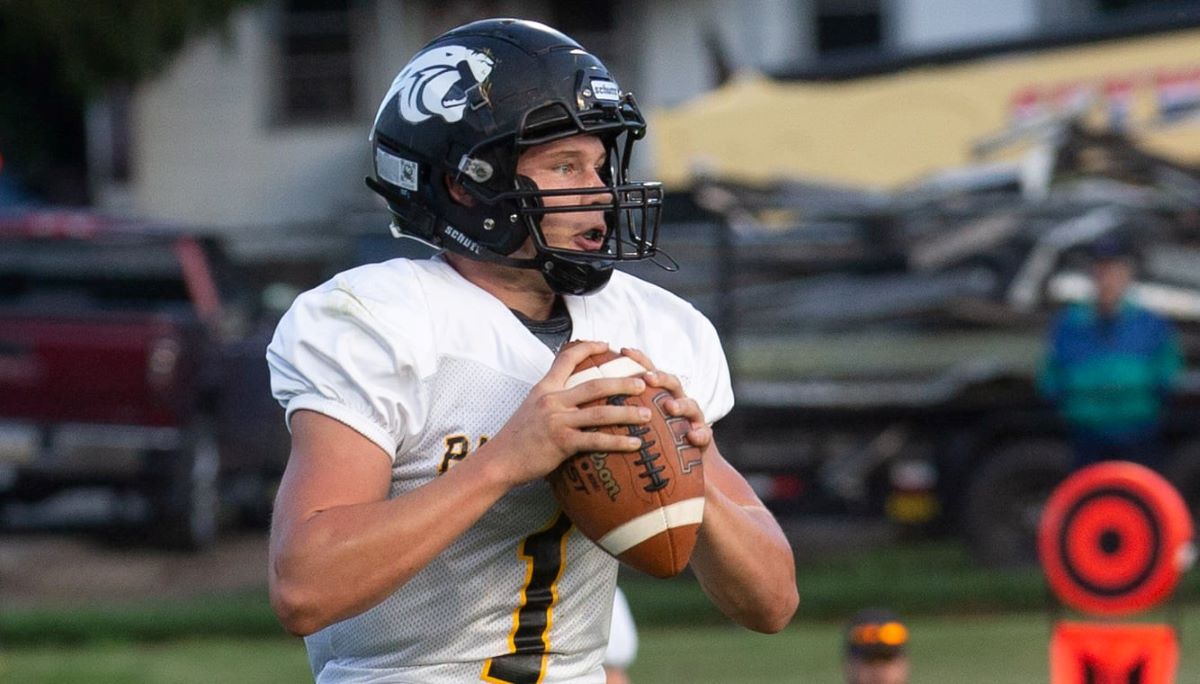 Bret Wingard threw for three touchdowns and ran for another in Keystone's 58-14 win over Sheffield on Saturday.

SHEFFIELD, Pa. – Bret Wingard threw for three touchdowns and ran for another as Keystone stayed unbeaten with a 58-14 win over Sheffield.

Wingard finished 11-of-15 through the air for 168 yards and also rushed for 74 yards on just three carries.

Kyle Nellis rushed for 84 yards on nine carries and a touchdown for the Panthers (5-0), while Spencer Heeter had 88 yards on the ground and a score and Rayce Weaver also added a rushing touchdown.

Tyler Albright had 109 yards receiving and two touchdowns for the Panthers, while Aidan Sell and Tyler Pheff also had touchdown receptions. Weaver had 32 yards passing and a touchdown.

Bahm and Byrd connected on scoringg passes of eight and 64 yards as the Lakers built a 21-7 halftime lead. Bahm also had a rushing touchdown for the Lakers.

Bahm finished with 245 yards through the air, 145 of which went to Byrd.

After taking a 21-7 halftime lead, the Royals got touchdowns from Denzel Driver, Jamari Gilmore and Mason Hunter in the second half.

The Royals return to Buffalo next week to battle St. Franics.

Redbank Valley Dominates Second Half to Beat Smethport in D9 Title Game Rematch
District 9 Football Power Points Through Week 6
This website or its third-party tools process personal data.In case of sale of your personal information, you may opt out by using the link Do not sell my personal information.
×
Manage consent