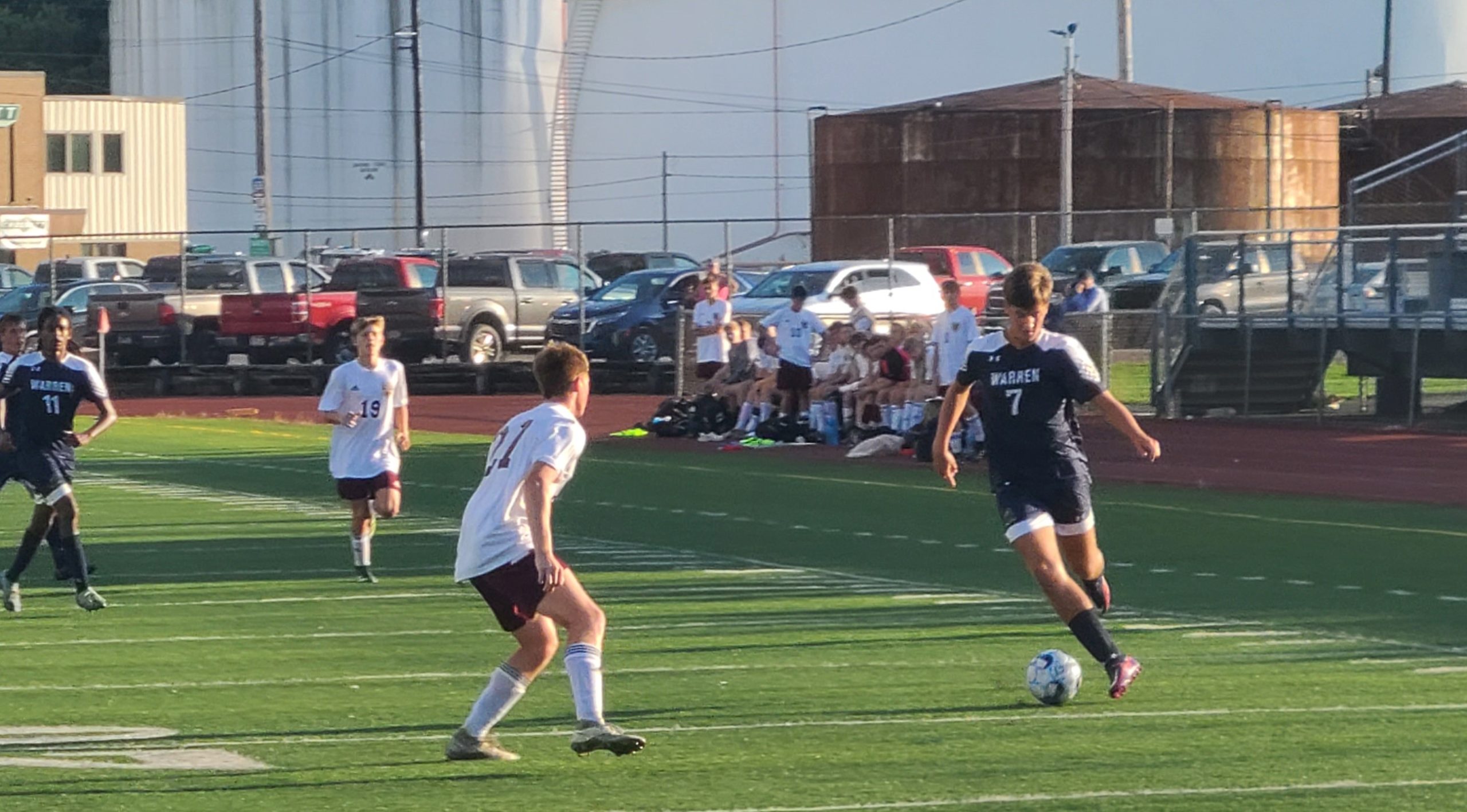 Jacob Hooftallen had two assists, while Delp, Roessner, Andrew VanWhy, and Andy Chen had one helper each.

HERMITAGE, Pa. – Gavin Siegried scored with 53 seconds remaining in regulation to lift Slippery Rock to a 1-0 win over Hickory.

Connor Wallace had the shutout in net with five saves.

WARREN, Pa. – Jack Darling and Parks Ordiway combined for five goals, and Will Nebinski and Jack Lynds each stopped a penalty kick as Warren defeated Eisenhower, 6-0.

Darling had three goals and an assist, while Ordiway had two goals and three assists to pace the Dragons’ offense. Mark Lynds had a goal and Logan Crissey and Finn Ordiway each tallied an assist in the win.

Mason Melaragno had two assists for the Tigers.

Ethan Baker had the shutout in net.

Dakota Longo, Sam Kightlinger, and Giovanni Main all had one goal apiece.

Carlson had three assists, Hughes, Lin, and Botwright two each, and Durle, Cavalline and Aiden Raybuck had one apiece.

Cece Morrow, Sophia Bonetto, and Hanna Dailey all had one goal each.