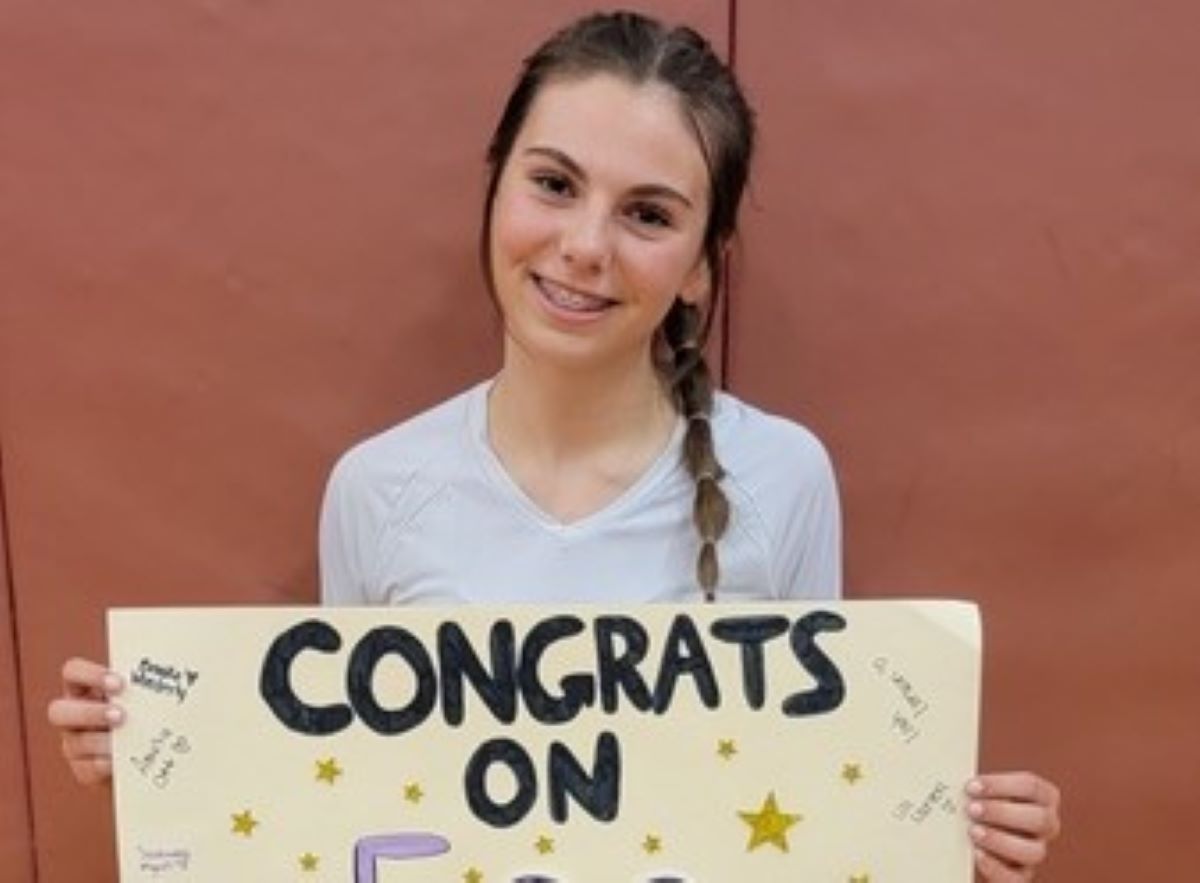 Rutter, who also had a pair of aces, now has 868 career digs.

Kendall Dunn set up her sister and finished the night with 37 set assists, while Sarah Bottaro and Maddy Greeley each added eight kills.

Sheffield went on an 8-0 run in the first set to break open after it was tied at 13-all and rallied from down 22-20 in the third set to close out the win.

Goldthwaite also had two blocks on her way to Allegheny Grille of Foxburg Player of the Game honors. She talked about the win:

Kassidy Orinko had six kills, nine aces, and nine digs for Sheffield, while Kadence Steffan had 27 set assists and 11 digs, and Emily Foster had six kills and Peyton Wotorson four.

Hannah Hart added seven kills and four digs for the Muskies who also got 13 digs from Madilyn Enterline.

Reagan Bauer added eight kills and six aces for the Lady Crusaders who also got seven kills from Maddie Bierley and six kills and two aces from Madison Marzullo.

Brockway volleyball is powered by Fran Morelli Sales and Service.

Ashlynn Collins ran the offense for Cranberry with 24 set assists.

Praylan Perkins added seven kills and 23 digs for the Green Wave who also got six kills and 19 digs from Olivia Cook and 23 set assists, five digs, seven aces, and a kill from Trinity Lundy.

Bailey Cannon added six kills and three aces for the Lancers who also got five kills from Elaine Corwin.

Rachel LeSuer paced GM on defense with eight digs while chipping in three aces, and Abby Ball ran the offense with 16 set assists and also had five digs.

Caitlin Stephens ran the offense for the Big Red with 25 set assists while adding 11 digs and four aces.

Alyn Thomas had six kills, a block, and a dig for Smethport with Kaylee Swanson adding five kills, six digs, and three aces.

Also for the Lady Hubbers, Elizabeth Hungiville chipped in three aces, three digs, a kill, and a block.

Baylee Fitzsimmons had a double-double with 19 digs and 12 set assists while also adding five aces and two kills in the loss.