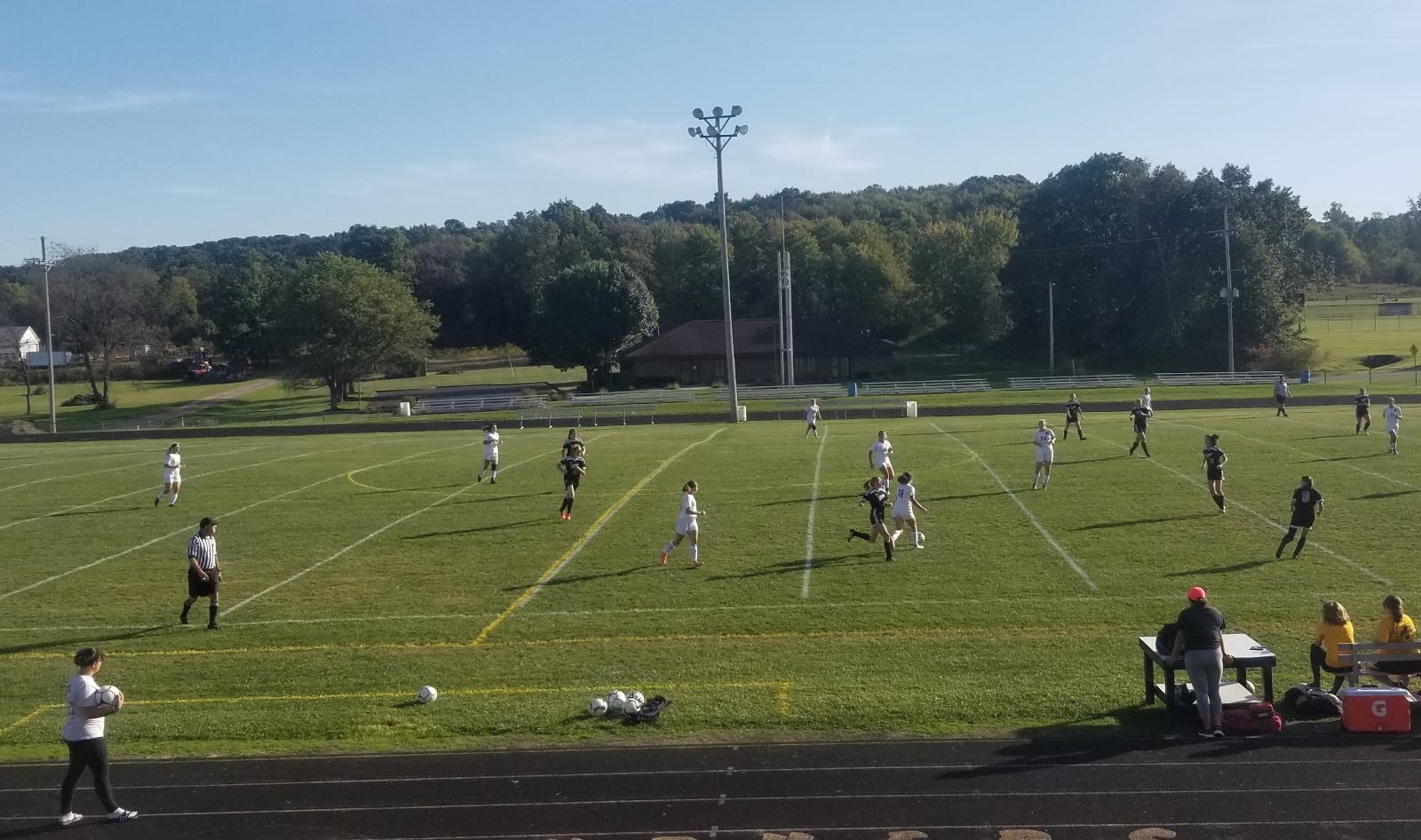 BROOKVILLE, Pa. — Beau Verdill scored five goals, including the game-winner 49 seconds into overtime to lift Clarion-Limestone to a 7-6 win over Brookville.

The Lions led 3-0 and 4-1 before Brookville rallied to tie it with 1:54 remaining when Brad Fiscus’ crossing pass was deflected in by a C-L defender. But Verdill, who was denied from short range by Raiders goalie Tim Miller with nine seconds left, put the win away in overtime.

For the Raiders, Zakk Wolfe and Steven Plyler each scored twice while Garner McMaster scored once and assisted on two others. Wolfe had an assist as did Fiscus.

Paul Morelli and Tyler Mele also scored for the Hornets.

BROCKWAY, Pa. – A pair of goals from Evan Botwright led Brockway to an 11-0 victory over visiting Forest Area.

WARREN, Pa. – Warren picked up a 3-0 victory over visiting Meadville.

Zane Anderson netted the first goal for the Dragons with an assist from Wes Kiehl. JT Blum scored the second goal to make it 2-0 through halftime. Kiehl scored the last goal with seven seconds left in the game.

Alex Ferry recorded the shutout in net for Warren.

PORT ALLEGANY, Pa. – Thanks to a hat trick from Jake Cochran, Galeton upended Port Allegany, 5-1 on the road.

Thai Stover and Gavin Sykora each scored a goal for the Tigers.

Aiden Emerick scored the lone goal for the Gators.

Port Allegany’s goalkeeper was Ty Guilds, who made 21 saves.

Evin Stauffer added a goal and a pair of assists for the Lady Gators. Olivia Scott and Alliyah Penick each netted a goal.

Jen Baxter made four saves and earned the shut out for Port Allegany.

Megan Rohr was the goalkeeper for Ridgway and made 10 saves.

Elle Smith, Emma Hipps and Amanda Hazel each netted a pair of goals for the Lady Bison. Riley Ryen had three assists.

Cayleigh Walker made one save and earned the shutout.

Emily Bosworth, Mackenzie Lucas and Emily Morgan scored two each, while Maddie Cowburn and Maddie Emerson had one apiece.

Cowburn also had a pair of assists.

Oct. 15, 2020 Volleyball Scores
Oct. 15 Volleyball Recaps: Saegertown Claims First Region Title Since ’76; Sheeler Reaches 1,000 Assists for O-E
We use cookies on our website to give you the most relevant experience by remembering your preferences and repeat visits. By clicking “Accept All”, you consent to the use of ALL the cookies. However, you may visit "Cookie Settings" to provide a controlled consent.
Cookie SettingsAccept All
Manage consent