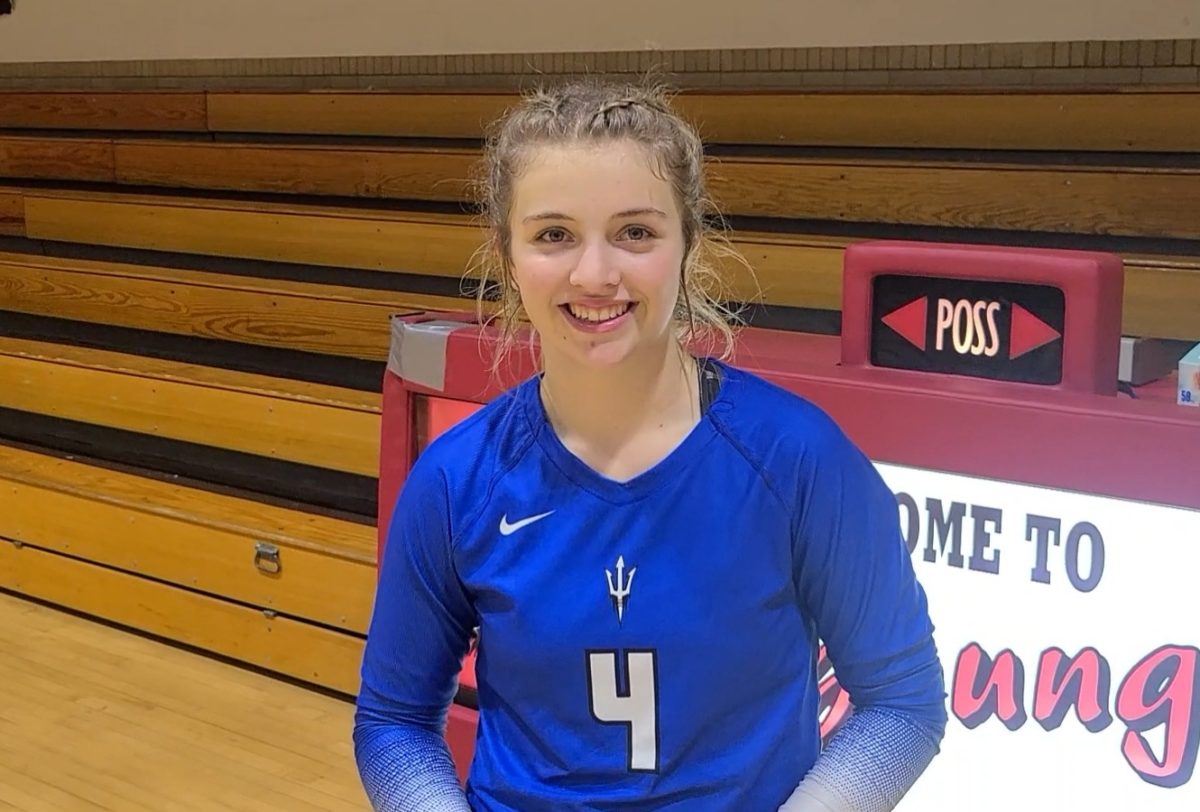 Smith was the Allegheny Grille of Foxburg Player of the Match and talked about the win afterward:

Jordyn Wheeler had 10 kills for Blue Devils, while Abbie Schultz ran the offense to the tune of 19 set assists.

Emily Boylan and Kylie Miller each had 10 kills for Cambridge Springs.

Liz Frame ran the offense for the Lady Falcons with 35 set assists while adding six digs, and two aces, while Sierra Myers, Savannah Myers, and Makenzie Gentyzel all helped Wahlers on offense.

Sierra Myers added 10 kills, four aces, one block, and a dig, Savannah Myers had nine kills and 11 digs, and Gentyzel chipped in eight kills and 10 digs.

Justine David ran the offense for the Lady Panthers with 13 set assists and also added 10 digs, two kills, and a block.

Dunn put up 28 set assists with 11 going to Brooke Kessler, who led the Lady Lions in kills.

Alana Brooks got to 15 balls on defense for North Clarion with Ainsley Hartle running the offense with 10 set assists.

Bailey Varndell ran the offense for Maplewood with 23 set assists and added 10 digs.

Alli Flook helped on defense for Harbor Creek with five digs, and Izzy Gray ran the offense with 20 set assists.

Also for Curwensville, Jorja Fleming had a kill and five aces and Janessa Snyder two kills.

Kalina Powell got to 20 balls on defense for Brockway while Ciara Morell had eight digs and two aces.

Madigan had a double-double with 15 kills and 16 digs, while Ellee Irwin added nine kills, eight digs, and three aces for the Dragons and Carly Beers had eight kills and 10 digs. Kylie Fehlman also chipped in four blocks and three kills in the win.

Summer Lucks played a key role on defense for Warren with 10 digs, and Halee Mineweaser was her usual reliable self at setter with 26 set assists to go with nine digs and two blocks.

Also for the Bulldogs, Emma Parks had seven kills and two aces, and Kendall Sandrock had 14 digs.

Elliott Schleicher ran the offense for Meadville with 22 set assists while collecting 11 digs, and Meghan Willis had a team-high 18 digs.

Mattera had a double-double with 18 kills and 19 digs while adding four blocks for the Eagles, while Mackenzie Wensel added eight kills, five aces, and three blocks, and Sylvia Prebor seven kills and eight blocks.

Rylee Jones was solid on defense for Conneaut with 18 digs, and Amber Clark ran the offense with 42 set assists.

Jenna Freer served well for the Green Wave with eight aces while adding three digs, three assists, a kill, and a block, and Trinity Lundy ran the offense with 20 set assists while also recording six aces and picking up a pair of digs.

Reiter had 11 kills and 12 assists and Nicklas added eight kills and 14 assists for the Lady Dutch.

Holly Anthony also had eight kills in the win.

Danielle Griebel ran the offense for the Lady Chucks with 15 set assists.

Brady was able to have such a monster game in part because of the setting of Kiran Bugbee, who had 33 set assists while adding five digs.

Makenna Moore was a stalwart on defense for Corry with 11 digs with Tayler Elchynski adding 10 digs and Halle Albers six digs.

Klawuhn and Newton each had seven aces while Netwon added seven kills and 12 set assists.

Kadence Steaffan had a double-double with 11 set assists and 11 digs.

Maria Anderson and Ayanna Ferringer combined for 23 kills in the win for the Berries with Ferringer recording 12 kills and Anderson 11. Both players had three aces as well.

Lillie Kaputa chipped in four aces in the victory.

Bell added three blocks for the Lady Panthers who also got seven kills and five aces from Leah Exley.

Chayse Skinner also had 19 digs for the Oilers, while Emma Stahl had 15 set assists, four kills, and six digs.

Briana Wynn also had three aces for the Rockets, while Kaelyn MacDonald ran the offense with 12 set assists.

Redbank Valley takes Advantage of Second Life in First Set to Sweep Union
Oct. 13, 2021 Volleyball Schedule
This website or its third-party tools process personal data.In case of sale of your personal information, you may opt out by using the link Do not sell my personal information.
×
Manage consent