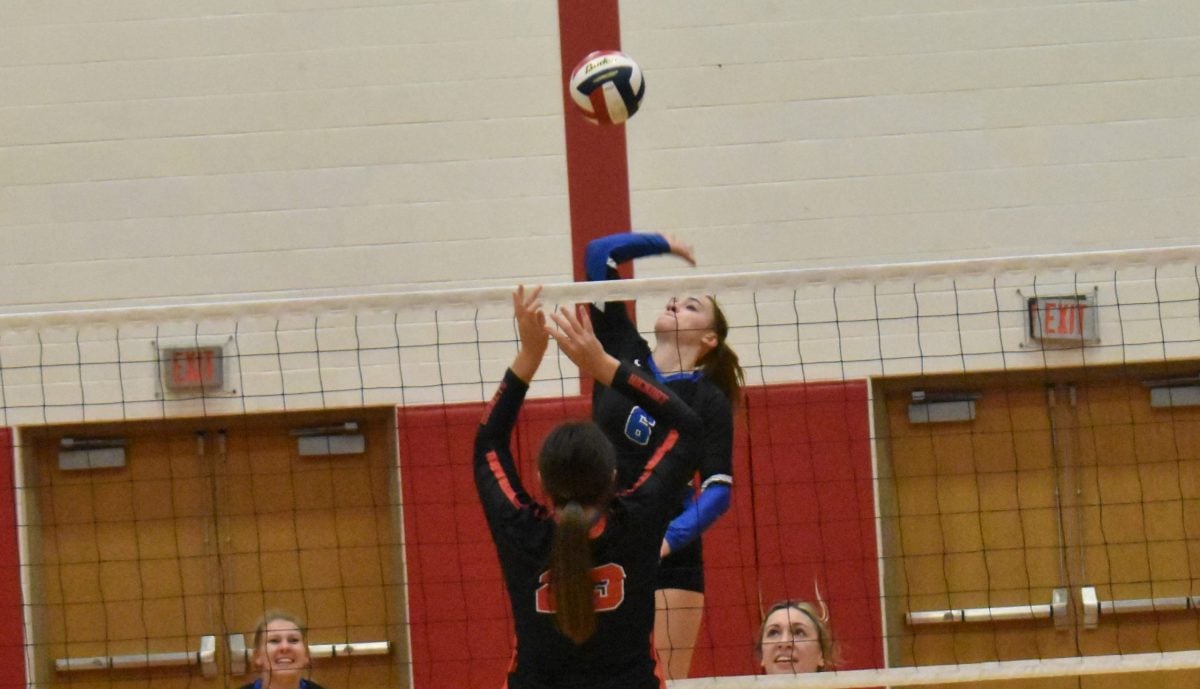 Laine Harrington added 13 kills for the Eagles who also got four kills and three blocks from Sylvia Prebor and four blocks from Ginger Woods.

Payten Karastury ran the offense for the Eagles with 33 set assists and completed a double-double with 10 digs.

“It was a tough loss after winning the first two sets,” Kane head coach Judy Kessler said. “The girls really battled and fought hard. Defensively, we really were on it with 40-plus touches and 10 blocks. Quaker Valley runs a 6-2 and always has three strong hitter at the net who just kept attacking. But, we did a great job of holding them off for most of the match. It was a great match to watch. Both teams just battled from the first point to the last.”:

Quaker Valley will take on WPIAL champion Freeport, a 3-0 winner over Corry, in the quarterfinals Saturday at a site and time to be announced. Freeport beat Quaker Valley, 3-0, in the WPIAL semifinals.

Cadence Jones had 19 kills to lead North East with Grace Sanfilippo adding 30 set assists and 13 digs. Madisyn Szymanowski and Briell King each added 13 digs for the Grape Pickers as well.

Shenango will face District 6 champion Philipsburg-Osceola in the quarterfinals Saturday at a site and time to be announced. P-O beat WPIAL fourth-place finisher Avonsworth, 3-1.

Clearfield, LeBoeuf, GM Advance in 2A Girls Soccer; Karns City Girls, Prep, HC, Mercyhurst Boys Moving On
Varndell Leads Maplewood into PIAA 1A Second Round with Sweep of ECC
This website or its third-party tools process personal data.In case of sale of your personal information, you may opt out by using the link Do not sell my personal information.
×
Manage consent