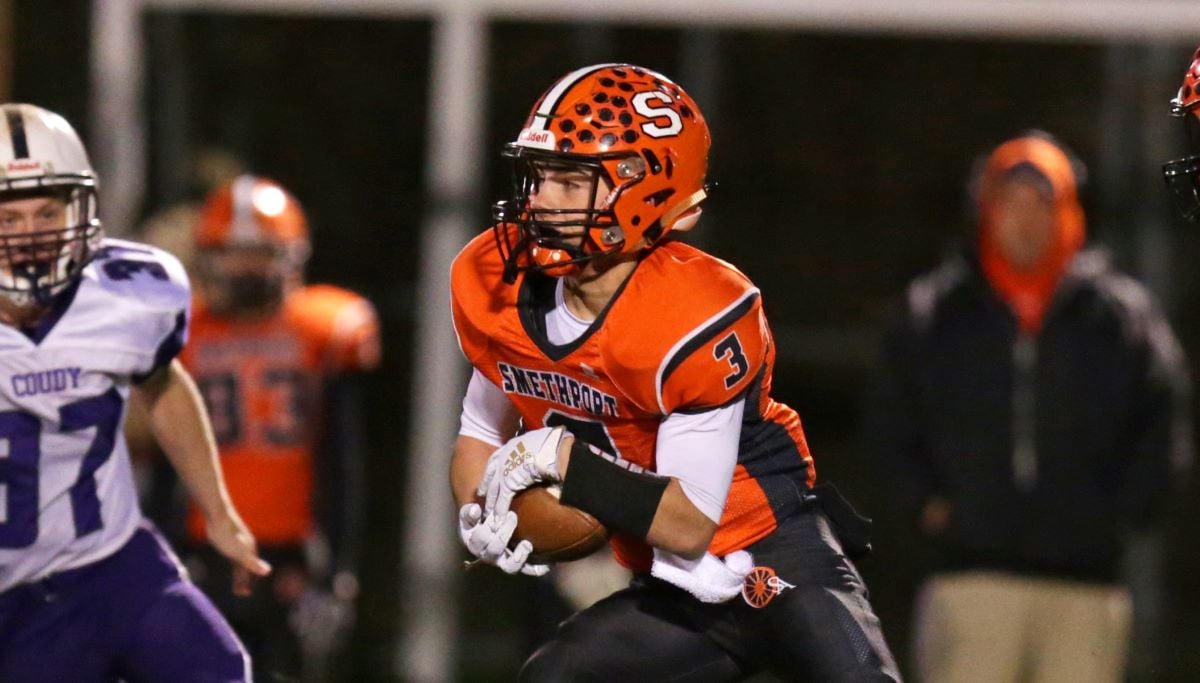 RIDGWAY, Pa. – The 14 public school districts that make up Intermediate Unit 9 in the northern half of District 9 won’t play fall high school sports until Sept. 14 and will most likely play in a “bubble” that only includes each other.

“Following the PIAA’s vote on Friday, Aug. 21, to allow fall sports to be a local decision and in the absence of a response from Governor Wolf and Secretary Levine, the superintendents of the public schools in the McKean, Elk, Cameron, and Potter counties will propose to each of their respective school boards, a regional fall sports schedule with the first week of competition being Sept. 14,” a media release posted on Ridgway’s Facebook page said.

The Sept. 14 start date means that, if approved, football teams from IU-9 schools won’t play their first game until Sept. 18, a week after the rest of District 9 is slated to start. It also means other sports, including golf and tennis, which were slated to start this week and next week, will not start until Sept. 14

According to the release, the athletic directors and high school principals in each of the schools are in the process of revising schedules in preparation for the individual District’s proposals. A meeting of all District 9 athletic directors is expected to take place Tuesday, Aug. 25, several sources have told D9and10Sports.com.

In addition to redoing schedules, the pandemic coordinators within the IU-9 are in the process of revising fall sports health and safety plans and moving those plans forward for approval to each school board.

“Per the PIAA’s position, if each school’s coaches, athletes, officials, and parents/guardians strictly adhere to the school district’s health and safety plan for athletics, student-athletes and coaches should be reasonably safe to play fall sports,” the release posted to Ridgway’s Facebook page said. “Regardless of the precautions in place, there is an increased risk of an exposure to COVID 19 for participants in fall sports. Ultimately, it is the parent/guardian’s decision regarding whether their child will participate. The superintendents and school boards wish to provide student-athletes with every opportunity to have a fall sports season in the safest manner possible.”

The release said the IU-9 schools believe the opportunity for students to participate in athletic and extra-curricular activities is important to their overall mental health and well-being and such experiences create an overall positive school climate.

Some games may be canceled if the spread of COVID-19 is prevalent.

“Each school district’s pandemic coordinator will carefully monitor the extent of community spread in their counties and school districts and will cancel games in order to ensure not risking an exposure beyond an athletic team’s membership in a specific school district,” the release said.

At the current time, no fans will be allowed to view the athletic contests, and each contest will be limited to the participation guidelines set by Wolf and Levine with no more than 250 participants at an outdoor venue and no more than 25 at an indoor venue.

“Those participants include student-athletes, band members, cheerleaders, coaches, directors, officials, game management/help, and ambulance staff (football),” the release said. “Spectators will not be permitted. There will be no concessions.”

Because of no fans being allowed to attend, each school district will make every effort to live stream Fall athletic events to their communities to the extent they are capable, according to the release.

Also, because of the uncertainty of playing a full season, Senior Nights will be planned for early in the season to ensure that seniors are properly honored.

The 14 public schools that are a part of IU-9 include Austin, Bradford, Cameron County, Coudersport, Galeton, Johnsonburg, Kane, Oswayo Valley, Otto-Eldred, Port Allegany, Northern Potter, Ridgway, St. Marys, and Smethport. All but Galeton are members of District 9, while Galeton is a member of District 4 but plays its sports in the District 9-centric Northern Tier League.

Aug. 21 In Between The Lines With D9and10sports.com
Clearfield Solicitor Tells Board He Doesn’t See Liability Issues if Rules Followed
We use cookies on our website to give you the most relevant experience by remembering your preferences and repeat visits. By clicking “Accept All”, you consent to the use of ALL the cookies. However, you may visit "Cookie Settings" to provide a controlled consent.
Cookie SettingsAccept All
Manage consent