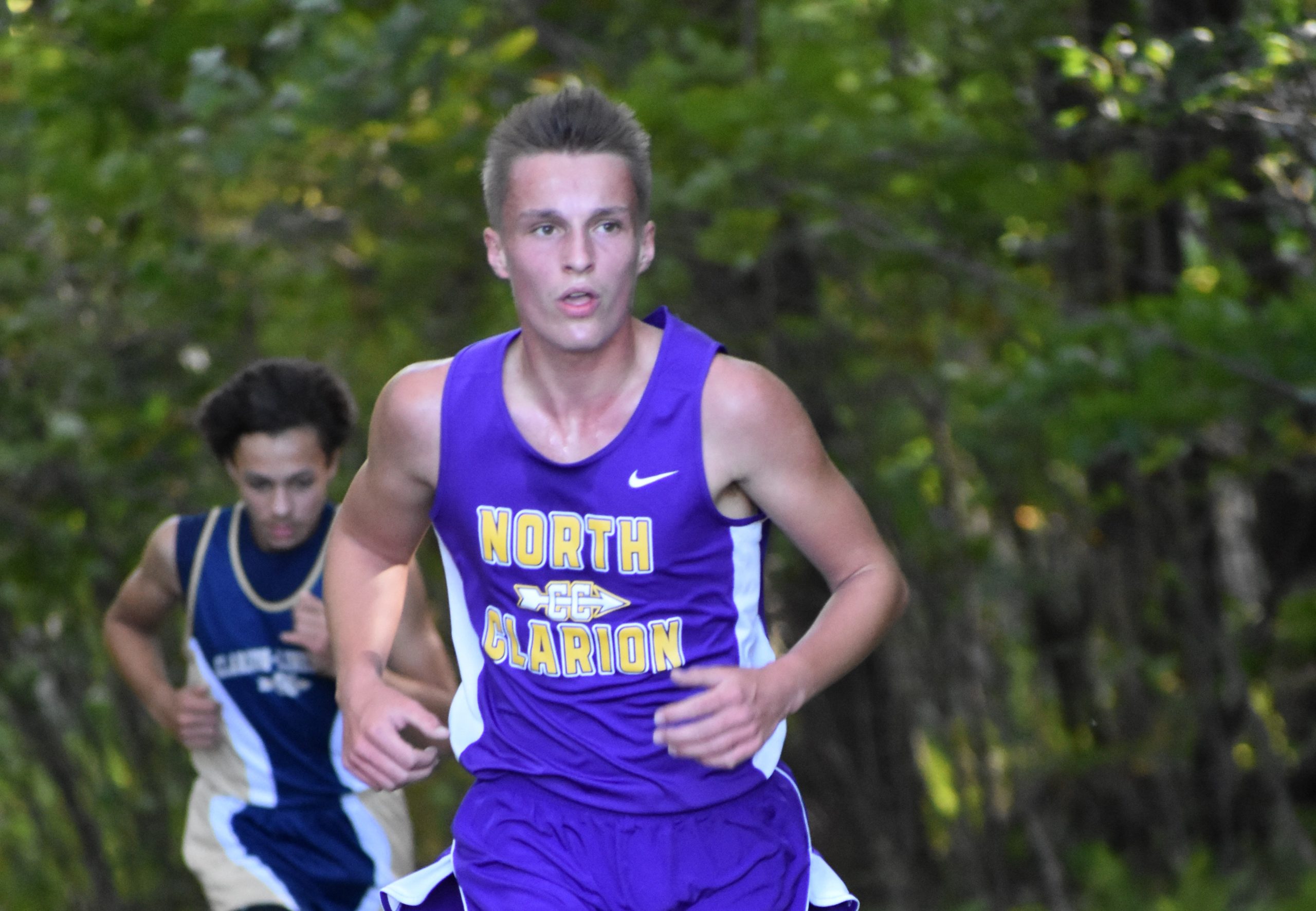 Katie Bauer of North Clarion won the girls’ race, followed by Ciara Courson of CL, with neither team having enough runners to count toward team scoring.

Katie Bauer of NC won the girls’ race and Clara Courson from CL finished 2nd overall. Neither team had enough runners to score.