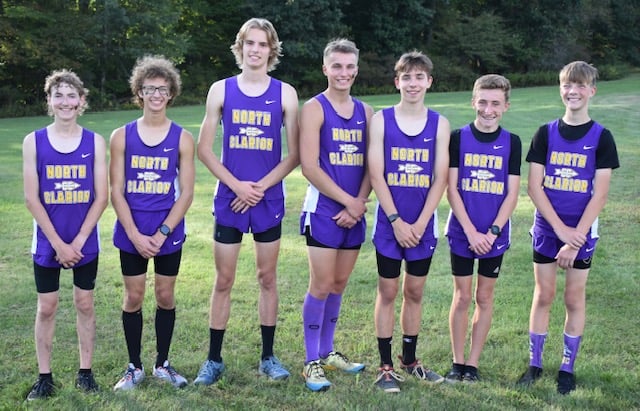 FRILLS CORNERS, Pa. – Aiden Thomas and Gabriel Fair finished 1-2 to lead North Clarion since before 2003, according to records, by a score of 22-33.

Fair was leading the race at the two-mile mark, with Cranberry’s Dalton Wenner, who finished third, right behind him.

North Clarion’s Kaine McFarland edged Cranberry’s Ben Seybert for fifth in a meet that was hotly contested between the top five runners.

There was no team scoring in the girls’ race, which was won by Cranberry’s Kayla Hanna.

Also for DuBois, Brock Smith shot a 42, and Tyson Kennis and Maddox Bennett each carded 43s.

Zach Peters led Curwensville with a 53, while Ayden Sutika and Conner Howell each shot 55 and Landon Bailor 56.