No. 2 Cambridge Springs Powers Past No. 7 Mercer in D10 Class 2A Baseball Quarterfinals 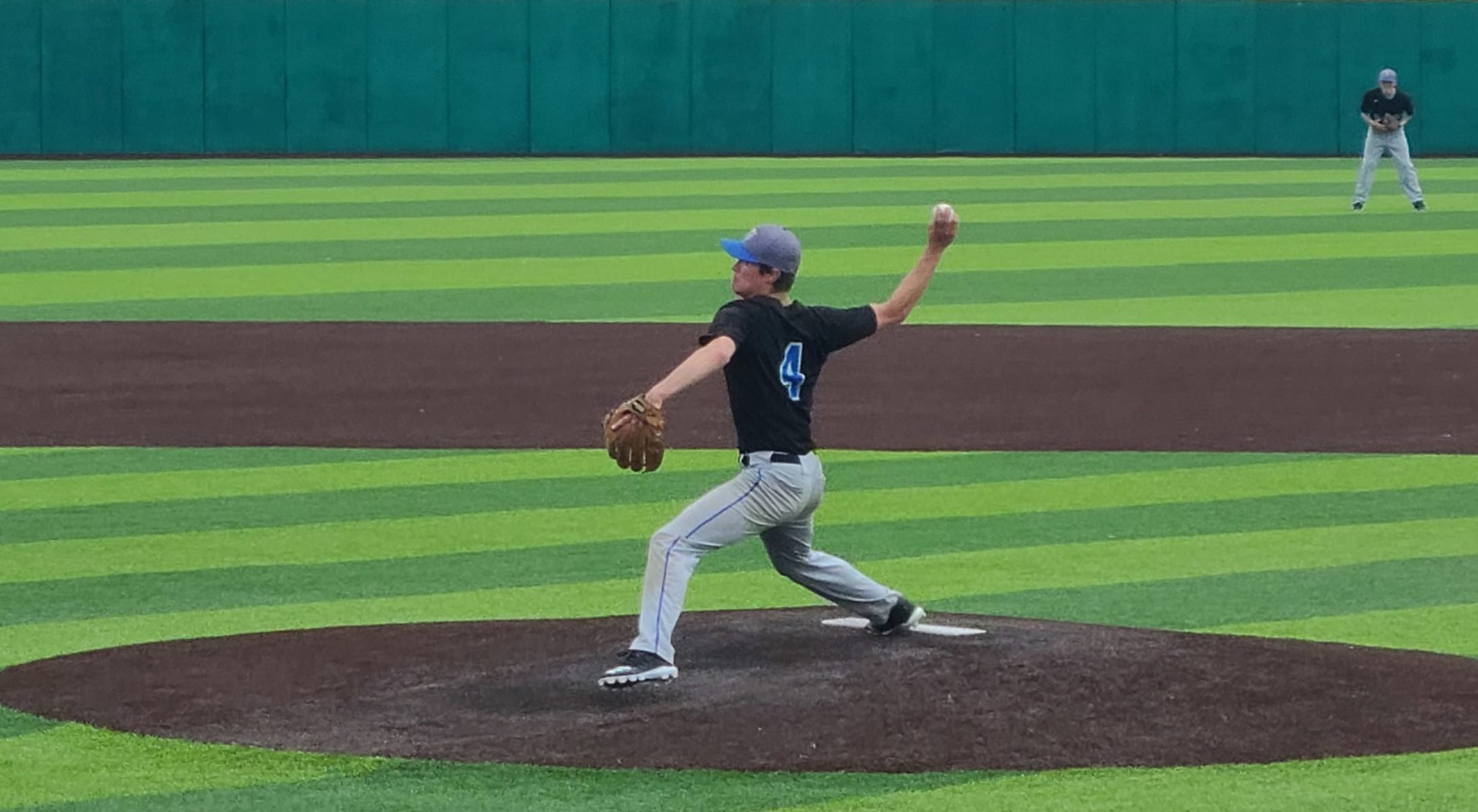 SLIPPERY ROCK, Pa. – No. 2 seed Cambridge Springs put to bed early any thoughts of an upset by No. 7 seed Mercer in the District 10 Class 2A baseball quarterfinals on Monday at Slippery Rock University’s Jack Critchfield Park.

The Blue Devils put up a 4-spot in the first inning and cruised from there, beating the Mustangs 9-3.

With the win, the Blue Devils advance to play No. 3 seed Wilmington, a 10-3 winner over No. 6 Lakeview, on Thursday in the semifinals.

“It’s really fun,” said Cambridge Springs’ Brady Jardina, who had a pair of RBIs in the game. ”I enjoy playing with these guys.”

On the mound, Asa Henderson tossed five strong innings. His only blemish was a 2-run single off the bat of Mercer’s Troy Bachman in the third inning.

“We really got the momentum going to start it off,” Henderson said. “My fastball was working. I got my curveball working, but I was pretty much just pumping strikes with the fastball.”

Henderson tossed a 1-2-3 top of the first inning with a pair of strikeouts, and after that, the Cambridge Springs’ (16-2) bats went to work.

An error brought in the first run, followed by an RBI single off the bat of Jardina. Henderson followed with a walk, and Jardina scored on a wild pitch during Bryce Kania’s at-bat. Kania put the finishing touches on the inning with an RBI groundout.

Those four runs proved to be enough for Henderson and Jaden Grubbs, the latter of whom came on and pitched two innings in relief.

Henderson allowed just two hits, and both of his runs were unearned. He kept the Mercer hitters off-balance with eight strikeouts.

Bachman’s RBI single was set up a walk to No. 9 hitter Owen Sagulla and an error.

No matter, as Trent Wheeler had added to the Cambridge Springs lead in the second inning with an RBI single.

The Blue Devils continued to add on courtesy of a pair of Mercer (5-14) errors, a wild pitch, and a sacrifice fly off the bat of Jardina.

“To be honest with you, the last one I got kind of lucky,” Jardina said. “The first one I saw that one in and I popped it over second base. I was just looking for a good pitch to hit there.”

Cambridge Springs took advantage of a total of four Mustang errors in total.

Harrison Murray gave Mercer its third run on a sac fly in the seventh.

While Cambridge Springs will battle Hickory in one semifinal, top-seed Sharpsville will meet West Middlesex. The Blue Devils got a bye, while the Big Reds earned a thrilling 4-3 win over Eisenhower in quarterfinal action.