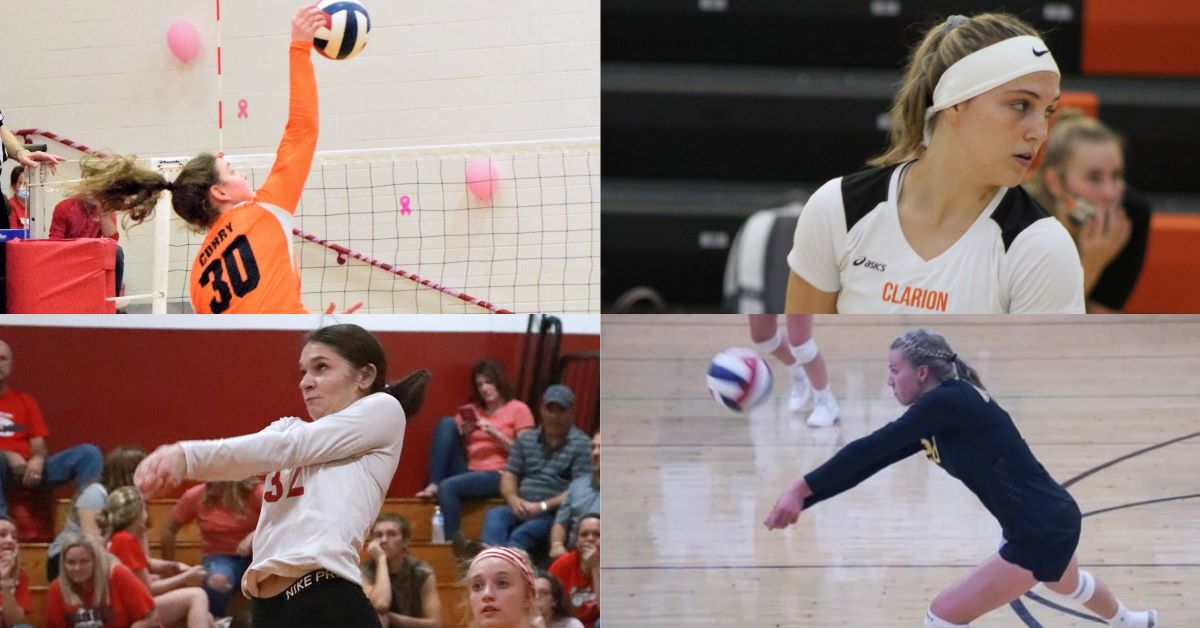 PINE GROVE, Pa. – Nineteen District 9 and District 10 volleyball players have been named All-State in Class 1A and Class 2A by the Pennsylvania Volleyball Coaches Association (PVCA).

Both District 10 players are from Saegertown including junior outside hitter Brittany Houck and junior middle hitter Avery Braymer.

The complete Class 1A team can be viewed here.

Also on the Class 2A team from District 10 are Corry junior outside hitter Rachel Brady and Sharpsville junior middle hitter Cady Benedict.

The complete Class 2A team can be viewed here.

The Class 3A and Class 4A teams have not been announced as of Sunday, Dec. 6.

Conneaut’s Snider Named All American Awards & Engraving D9and10Sports.com District 10 Volleyball MVP; All-District Team Named
Gregory, Bayer, Berchtold, Snider Named All-State Volleyball in Class 3A
We use cookies on our website to give you the most relevant experience by remembering your preferences and repeat visits. By clicking “Accept All”, you consent to the use of ALL the cookies. However, you may visit "Cookie Settings" to provide a controlled consent.
Cookie SettingsAccept All
Manage consent