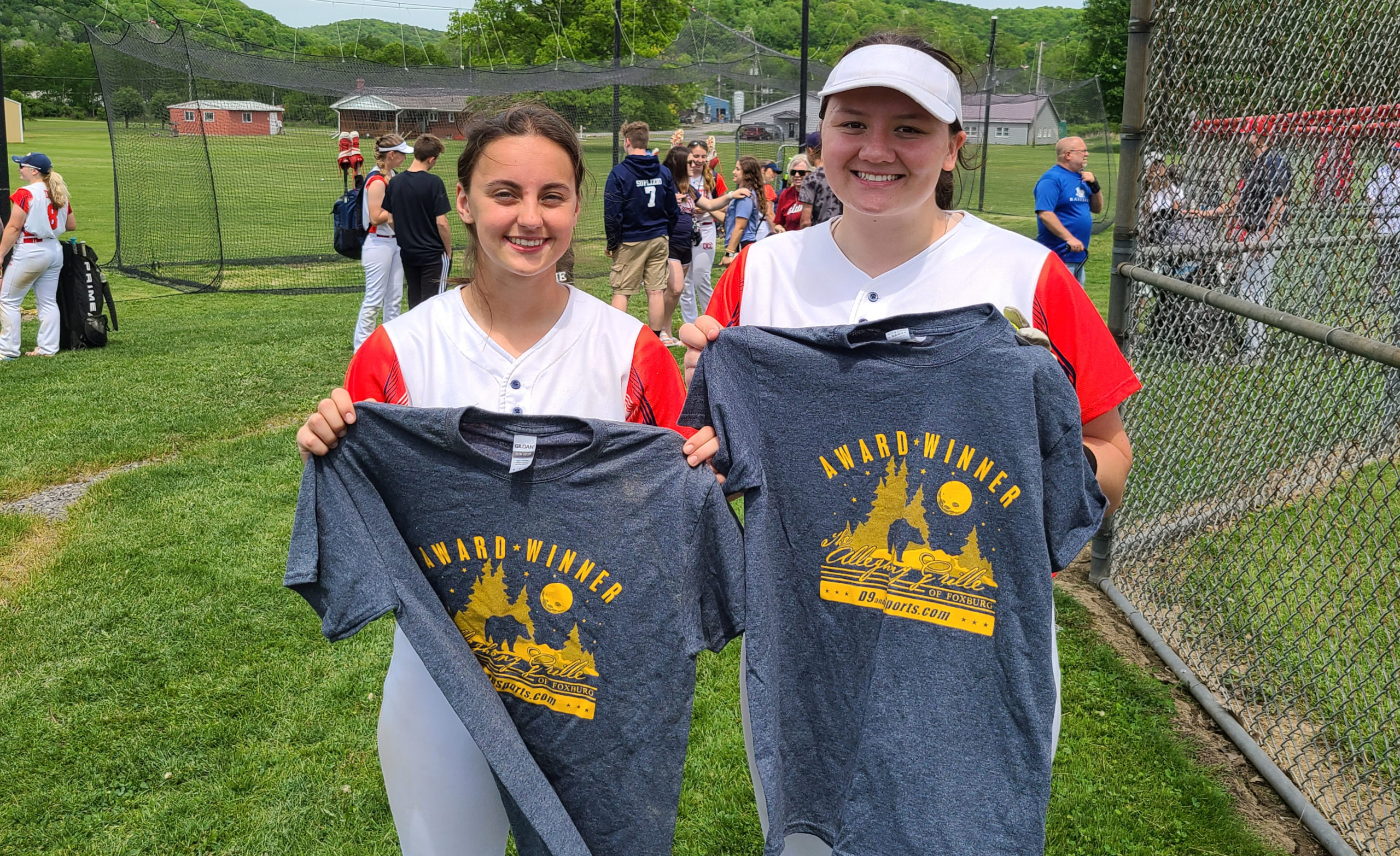 BROCKWAY, Pa. – The hits started coming and they didn’t stop coming for DuBois Central Catholic in the sixth inning of their District 9 Class 1A semifinal game against Clarion on Thursday.

The Cardinals had 8-straight knocks during a 9-run sixth, including a go-ahead 3-run home run from Shyanne Lundy in what turned out to be a 12-6 win over the Bobcats, vaulting the Cardinals into Monday’s title game against Clarion-Limestone.

“You know what, I was in my head the whole game and I just stood in the box, took some deep breaths, and swung on the first pitch which I never do,” Lundy said. “I stopped feeling really anxious.”

DCC trailed 6-3 going into the sixth inning, and it looked as if the Bobcats had all the momentum. That all changed in a hurry.

Lauren Davidson led off the inning with a double, one of two two-baggers in the inning for the DCC second baseman.

Payton Simko got a strikeout for out No. 1 for Clarion, which led to the following sequence – double, single, home run, single, single, single, single, double from Emma Suplizio, Mia Meholick, Lundy, Chelsea Busatto, Melia Mitskavich, Madison Hoyt, Jessy Frank and finally back to Davidson for her second double, which brought in two runs.

“We all had a talk in the dugout before the inning and that really helped us,” Lundy said. “We have got down before and came back.”

It was a remarkable inning to be sure, and Morgan Tyler made it stand with a scoreless top of the seventh.

But that doesn’t tell the whole story.

It was actually Clarion that had all the momentum and looked poised to push its way into the final, courtesy of a 4-run fourth inning.

In that fourth inning, Jordan Best belted a solo home run, and, with two runners on, Kylee Beers delivered a 3-run blast to give Clarion a 4-2 lead.

The Bobcats tacked on two more runs in the fifth on an error and an RBI single off the bat of Simko.

“I think there was a little bit of doubt, but we always push through,” Hoyt said.

Tyler, who missed a large chunk of the season, made key pitches when she had to with zeroes in the sixth and seventh. She allowed four earned runs, struck out 14, and didn’t issue a walk.

Hoyt and Lundy shared Allegheny Grille of Foxburg Player of the Game honors.

For Clarion, Breanna Campbell was 3-for-4 with two runs, while Simko had a pair of hits and an RBI in addition to the home runs from Best and Beers.

Game time for the 1A title game on Monday is set for 11:30 a.m. from Heindl Field in DuBois. Clarion and Elk County Catholic will kick things off with the consolation game from Heindl at 10 a.m.