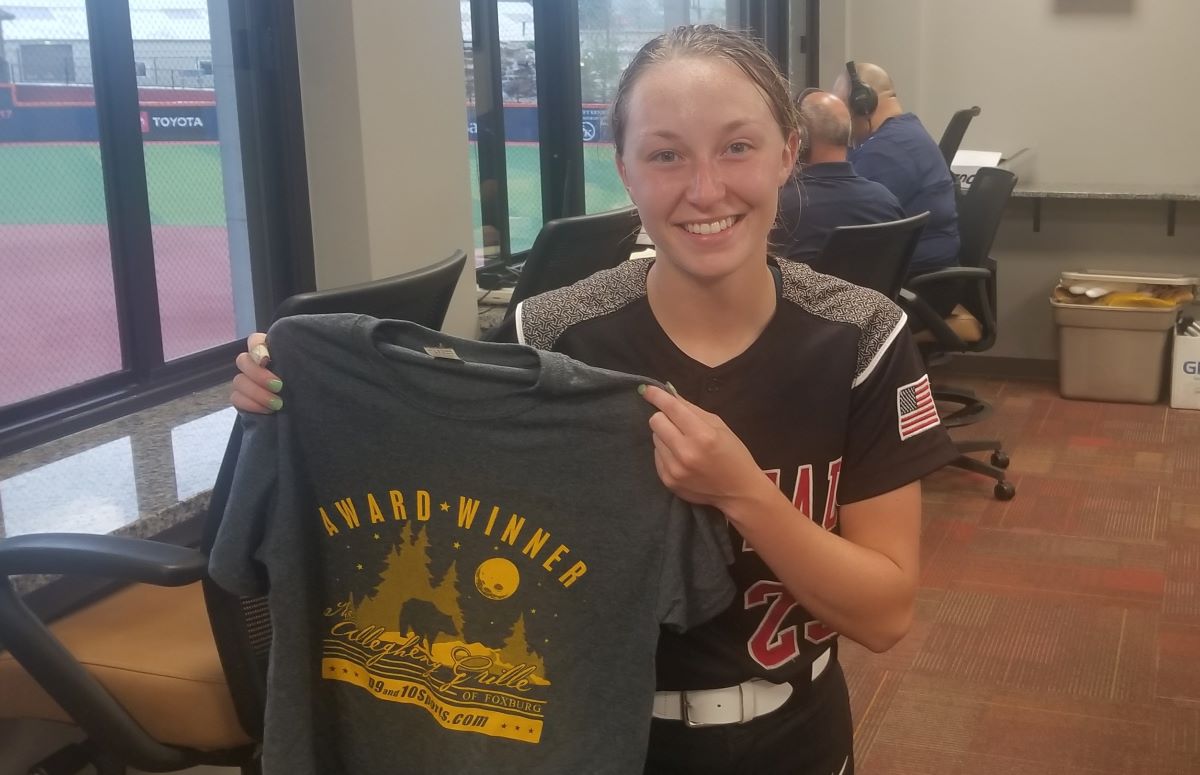 DUBOIS, Pa. – Moniteau took advantage of some shaky Curwensville defense to knock off the Lady Tide, 7-4, in the District 9 Class 2A semifinals Wednesday at Heindl Field in DuBois.

Moniteau then took advantage of two more Curwensville errors in the fifth inning to expand the lead to 7-0.

Those three runs in the fifth proved crucial, as the Lady Tide finally got to Moniteau starter Courtney Stewart in the sixth.

Three straight hits to start the inning, including an inside-the-park home run by Mackenzie Wall, helped Curwensville score four runs in the frame to cut the deficit to three, 7-4.

But, after allowing a two-out single to Rylee Wiggins, Stewart struck out punch hitter Taylor Simcox to end the inning.

Stewart then gave up a two-out double to Freyer in the seventh but got Wall to pop out to shortstop Abby Rottman to seal the victory.

Taylor Schultz played a key role in the win going 1-for-2 with a pair of walks and two runs scored out of the leadoff spot for Moniteau. Schultz was named the Allegheny Grille of Foxburg Player of the Game.

It was aggressive base running by Schultz in the first inning that set the tone for Moniteau.

After she walked leading off, Stewart hit a slow roller to third that Wall, the third baseman, decided to play in fair territory. Wall’s throw was late, and Schultz, noticing no one covered third, sprinted to third giving the Lady Warriors runners at the corners right away.

Schultz then scored on a Rottman groundout with more aggressive base running by courtesy runner Hannah Migliorsi putting Migliorsi at third.

“We’re always just looking for extra bases,” Schultz said. “If there’s no one covering a base you’ve got to get to the next one. It’s what scores runs in games.”

That brought up Emma Covert, and the first of the four Curwensville errors turned out to be a big one.

Harzinski decided to try to tag Covert out instead of tagging the base, and that turned into disaster when Covert knocked the ball out of Harzinski’s glove and ended up at third on the play.

Emily Staab followed with an RBI double to left, and Staab scored when shortstop Abby Pentz threw the ball away trying to get Staab at second.

Shultz got things started again in the fifth with a lead-off single to left.

Stewart followed with a single to left that went through the legs of left fielder Kaylie Shaw allowing Schultz to score and Stewart to go to third.

After Rottman was hit by a pitch, Covert hit a grounder that Pentz couldn’t handle allowing another run to score, and Cover eventually made it 7-0 when she scored on a sacrifice fly to right by Autumn Stewart.

Those three runs were huge when Curwensville got the bats going in the sixth.

Logan Sheeder led off with a rocketed double to left through the legs of Rottman at shortstop, who had no time to react.

Freyer then followed with an RBI single to right, but Freyer, with her team down six, got thrown out trying to go to second on the play.

That was big when Wall followed with a sinking liner to right that right fielder Destiny Travis made a diving attempt on. The ball got past Travis and went all the way to the wall allowing Wall to score on the inside-the-park home run to make it 7-2.

With two outs, Stewart hit Shyanne Rudy and then walked Maddie Butler before Wiggins singled to right scoring Rudy. Butler then scored when Covert, the first baseman, threw the ball away trying to get Butler at third.

“We were (getting nervous,” Shultz said. “He (manager Bob Rottman) was just telling us to take a breath, calm down, we got it. We have another inning to go back and hit.”

Moniteau will take on Keystone in the title game Monday, May 31, at Heindl Field in DuBois at a time to be announced.

“It means a whole lot to all of us,” Schultz said. “Especially because it was such a new team for all of us because COVID took our year away from us. It means a lot for us to come together for this.”

May 26, 2021 D10 Softball: Union City Keeps Rolling; Hanley’s Slam Caps Sharpsville Win Powered by North Washington Rodeo
C-L Continues Magical Run, Slugs Past ECC, Into D9 Class 1A Softball Title Game Powered by North Washington Rodeo
We use cookies on our website to give you the most relevant experience by remembering your preferences and repeat visits. By clicking “Accept All”, you consent to the use of ALL the cookies. However, you may visit "Cookie Settings" to provide a controlled consent.
Cookie SettingsAccept All
Manage consent