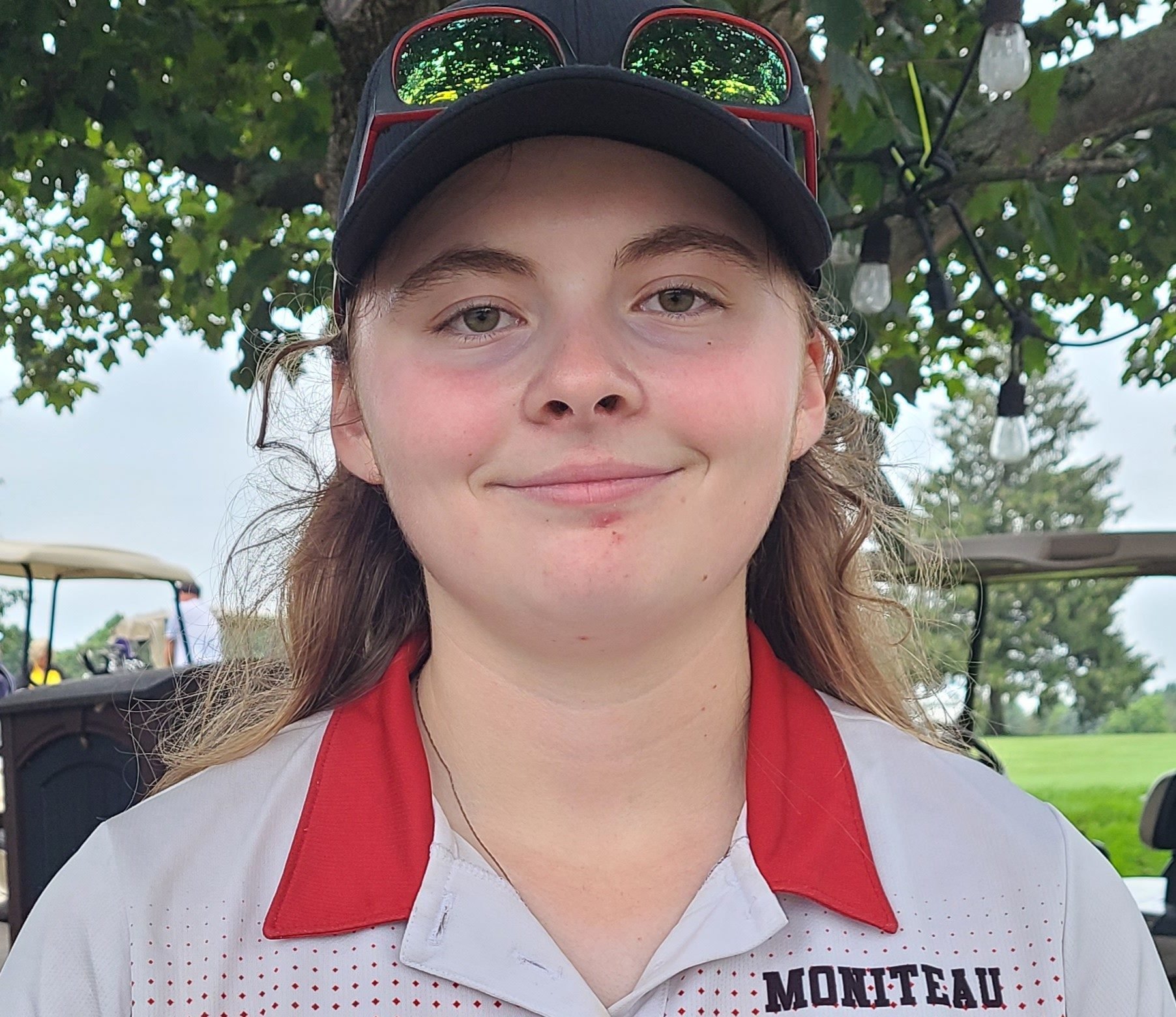 The Warriors finished first in the team standings with 149, outdistancing Cranberry’s 167.

Also for Moniteau, Brynne Barger carded a 50, Kendall Sankey a 53, Victoria Pry a 54 and Autumn Stewart a 55.

For Cranberry, Alaina Hogue shot a 53, Kendall Findlay a 55 and Brooke Whitling a 59.

BROOKVILLE, Pa. – DuBois’ Alexis Pfeiffer shot a 48 for low round and the Brookville Raiders went 4-1 on the day at Pinecrest Country Club.

The Raiders scored matches against DuBois, Ridgway, Curwensville and Brockway, with Punxsutawney not competing.

Curwensville’s Skylar Pentz shot a 51, Ridgway’s Kaitlyn Amacher a 58, Brockway’s Sara Werner a 64 and Brookville’s Audrey Barrett a 64 to lead their respective teams.

FOXBURG, Pa. – Clarion was once again victorious in a KSAC Mega Match at Foxburg Country Club with a team score of 199, 33 strokes better than second-place Cranberry.

Moniteau’s Jacob Felsing had the low round with a 36, followed by Clarion’s Devon Lauer (38), McKayla Kerle (39) and Forest Area’s Ethan Kerle.

Clarion leads in the team standings with 27 points through three matches, followed by Cranberry (24) and Clarion-Limestone (19).

GREENVILLE, Pa. – Greenville’s Nate Stuyvesant and Brandon Stubert each shot 86s to help Greenville to its third Region 1 Mega Match win of the season with a team score of 358.

Mercer’s Eli Ellison had low round with an 80, , followed by Jamestown’s Cole Ternent, who shot an 85.

Greenville’s Ty Csonka and Lakeview’s Adam Snyder had the other sub-90 rounds with 88s.

GROVE CITY, Pa. – Toby Matson’s 37 was low round to lead Grove City to a 161-191 non-region victory over Meadville at the Grove City Country Club.

Logan Goodrich shot a 40, while Ethan Cunningham and Trent Nemec each shot 42.

Two More District 10 Football Games Canceled
Barner, Bizzak Lead Kane Golf to Victory Powered by Hunter’s Station Golf Club
We use cookies on our website to give you the most relevant experience by remembering your preferences and repeat visits. By clicking “Accept All”, you consent to the use of ALL the cookies. However, you may visit "Cookie Settings" to provide a controlled consent.
Cookie SettingsAccept All
Manage consent