Mix of Returning Champs, Rookies at District 4/9 3A Wrestling Championships 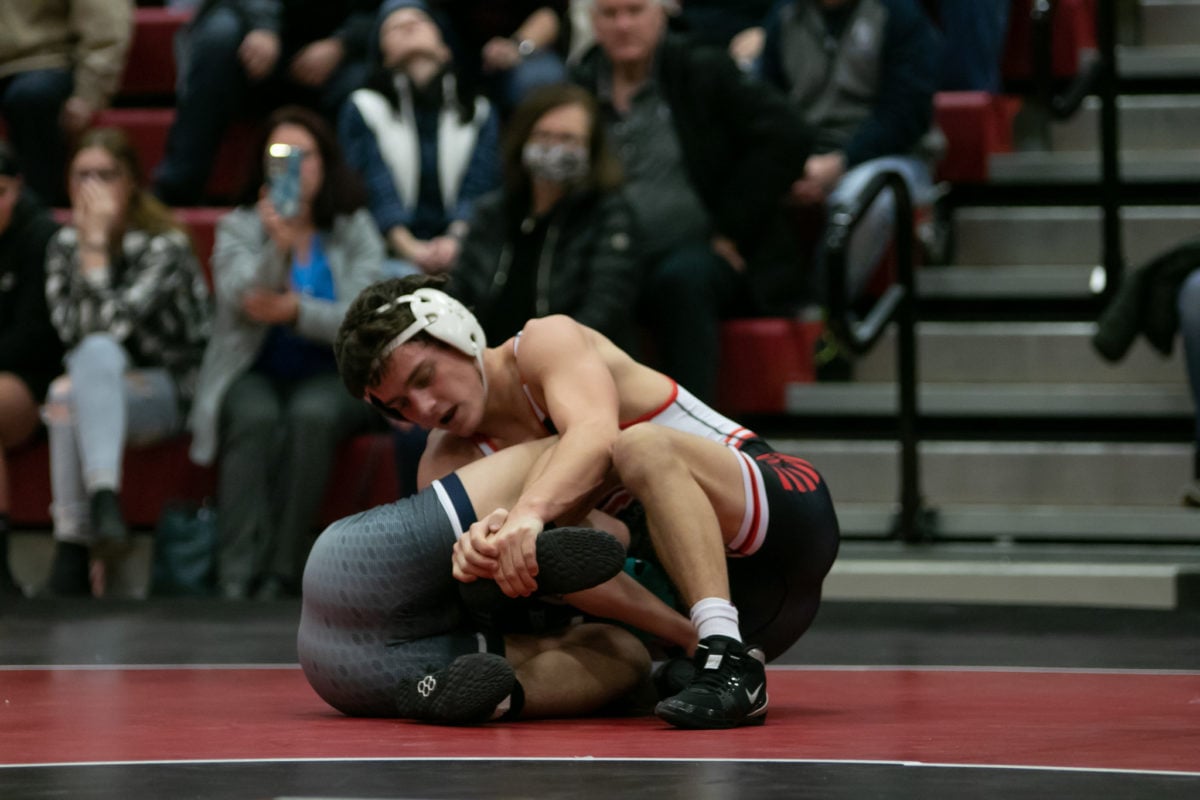 The District 4/9 Championships are scheduled for Saturday at Clearfield High School, with the top four grapplers in each weight class advancing to the NW Regional tournament next weekend in Altoona (March 4-5).

Wrestling starts at 9:30 a.m. Saturday, with the championship and consolation finals slated for 4 p.m. The top four wrestlers in each weight class will advance to next week’s North West Regional tournament. As such, this preview is not intended to be a prediction but looks at those wrestlers who have garnered the top five in each bracket (as determined by District 9 tournament director using a power-point system).

Notes: This will be the first district tournament at the varsity level for all wrestlers in the bracket. Beimel is ranked second in the NW Region and Lukens sixth.

Notes: Wrestling at this weight a year ago, Nasdeo won districts, regionals, and was runner-up at states. He will be looking to earn his third consecutive district crown this outing. Nasdeo is ranked third in the state and first in the NW Region. Reed took third at 106 pounds a year ago. He is ranked fifth regionally. Davis ranked third in the northwest, is a two-time regional qualifier, making the trip to Altoona last year as a 106-pounder. Gould finished fourth at 106 pounds last year. He is ranked sixth in the region. This is Martin’s first district tournament.

Notes: Segraves won districts last year at 113 pounds and was runner-up in 2020. The two-time regional qualifier is ranked sixth in the region. Of the remaining grapplers in the bracket, only Poe has wrestled at the district tournament before. He took third last season as a 113-pounder. Neil is ranked eighth in the NW Region.

Notes: Bower, ranked second in the state and first regionally, qualified for states in 2019 and 2021. He won districts in both those seasons, subsequently taking third at regionals in 2019 and finishing as the 132-pound runner-up in 2021. Orr won districts in 2020 and was runner-up at 126 pounds last year. He is ranked seventh in the NW Region. McGregor (19th in the state, fourth regionally), Aveni (eighth in the region), and Strouse will be making their first appearances at districts.

Notes: Ranked sixth regionally, Barr has never finished lower than third at his three prior district tournaments. This was good enough to qualify for regionals in 2019 and 2020. Aughenbaugh ranked fourth in the NW Region, won districts last year at 120 pounds. Thompson finished second at districts and qualified for regionals in 2020. Though Thompson spent much of the season at 145 pounds, is ranked fifth regionally. Keener, making his districts debut, is ranked third in the northwest. Turner will be wrestling in his second consecutive district tournament.

Notes: Bower, ranked fourth in Pennsylvania and second in the NW Region, is a three-time district champ and two-time regional titlist. He won his first medal at Hershey last year, finishing sixth at this weight. Ranked 24th in the state and fifth regionally, Mitchell was a regional qualifier in 2020. Freeland qualified for regionals in 2020 and 2021, after finishing third and second at districts, respectively. He is ranked eighth in the region. Wolfanger is a district first-timer. Paradis qualified for regionals in 2020.

Notes: Weaver has won districts the past two seasons, doing so at 120 pounds last year. A state qualifier in 2020, he is ranked 19th in Pennsylvania and third in the NW Region. Gaugler, ranked 20th in the state and fourth regionally, will be looking to win his first district title after finishing as the runner-up the past three years. Dellaquilla qualified for regionals in 2019 and 2020. He is ranked 21st statewide and fifth regionally. Smith, ranked seventh in the regional poll, is a two-time regional qualifier. He was district runner-up at 152 pounds last season as a sophomore. Kline advanced to regionals for the first time last year after finishing as the district runner-up at 145 pounds. He is ranked eighth in the NW Region.

Notes: Sempko is ranked 10th in the state and first in the region. He qualified for regionals in 2019 and 2020. A three-time regional qualifier, Morrone had his best campaign last season. As a 152-pound junior, he won districts, was runner-up at regionals and appeared in his first state tournament. Morrone enters districts 12th in the state poll and second regionally. Foss finished fourth at districts last year as a 152-pounder. He is regionally ranked eighth. Laktash won districts in 2020. He is ranked fourth in the region. Miller, ranked seventh regionally, will be wrestling in his first district tournament.

Notes: Wehler won districts in 2021 at 189 pounds. He is ranked seventh in Pennsylvania and first in the NW Region. McGonigal, ranked 13th in the state and fourth regionally, is a two-time district champion, having won in 2019 and last year as a junior at 215 pounds. He’s a two-time state qualifier, advancing in 2019 and 2020. Wolfe qualified for regionals in 2019, just missing last season when he finished third at 172 pounds. He is ranked 11th in the state poll and second in the region. Miller and Martz are wrestling at districts for the first time.

Notes: Ranked 16th statewide and third regionally, Kovalick won districts in 2020. Miller is a two-time regional qualifier, finishing third at districts in 2020 and second at 189 pounds in 2021. He is ranked 21st in the state and fourth in the region. Whereas Rebuck and Harris will be making their district debuts, Lundy appeared in 2020 and qualified for regionals.

Notes: Crews has finished third at regionals the past three seasons, making it to regionals in 2019 and 2020. He is ranked sixth in the state and first regionally. Billotte, ranked seventh statewide and second regionally, advanced to states the past two seasons after finishing second at regionals each time. He placed eighth at the state tournament in 2020. A district champion in 2020, he was third in 2019 and second in 2021. Gallagher is ranked fifth regionally. He finished third at the district tournament last season wrestling as a 215-pounder. VanKirk was fourth at districts a year ago, while this will be Easton’s first time on the district tournament mats.

Feb. 24, 2022 D9/D10 Bball Scores Powered by Janney Montgomery Scott in Clarion
Star-Studded Field Set For District 10 Class 2A Wrestling Championships
This website or its third-party tools process personal data.In case of sale of your personal information, you may opt out by using the link Do not sell my personal information.
×
Manage consent