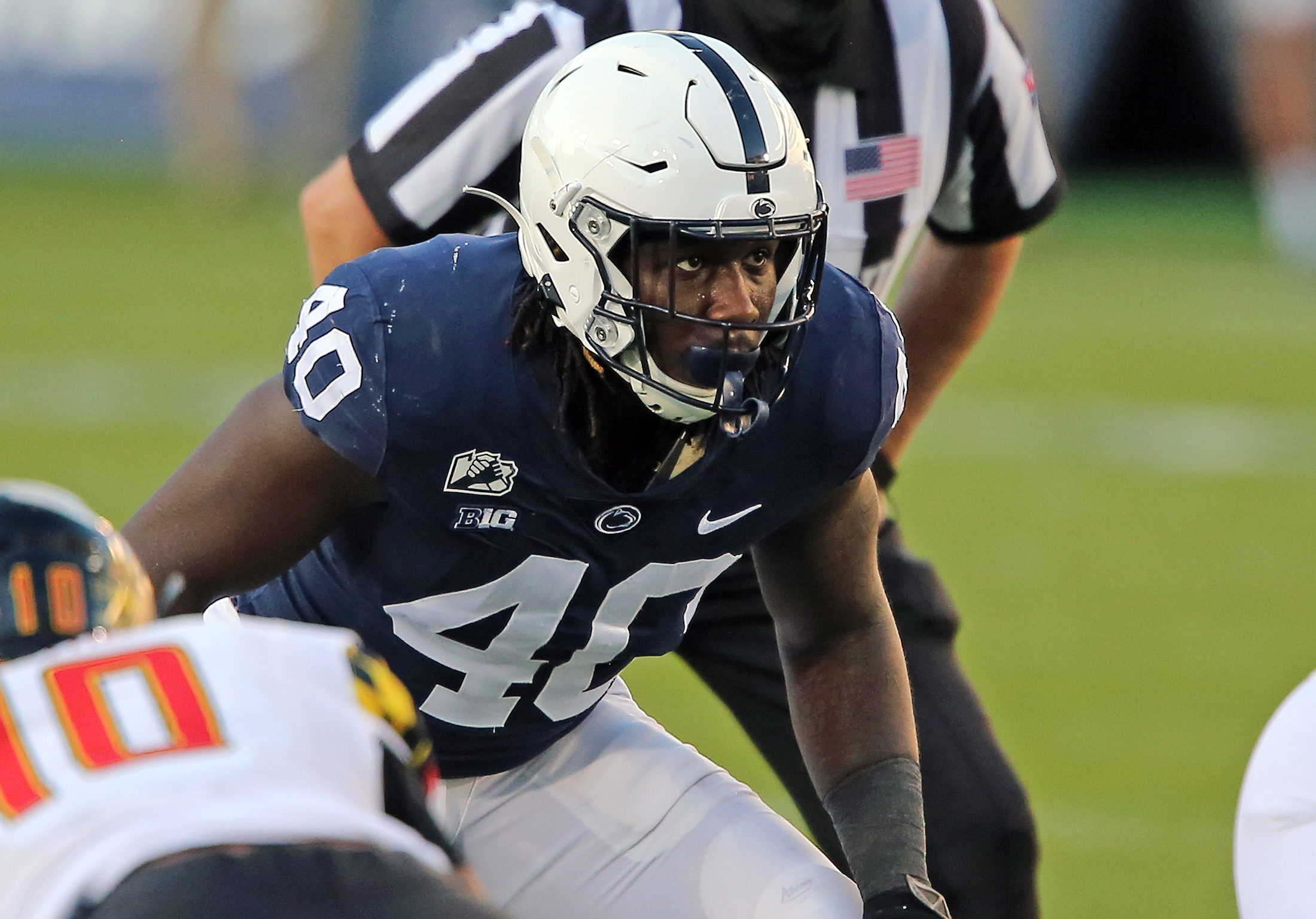 LAS VEGAS, Nev. – Former Mercyhurst Prep football standout and Penn State linebacker Jesse Luketa was selected in the seventh round of the 2022 NFL Draft by the Arizona Cardinals on Saturday.

Luketa, who came to Erie by way of Ottawa, Ontario (Luketa went to Erie First Christian, which had a co-op with Mercyhurst Prep) starred for the Lakers and head coach Jeff Root. Luketa helped the Lakers to a 10-1 record and a District 10 Class 3A runner-up finish his senior season (2017). He was also named Pennsylvania Football News (PFN) Class 3A Defensive Player of the Year in 2017, accumulating 69 tackles and four interceptions.

With the 256th pick in the 2022 Draft, the Cardinals select LB Jesse Luketa. pic.twitter.com/lRQM85jhhy

In his final season for the Nittany Lions, Luketa registered 61 tackles, including 8.5 tackles for loss and an interception return for a touchdown against Ball State.

Luketa was one of the final picks of the draft, going at No. 256 overall (there were 262 selections).

You are not only a great football player, but most importantly you’re a great person. The @AZCardinals are gaining a selfless, motivated leader & teammate. You will always be family & I will always be here for you! https://t.co/KtVdftP2Ps pic.twitter.com/Vw8IPfGorO

He was also the eighth and final Penn State player selected, a group that was led by wide receiver Jahan Dotson, who went in the first round at No. 16 overall to the Washington Commanders.

Pair of D9 Alums Help GCC Men’s Track Take 2nd at PAC Championships
CASH Grad, Former Slippery Rock U. Standout Litwin to Sign With Chicago Bears
This website or its third-party tools process personal data.In case of sale of your personal information, you may opt out by using the link Do not sell my personal information.
×
Manage consent