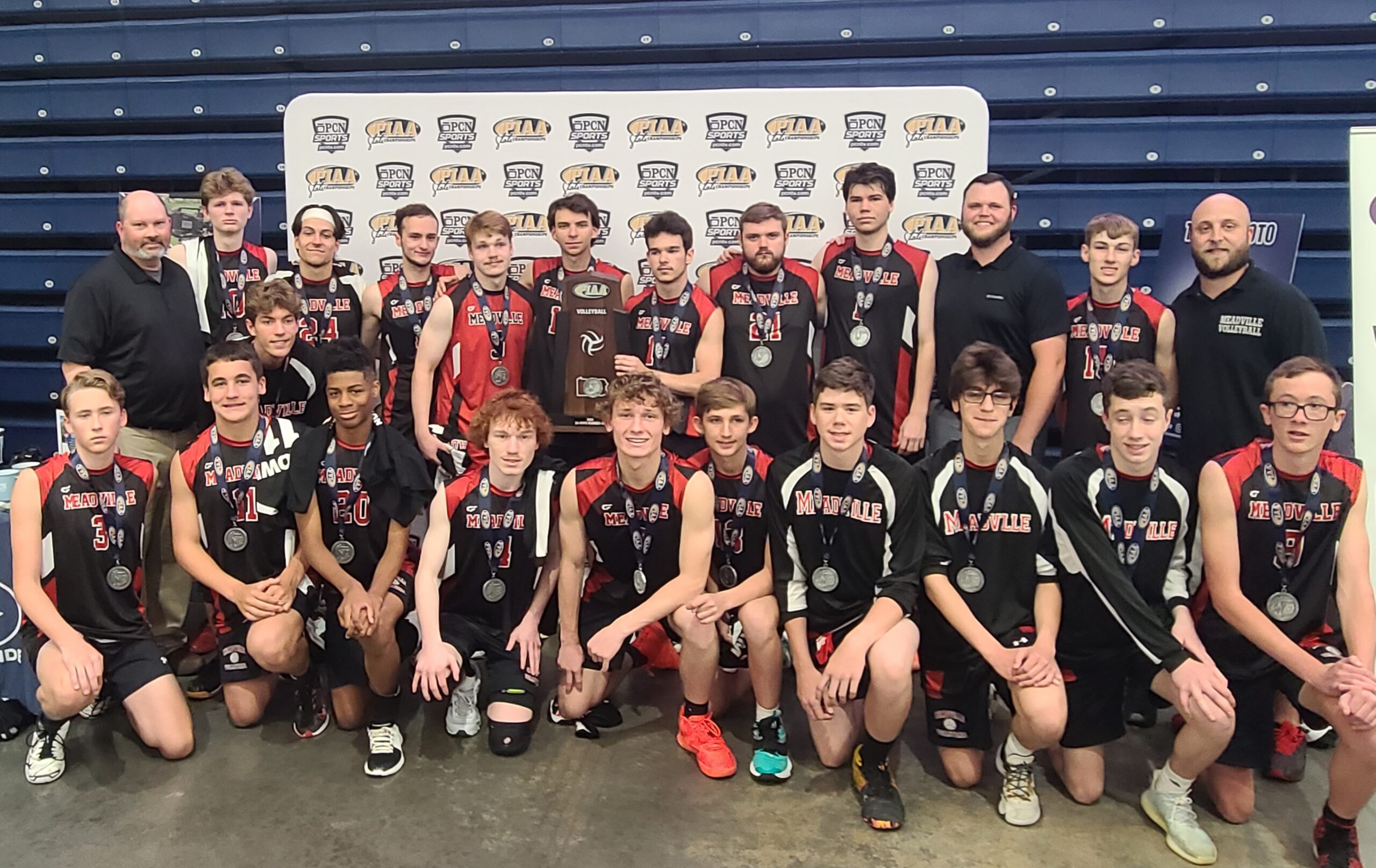 UNIVERSITY PARK, Pa. – For the second year in a row, the Meadville Bulldogs felt heartbreak in the PIAA Class 2A volleyball championships against Lower Dauphin.

“We played a good match,” said Meadville coach Nick Bancroft. “These kids gave it everything they had. There’s nothing to be ashamed of.”

Meadville takes a 2-1 lead in the match with a 25-19 win in third set pic.twitter.com/IUioVrErZk

The Bulldog senior class reached the state title match in all three years they competed (there was no season in 2020 due to COVID), winning the title in 2019.

“I’m definitely going to remember this,” said senior Julian Jones, who finished with 11 kills and six digs. “Had the opportunity to play for four years, three years, whatever it was. Going to three state championships is really special.”

The Bulldogs looked poised to capture the title with a 25-19 win in the third set. Jackson Decker led the way in the third, with two of his 30 kills finishing off the set as the Bulldogs pulled away after it was deadlocked at 13.

Lower Dauphin showed the resiliency of a champion, however. Led by big swings from Derick Colon, Liam Carney and Luke Gibbs, the Falcons went on a quick 3-0 spurt after the score was tied at 15 apiece and never trailed again in the set, or the match.

Gibbs and Colon had a pair of big kills to help stave off a Meadville rally, as the Bulldogs got within one at 18-17 before LD went on a 7-3 run to close the set.

“I thought the whole time we battled,” Bancroft said. “These kids have been resilient all year and we weren’t going to go down without a fight.”

The fifth and deciding set was all Falcons, as they jumped out to a 6-2 advantage after the score was tied at 2-2. Back-to-back kills from Carney and Gibbs made it 11-3 and the Falcons were on their way to the title.

It was a tough ending for the Bulldogs, who hadn’t dropped a set in the PIAA playoffs.

“I think they continued to remain consistent,” Bancroft said of Lower Dauphin’s rally. “They didn’t make a whole lot of errors and they kept the pressure on. Their setter runs a really nice offense and they all contributed and made plays when they had to.”

It was a tight battle early on, with neither team leading by more than three in the first set until Meadville, leading 20-19, closed the set on a 5-0 run.

Setter Caden Mealy set Decker time and again, as Decker had three kills during the run to close the set.

“Jackson is a good offensive weapon,” Bancroft said of his junior hitter. “We’re happy to have him back next year.

The second set belonged to the Falcons. With the score tied 4-4, LD proceeded to go on a 12-6 run and controlled it the rest of the way. Carney, Gibbs and Colton Waters all had kills during the charge, and setter Will Sierer served as the catalyst.

Trailing 22-15, Meadville made a late surge to get within two, 24-22 after a kill by Decker, but the Falcons were able to close it out.

Cameron Schleicher added six kills for the Bulldogs, who finish their season with a record of 20-1.

“It’s tough,” Decker said. “We came in here and gave it our all, we just came up a little short.”

Despite that, the Bulldogs left Rec Hall with their heads held high.

“We all love each other, we’re all great friends outside of volleyball,” Jones said. “This is just a bonus. Even after we go home on the bus, we’re still going to talk to each other. It’s not going to be silent. Our young group of guys coming up, I’m sure they’re going to be able to do something really special too.”

PIAA Announces Sites/Times for Baseball/Softball Semifinals
Punxsutawney, DCC Baseball Teams Looking for Trip to PIAA Title Games Powered by North Washington Rodeo
This website or its third-party tools process personal data.In case of sale of your personal information, you may opt out by using the link Do not sell my personal information.
×
Manage consent