Meadville Set for Battle with Jersey Shore in 4A Quarterfinals, Prep Meets Familiar Foe Imhotep in 5A 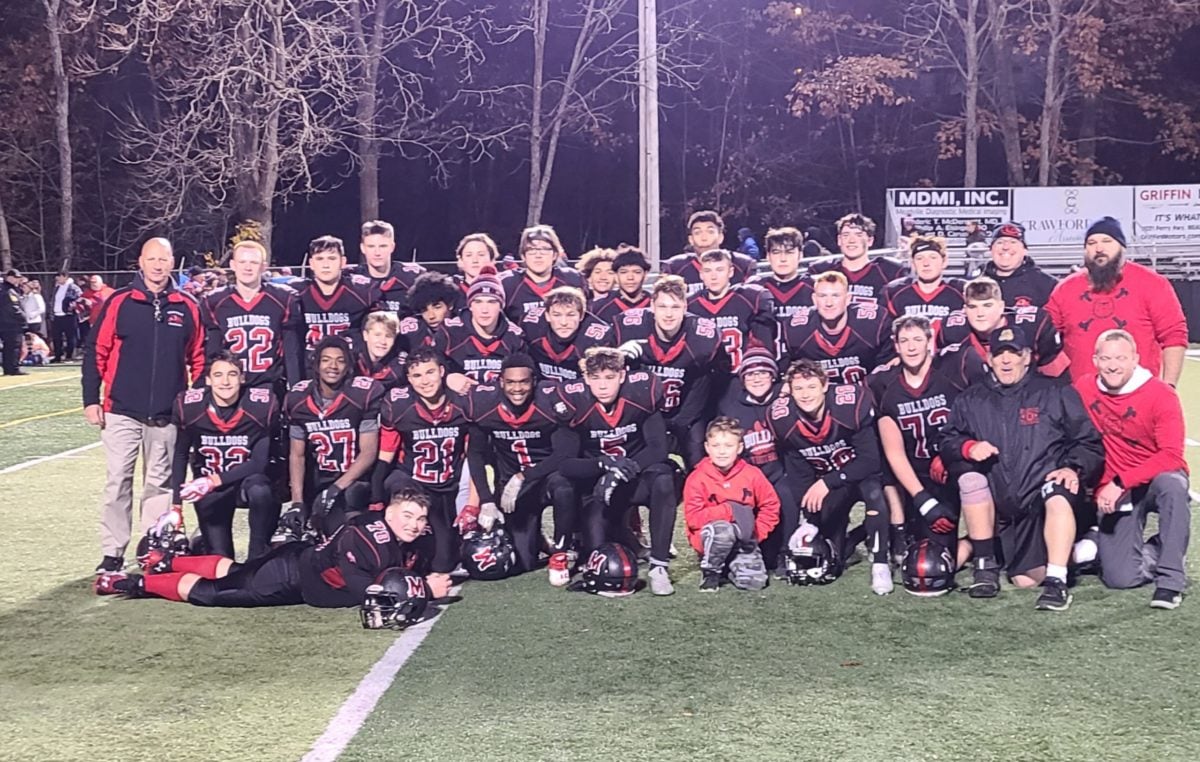 Meadville is coming off a thrilling 34-27 win over Juniata last week in the first round of the PIAA Class 4A playoffs, while Cathedral Prep took it to East Stroudsburg South, 69-20 in Class 5A.

On Saturday, both teams will look to punch their ticket to the state semifinals when Meadville takes on unbeaten Jersey Shore and Cathedral Prep does battle with fellow traditional power Imhotep Charter.

Here’s a look at each game:

The Bulldogs look to make history by advancing to their first PIAA semifinal in program history when they take on their fellow Bulldogs brethren.

Meadville, meanwhile, is coming off its first District 10 title since 2016 and the win over Juniata last week. They also won a first-round game in 2016 before falling in the quarterfinals round.

Meadville jumped out to a 20-0 lead last week before Juniata rallied to tie the game at 27-27. Khalon Simmons’ 91-yard touchdown run late in the fourth quarter helped propel them to victory.

Simmons and recently crowned Region 5 Player of the Year Griffin Buzzell have been brilliant this season, running behind a dominating and physical offensive line. On the season, Simmons has 1,811 yards and 30 touchdowns, while Buzzell has accounted for 1,398 yards and 19 scores.

Amarri Lewis has also emerged in the postseason, accounting for over 70 yards on the ground for Meadville last week. He also came up with the game-sealing pass deflection against Juniata last week.

Defensively, Buzzell has been a leader for the Bulldogs, accounting for 126 tackles, including 14 tackles for loss and six sacks. Lewis has 83 tackles on the season, Brighton Anderson 67 tackles and (13 for loss) and Rhoan Woodrow 65 tackles (11 for loss). Simmons leads the team with three interceptions.

They will be tasked with stopping a Jersey Shore team that comes in averaging 39.8 points per game and beat Allentown Central Catholic last week, 20-7.

Jersey Shore can get it done both on the ground and through the air. Junior running back Hayden Packer leads the team with 1,122 yards and 19 touchdowns, averaging 6.2 ypc. Quarterback Brady Jordan is a true dual-threat, running for 957 yards and 13 touchdowns while throwing for 1,712 yards and 15 scores.

The winner moves on play the winner of the Aliquippa-Belle Vernon game in the PIAA semifinals next week.

The Ramblers are back at Bald Eagle this time against a foe who they have history with Imhotep.

In the win over East Stroudsburg South, the Ramblers scored 48 points in the first half. Carter Barnes threw for 277 yards and a pair of touchdowns to Wakeem Page. Mike Parks had three rushing touchdowns and Suhtaun Lewis two.

Barnes has been adept both running and throwing this season for the Ramblers, who have scored at least 40 points nine times this season and come in averaging 47.3 points per game. He has thrown for 1,413 and 21 touchdowns to just three interceptions. He has also rushed for 447 yards and 13 scores.

The Rambler offensive line has been very good this season, paving the way for Parks, who has 1,442 yards and 17 touchdowns. Lewis has 698 yards and nine scores.

Kelyn Blossey leads the Prep defense with 83 tackles, while Parks has 10 tackles for loss. Crawford leads the team with five interceptions and Simon and Bridges three each. Jake Pollock has a team-high five sacks for a defense that is allowing 18.5 points per game.

That offense will be tasked with moving the ball against a Panther team that has allowed just 53 points this season, which includes wins over the likes of DeMatha (Maryland) and most recently Father Judge (42-7) for the District 12 title.

The Panthers are led by a pair of high-profile recruits in defensive end Enai White (6-5, 230) and linebacker Keon Wylie (6-2, 210). White is uncommitted and ranked at the No. 20 player nationally by 247 Sports, with offers from the likes of Alabama, Georgia and Ohio State. Wylie, meanwhile, is committed to Penn State. Fellow linebacker Khalif Kemp is committed to Temple.

Jabree Wallace-Coleman rushed for 101 yards and a touchdown in the win over Father Judge. Mikal Davis threw for 114 yards, including a 48-yard touchdown to RJ Atkinson.

Offensively, the Panthers are averaging 30 points per game.

The winner gets the winner of West Chester Rustin and Strath Haven in the semifinals next week.

Eight Curwensville Football Players Earn ICC Honors
Nov. 26-27 Football Schedule with Links to Broadcasts
This website or its third-party tools process personal data.In case of sale of your personal information, you may opt out by using the link Do not sell my personal information.
×
Manage consent