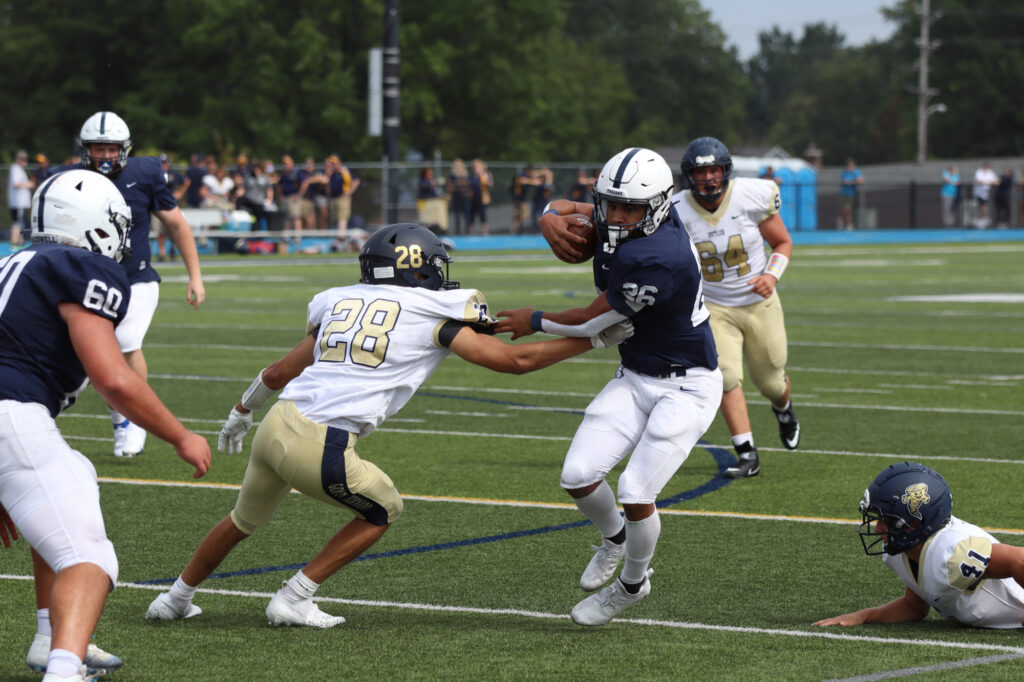 Simmons also had 49 receiving yards and scored on runs of 80, 59, and two yards, a performance that earns him the 2022 YDL Sports Network D9and10Sports.com District 10 Jim Kelly Football Player of the Week Award Powered by the Allegheny Grille of Foxburg.

Two of Simmons’ touchdown runs came in the first half as the Trojans built a 42-28 halftime lead.